Local stocks set to snap back from 2020 losses South Africa’s benchmark equities index is set to erase its 2020 drop, staging a spectacular snap-back from its March trough following a surge in shares of market heavyweight Naspers and a stellar performance by gold miners.

The FTSE/JSE Africa All Share Index gained as much as 2% on Tuesday and has climbed more than 50% from its March 19 low to be 0.6% higher for the year on an intraday basis. South African stocks have outpaced developing-nation peers, with the MSCI Emerging-Markets Index still down 3% for 2020, while the Stoxx Europe 600 Index remains down by about 9%.

The enormous rally has been fuelled by hopes of a vaccine, but primarily by global central banks stepping up
Henre Herselman

Naspers has contributed most to the rebound, with the tech investor up 44% this year as the Covid-19 lockdown increased demand for online services provided by Chinese internet giant Tencent, in which the Cape Town-based company holds a 31% stake.

The gains in the benchmark index have little to do with confidence in the local economy and more with a wave of stimulus from major global central banks that has spurred investor demand for riskier assets. South Africa’s Treasury forecasts that gross domestic product will contract 7.2% in 2020, the most in almost nine decades, due to the coronavirus pandemic and restrictions put in place to curb its spread.

“The enormous rally has been fueled by hopes of a vaccine, but primarily by global central banks stepping up, providing almost unbelievable stimulus packages and reassuring markets that they are here to provide liquidity,” said Henre Herselman, a derivatives trader at Anchor Private Clients. 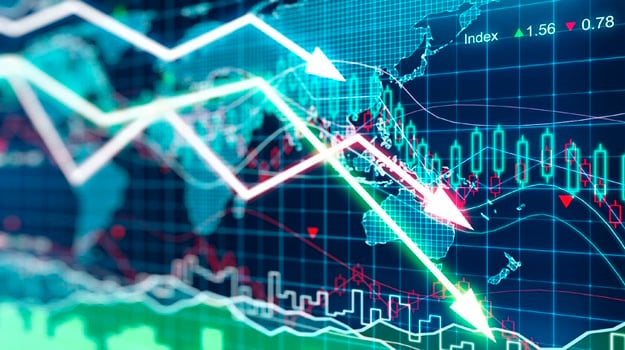 An index of South African gold producers has more than doubled this year as bullion closes in on its all-time high set in 2011. Investors have piled into the haven asset at a time of deeply negative real interest rates and geopolitical risks.

“The recovery in the South African market has largely been driven by heavyweight industrial and resources shares,” Herselman said. “The search globally for yield, as global interest rates are at record lows has filtered into the bond market, but not the South Africa-focused shares broadly speaking.” – Bloomberg

We live in a world where facts and fiction get blurred
In times of uncertainty you need journalism you can trust. For only R75 per month, you have access to a world of in-depth analyses, investigative journalism, top opinions and a range of features. Journalism strengthens democracy. Invest in the future today.
Subscribe to News24
Related Links
Stocks fall to 2013 low as Covid-19 steps worsen woes
Rand, stocks take hit as coronavirus and rating-cut fears bash SA
20 investment tips for 2020
Next on City Press
Climate change: ‘Cooling gap’ widens, despite rising heat, as pandemic hikes poverty