Necsa still has a nuclear role to play 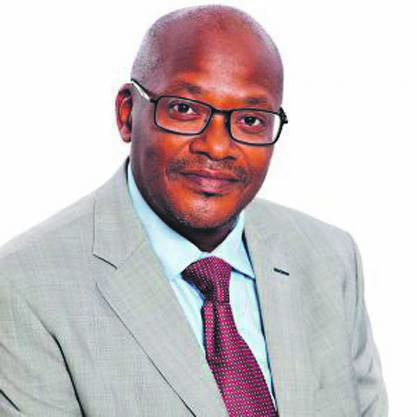 South Africa has played a significant role in global nuclear development, which is important to put into perspective.

US President Dwight Eisenhower’s Atoms for Peace speech given in 1953 was the catalyst that resulted in the development of a programme in which the US transferred nuclear technologies, originally developed for military reasons, to civilian use. On the strength of its uranium resources, South Africa is one of the founding members of, and therefore has a permanent seat on, the board of governors of the International Atomic Energy Agency, founded in 1957.

A nuclear research reactor, called the South African Fundamental Atomic Research Installation (SAFARI-1), was commissioned at Pelindaba, in what is now North West, in March 1965. This reactor was fundamental to South Africa’s entry into the global nuclear sphere.

The nuclear capabilities of the South African Nuclear Energy Corporation (Necsa) are of strategic importance in enabling the economic performance and meeting of regulatory requirements of existing nuclear facilities. As a state-owned enterprise (SOE) mandated to undertake nuclear technology research and development, Necsa will utilise and improve its capabilities, as similar organisations have undertaken in other countries, to:

When delivering his budget speech in July, Minister of Mineral Resources and Energy Gwede Mantashe emphasised the continuing role nuclear power would play in South Africa’s future, and that “as we transition to a diversified, cleaner energy future .... the country would acquire nuclear at a price, pace and scale it can afford”.

To support this, South Africa needs to maintain and expand its nuclear value chain. There is, therefore, a need for Necsa to use its research and development capabilities to assist the country to:

I write this in response to University of Cape Town research associate David Fig’s article of July 16 2019, titled Shutting down SA’s nuclear future (https://nuclear-news.net/2019/07/18/), which Necsa regards as devoid of a proper nuclear historical perspective and the role Necsa plays.

It would have been more relevant had Fig provided an opinion on Necsa’s future role after the finalisation of the Integrated Resource Plan (IRP) 2018, due at the end of September. Necsa cannot act on an IRP 2018 that is still being reviewed and so it does not make sense to conclude that South Africa no longer subscribes to a future that excludes nuclear.

Necsa’s strategy is guided by and approved by government as its shareholder and the IRP defines the policy that will map out South Africa’s energy mix vision. Seemingly, Fig’s article does not assist in moving away from creating rivalries between energy technologies, nor does it encourage South Africa as a developmental state to appreciate the benefits of widening the scope of nuclear technology development, in the absence of an approved IRP.

Relocation of Necsa or the “suitably pared-down” section thereof, as is suggested by Fig’s article, is irrational. The siting and licensing, and relocation to an alternative site are impractical, as Necsa’s existing research reactor, and radioisotope and fluorochemical production facilities already possess such. Licensing the Council for Scientific and Industrial Research or any other research or academic institute to handle Necsa facilities is a far-fetched dream.

In addition, it is common globally that the legal entities responsible for generating radioactive waste and those responsible for its disposal are separate. To this end, the National Radioactive Waste Disposal Institute Act became effective in December 2009, endorsing the establishment of the National Radioactive Waste Disposal Institute. The waste management responsibilities between Necsa and NRWDI are properly defined and managed.

Fig’s article purports that South Africa and its SOEs, like Necsa, which is mandated for nuclear research and technology development, should forget about such opportunities. He further propagates not to even take note of the benefits being realised by similar entities in other countries.

South Africa should appreciate the strategic nuclear capabilities it already has in Necsa and leverage on these capabilities in the best interests of the country.