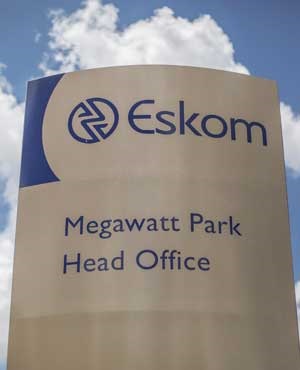 Eskom has been deal a big blow by Nersa. Picture: Gianluigi Guercia, AFP

Eskom could lose its single biggest client after the National Energy Regulator of SA (Nersa) rejected an application for a special pricing agreement with mining and metals company South32 on Thursday.

It is, however, the very same client to whom Eskom sold electricity at a loss of about 45% seven years ago.

The current tariff is not known.

Nersa rejected the application for a new 10-year agreement that should replace two current contracts – because the department of mineral resources and energy has yet to finalise a policy framework for long-term pricing agreements between Eskom and energy-intensive users.

The lack of a framework has also affected other energy-intensive users, who are battling to stay afloat as a result of high energy tariffs.

Electricity comprises about 40% of the ferralloy industry’s input costs, and it spends more than R15 billion on electricity annually. The industry employs about 17 500 people.

Eskom’s current contracts for power supply to Hillside date as far back as 1992, and were concluded with BHP Billiton – from which South32 was unbundled in 2015.

The contracts were kept secret for a long time, until Media24 gained access to them following a legal battle that ended up in the Supreme Court of Appeal.

It became clear that the tariff was determined through a complex formula, based on the dollar price of aluminium on the London market and the rand/dollar exchange rate.

Hillside was then paying an average of 22.65c per kilowatt hour (kWh) to Eskom, while it cost Eskom 41c/kWh to generate it. At that stage, households paid about R1.40/kWh for electricity.

Read : Eskom tariff war is back in court

BHP Billiton refused to renegotiate. After an investigation, Nersa told Parliament in 2016 that the contract was solid and Eskom was bound to it.

An earlier dispute about whether the contracts ended this year, or only in 2028, seemed to have been resolved when the parties agreed to negotiate a new contract.

But South32 told City Press’ sister paper, Rapport, on Friday that it maintained its position that the contracts only end in 2028.

If the new contract is not approved before July – when the contracts end, according to Eskom – this dispute could be revived.

In February last year, South32 CEO Graham Kerr said the outcome of the negotiations about the price that Hillside would pay for electricity in the future would determine the future of the plant.

Mike Fraser, the company’s chief operating officer, told Business Day last year that the closure of Hillside would not only affect Richards Bay, but the entire aluminium industry and the national economy too – and would lead to job losses.

Eskom did not answer questions sent by Rapport about the proposed new contract. However, Rapport has learnt that it was submitted to Nersa in October last year.

At a regulators’ meeting that Rapport attended on Thursday, it became clear that the new agreement is for 10 years.

Nersa members agreed that it was unclear when the mineral resources and energy department would finalise the policy framework.

Nersa apparently wrote to Mineral Resources and Energy Minister Gwede Mantashe last year to bring the matter to his attention.

In the letter, Nersa pointed to the success of a similar framework for short-term price agreements between Eskom and large users. However, this framework limits the term to two years.

Nersa told Mantashe that these days, companies applied for longer terms and it could not process such applications without the necessary framework.

On January 14, representatives of Eskom, National Treasury and the departments of mineral resources and energy, public enterprises, and trade and industry had a meeting about the matter.

Rapport learnt that a follow-up meeting, scheduled to take place this week, was cancelled at short notice.

However, a draft was circulated to Nersa.

The Ferro Alloy Producers’ Association (Fapa), of which South32 is a member, confirmed that the finalisation of the long-term framework was a matter of urgency.

Electricity comprises about 40% of the ferralloy industry’s input costs, and it spends more than R15 billion on electricity annually. The industry employs about 17 500 people.

According to Chabisi Motloung, chairperson of Fapa, the short-term policy framework failed. Only two companies – Silicon Smelters and Sublime Technologies –succeeded in having pricing agreements with Eskom approved after a lengthy process.

Every single application that Fapa members submitted last year was declined, because the limited discount that Eskom could offer in terms of the framework – cost price plus 15% – was not enough to help the companies.

The industry can only afford to pay about 65c/kWh, while Eskom’s generation costs are currently estimated to be 85c/kWh, said Motlaung.

The 65c figure is still considerably higher than what most of Fapa members’ competitors in China pay.

“The consequence is that most of our members have started with lay-offs, because the current electricity tariffs are unaffordable for them.”

Motlaung said Fapa had interacted with the department of mineral resources about the matter, and he had engaged Mantashe last week.

He said the minister agreed that the tariff was hampering beneficiation and that discussions with President Cyril Ramaphosa and Trade and Industry Minister Ebrahim Patel were under way.

The mineral resources and energy department did not respond to a request for comment.

We live in a world where facts and fiction get blurred
In times of uncertainty you need journalism you can trust. For only R75 per month, you have access to a world of in-depth analyses, investigative journalism, top opinions and a range of features. Journalism strengthens democracy. Invest in the future today.
Subscribe to News24
Related Links
Eskom blows through its diesel budget
‘SA bent over backwards for Eskom’: Nersa heads to court
Eskom wants another R27bn from consumers
Next on City Press
African central bankers have run out of policy space to fight recessions