‘Pay me in my lifetime’ 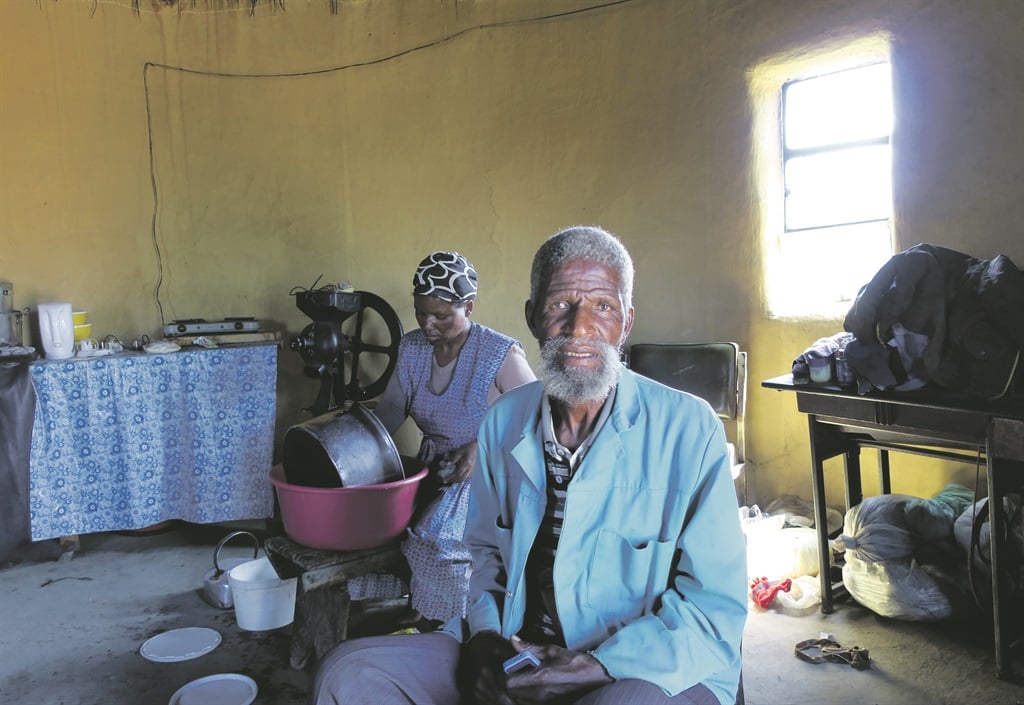 Silicosis sufferers in the Eastern Cape are anxious to be compensated “in their lifetime”, following years of hard labour resulting in their health deteriorating because of underground exposure to dust.

Last month, in a landmark judgment, the South Gauteng High Court ruled in favour of mine workers wishing to launch a silicosis class action against mining companies.

However, the mining companies in that case are appealing that ruling.

In March, Anglo American and AngloGold Ashanti put up nearly R500 million to settle a number of individual silicosis claims against them.

The larger class action, covering mine workers and former mine workers with silicosis and TB from almost all gold mines, would have taken a year to get off the ground even before all the major mines launched appeals against it.

But faced with everyday realities, extreme poverty, unemployment and ill-health, the desperate mine workers want to be compensated while they are still alive. Many others died penniless, leaving widows and young children with little to hope for.

City Press visited the rural Zinkumbini village in Libode, Eastern Cape, to speak to sufferers of silicosis and TB, and families of those who died sick and poor after working for decades underground.

Fuduswa, who showed City Press a copy of his exit medical clearance documents, which revealed that he suffered from silicosis as a result of TB and pneumoconiosis, said he still suffered from ill-health.

He was laid off due to ill-health, and now stays at home, sick and jobless.

“Even today I am still sick. I recently visited the local clinic because I was coughing nonstop. It is painful that these mines used us for many years, working under extremely difficult and inhumane conditions, only to send us home to die because we had been exposed to dust and inhaling all the chemicals there,” Fuduswa said.

He said if he got compensation, it would help send his younger children and grandchildren to school, and go towards building his house.

“A lot of people who got sick in the mines were not paid a cent. Most of them have died. I worked with some of these men. They suffered a lot and died penniless. The least that these mines can do is to take care of their families left behind,” he said.

Pakamile Holoza (82) worked at the Hartbeesfontein mine as a rock-drill operator between 1956 and 1990.

At his prime, Holoza was able to support his family as a mine worker and took pride in his job.

He was a respected member of the community in Mangwanani Village about 2km away from Zinkumbini.

It was later in 1990 that things changed for him when he was sent packing by the mining company, allegedly because he had contracted TB and was unfit to continue working. He regularly visits the local clinic for checkups and treatment because of his ill-health.

“The company just said I should stop working because I have TB. I was surprised because when I joined the mine I did not have any TB or illness,” Holoza said.

Referring to his illness in isiXhosa as “isifo somgodi”, meaning a disease contracted in the mines, Holoza claims he only got paid R320 from the mine when he was fired.

The married father of nine children and eight grandchildren mainly survives on social grants and says life is tough.

He and his wife, Nosebenzile (66), both get old age grants and three of their grandchildren receive the child support grant.

Speaking from his home, made of three rondavels and a two-room mud flat, Holoza said he was afraid that his 25-year-old grandson, who also works in the mines, would be exploited, just as he was.

“All that I am praying for is that, before I die, these mines can pay us or our families for the years we suffered working underground. The treatment they gave us – that of basically saying, go home to die – is inhumane. I wish my grandson could be better off because the circumstances we worked under in those days were severe. I also wish for him to go back to school,” Holoza said.

He said a settlement would mean a lot for the family’s welfare as it would be used to send the young ones to school.

Unlike those who might still be lucky to see compensation in their lifetime, Vabaza Zide, buried in the corner of a garden in his home in Zinkumbini village, was not that lucky.

Nowelile, speaking in front of her mud structure three-room flat and rondavel, said it was hard to
keep the home fires burning without her loving husband.

Holding her late husband’s exit medical certificate, which showed that on January 27 2005 he was examined and found to be suffering from silicosis, Nowelile said she was finding it hard to cope.

She said compensation for her husband’s illness would help her to raise their children and take care of their needs, such as school uniforms and other necessities.

“I don’t have a job. Only one of the children gets a grant. I sometimes go to bed hungry and live on the mercy of my neighbours.

“I have not seen a cent of my husband’s money for all these years he worked in the mines. He died waiting for the money, but to no avail,” she said, fighting to hold back her tears.

Do you know of any mine workers suffering from silicosis?
Do you feel that mining houses should be compelled to pay up before victims die?
SMS us on 35697 using the keyword SILICOSIS and tell us what you think. Please include your name and province. SMSes cost R1.50