The report, compiled by Paul O’Sullivan, accused some CMI Emtateni joint venture partners of improprieties and singled out individuals as tax dodgers

A joint venture (JV) that was awarded Transnet’s R4.2 billion Durban Container Terminal has thrown mud at an “unsolicited” forensic report that accuses it of fronting and other improprieties.

Transnet awarded the tender to CMI Emtateni JV on July 3 last year and signed a five-year contract at the same time.

The tender was part of the R7 billion expansion of the Durban terminal, which handles 65% of local container cargo, and was aimed at altering berths 203 to 205 to improve their safety.

Studies found existing quay walls did not meet the minimum safety standards and that there was a risk of potential quay wall failure.

Container vessel sizes have increased since the original terminal was constructed in the 1970s and berths 203 to 205 cannot safely accommodate fully laden container vessels because of insufficient water depth at these berths.

There are a limited number of berths for large container vessels and this has resulted in delays and vessel queues.

Transnet wanted the work complete by 2023. 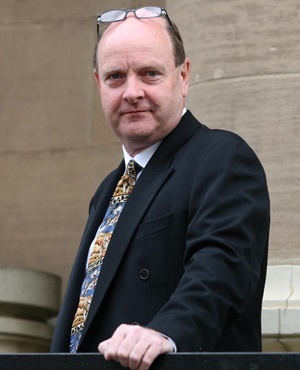 But the JV has been offsite since November when Transnet implemented recommendations of an investigation by non-profit organisation (NPO) Forensics for Justice.

Forensic investigator Paul O’Sullivan, who compiled the report, found that CMI Emtateni JV partners were fronting and they were conduits for payments to entities who “would not lift a pick or shovel” to carry out any work.

The report accused some of CMI Emtateni partners of improprieties, such as getting a construction industry development board grading within an unusually short period.

It also singled out individual employees of these entities as tax dodgers.

Forensics for Justice suggested Transnet should:

Transnet has launched its own investigation, in which CMI Emtateni JV declared its support, but has not released its findings or confirmed if it had been concluded or not.

Transnet spokesperson Nompumelelo Kunene did not respond to detailed written questions sent to her four weeks ago.

Earlier this month, Kunene said: “An investigation was being done, but I have no new information at this stage.”

Alicandri said it was unfortunate that Transnet implemented “O’Sullivan’s demands” before conducting its own investigation and alleged that it was untrue the report was unsolicited but commissioned by Transnet.

“We note that it is unfortunate that Transnet implemented O’Sullivan’s demands without having conducted its promised investigation.

“But we are confident that once Transnet concludes its own investigation it will prove the allegations levelled by WBHO and its contractor, O’Sullivan, are not only baseless but are sensational, leading to Transnet acting in haste at great cost to the project,” Alicandri said.

The tender was part of the R7 billion expansion of the Durban terminal, which handles 65% of local container cargo, and was aimed at altering berths 203 to 205 to improve their safety.

“It is reckless and foolhardy to refer to O’Sullivan’s report as a forensic report, given that the allegations have not been tested or the accuracy verified … [The] report has been conveniently referred to as an unsolicited report under the pretext that it was prepared by Forensics for Justice in the interests of South Africa, when it is common knowledge that O’Sullivan was acting only in the interests of WBHO, the unsuccessful and aggrieved bidder,” he said.

Alicandri said CMI Emtateni JV won the tender fairly and its bid was R300 million less than that of WBHO. In the response, Alicandri denied all allegations in the report.

O’Sullivan denied that he was hired by WBHO.

“We do not wait for people to ‘solicit’ reports from us before carrying out an investigation. We have an anonymous tip-off line that results in tip-offs of varying kinds. This is how we receive most of our information, which we then take a decision on whether to follow up or not.

“We guarantee protection of our sources and for that reason we do not even say what or how an investigation decision was taken,” O’Sullivan said.

“We were definitely not hired by WBHO. Subsequent to the suspension of the contract by Transnet, we have been working closely with the SIU [special investigating unit] and turned over all of our evidence to them, in a manner in which it will be protected and our sources will not have to fear for their safety,” he said.

We live in a world where facts and fiction get blurred
In times of uncertainty you need journalism you can trust. For only R75 per month, you have access to a world of in-depth analyses, investigative journalism, top opinions and a range of features. Journalism strengthens democracy. Invest in the future today.
Subscribe to News24
Related Links
Transnet’s awarding of IT services to T-Systems was ‘biased’, High Court finds
Transnet goes after Brian Molefe for almost R80m
Transnet wants cash back from Trillian
Next on City Press
African central bankers have run out of policy space to fight recessions