SA in a recession for the third time since 1994 South Africa is officially in a recession, again.

The latest Gross Domestic Product (GDP) data released by Statistics SA’s Statistician-General Risenga Maluleke on Tuesday shows that South Africa’s economy declined to a 0.2% growth in 2019 from a 0.8% growth in the previous year.

This meager growth came as a result of the country’s 1.4% GDP decline in the fourth quarter of 2019.

This is South Africa’s third official recession since 1994, according to Stats SA. South Africa last entered a recession - which happens when the GDP falls for two consecutive quarters - in the second quarter of 2018.

This is also South Africa’s worst level since 2009 and is the sixth consecutive year that the economy posted growth of below 2%.

The primary sectors that contributed to this decline were transportation and communication, trade and manufacturing. 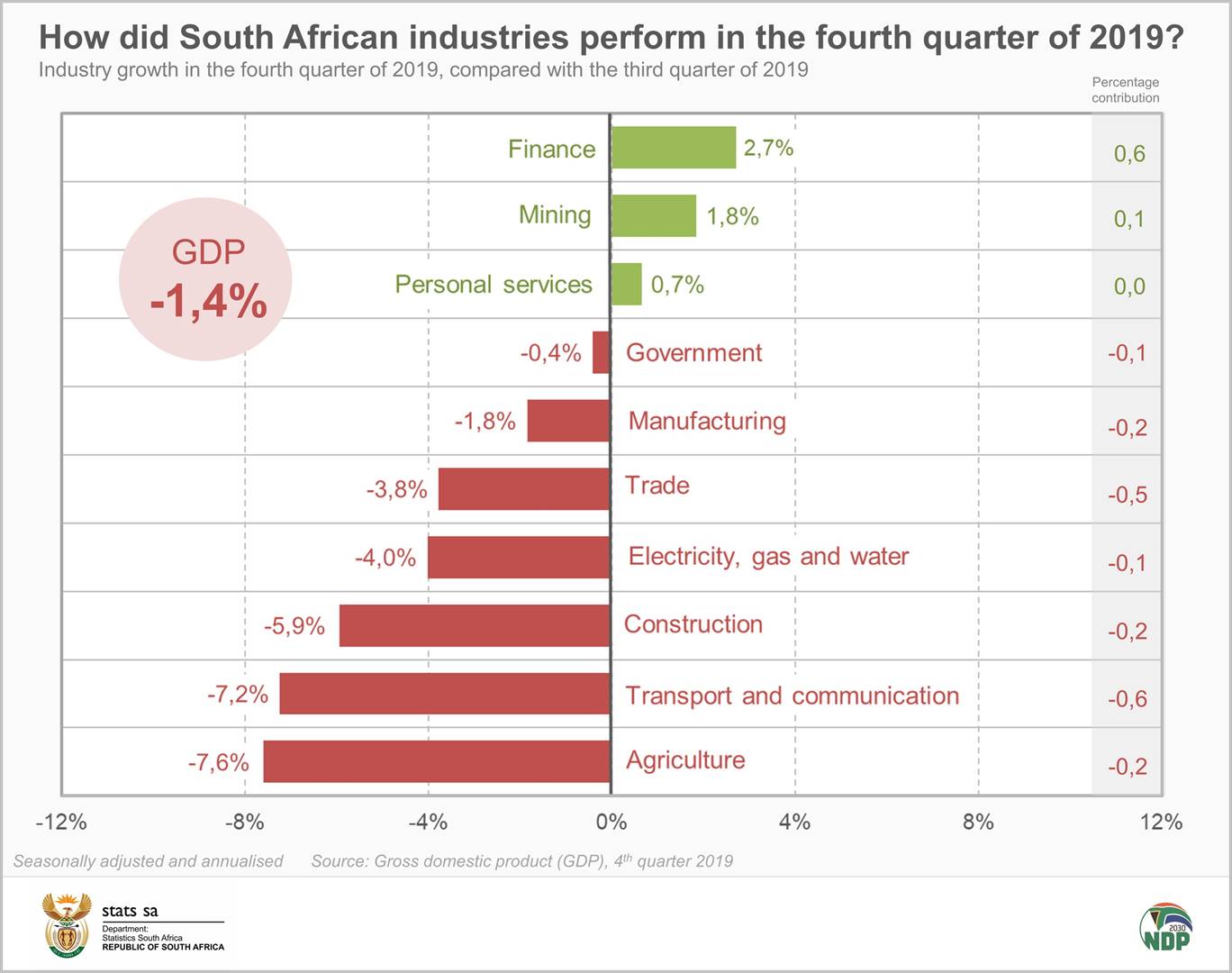 Of the 10 industries that contribute to the GDP basket, only three managed to grow: finance, mining and personal services.

The low growth figures were worse than what was expected as both National Treasury and the International Monetary Fund expected growth of 0.3% and 0.7% for 2019.

Household expenditure increased by 1.4% in the fourth quarter, with clothing and footwear (8.2%) and household furnishings and equipment (3.5%) contributing positively to this growth. Expenditure on transport activities declined and contributed negatively to growth. We live in a world where facts and fiction get blurred
In times of uncertainty you need journalism you can trust. For only R75 per month, you have access to a world of in-depth analyses, investigative journalism, top opinions and a range of features. Journalism strengthens democracy. Invest in the future today.
Subscribe to News24
Related Links
Bring private power on board: Mining industry calls for action to end crisis
Building bridges of hope: Celebrating the life and spirituality of Albert Nolan
SA Reserve Bank’s worst-case scenario fast becoming a reality
Next on City Press
Eskom: Government must alleviate pain of rising electricity costs