The future of cars is electric but SA is lagging behind 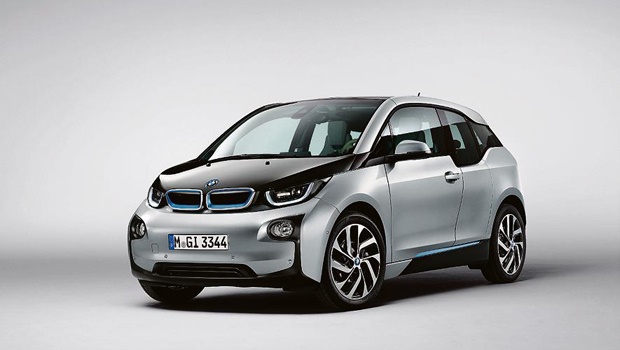 The BMW i3 is one of the best selling electric vehicles in the country.

With natural resources to manufacture electric vehicles, SA is best placed to lead the production of earth-friendly transportation and reap the vast rewards thereof

Electric vehicles (EVs) should be everywhere, and considering the deepening global climate crisis, there is no excuse to not be purchasing more of them.

This is the sentiment of many people who work in the burgeoning EV industry in South Africa.

According to Hiten Parmar, director of uYilo eMobility Programme – an initiative of government that enables, facilitates and mobilises electric mobility in South Africa – about 91.5% of transport’s harmful emissions come from road transport, with about 10% of all harmful emissions coming from the transport sector.

The EV market in South Africa is steadily growing. By June there were 1 007 EVs on the road, including hybrid EVs and battery EVs.

“Globally, air pollution is a silent killer, with about 5.5 million people killed every year. The economic impact is in excess of R30 billion in South Africa,” Parmar says.

At the UN special climate summit last week, many plans and commitments were put forward in an effort to reduce greenhouse emissions by 2030.

The City of Cape Town committed to “fossil fuel-free streets” by that year.

President Cyril Ramaphosa said in a statement to the UN that South Africa “has introduced a carbon tax … and finalised a green transport strategy”, but acknowledged that “meeting these commitments would be very challenging”.

Meanwhile, the EV market in South Africa is steadily growing.

By June there were 1 007 EVs on the road, including hybrid EVs and battery EVs.

Electric Vehicles sales in SA and the world

Parmar says EV-type cars have been in the country since 2005, but they came to prominence when the Optimal Energy Joule was unveiled in 2008.

Unfortunately that project was shut down in 2012 after funding dried up and since then the larger car manufacturers entered the market.

­However, over the past year, growth in EVs on the road has risen by nearly 100%.

One of the main problems with regards to uptake is import tariffs.

Currently, EVs imported from Europe attract a 25% tariff compared with the 18% tariff that combustion engines attract.

“These vehicles are classified as luxury items, that’s why they attract that tariff,” Parmar says.

Brian Hastie, who is part of Jaguar Land Rover’s EV board and is chairman of the EV subcommittee of the National Association of Automobile Manufacturers of SA, says “companies are citing the higher import duty that is affecting the price position”.

He adds that “there is no logic for EVs to attract a higher duty rate, especially because they are a good thing. It’s historical and there’s nothing to substantiate it.”

However, this is only part of the problem.

Not all the EV models that big brands have released globally are available in South Africa.

Most brands with EVs in South Africa are still premium and can range in price from R500 000 to R2 million.

Hastie says the EV industry, together with car manufacturers, is putting in place a document that will convince government why tariffs and duties should be reduced or even scrapped.

These incentives will not be there forever, only until “consumers understand the value proposition of electric vehicles, such as lower running costs, and that they can live with one [in terms of infrastructure]”.

Hastie says once momentum is achieved, production costs will decline and the cars will become cheaper.

Both Parmar and Hastie agree that more can be done with regards to infrastructure, but a lot has already been rolled out.

According to plugshare.com, an app and web-based application that tracks publicly available charging ports, there are at least 128 charging locations – most of them located in Gauteng.

“Beyond this, any time the EV is idle is an opportunity to charge it because the car comes with a convenience cable, which means an electric vehicle can be charged from a wall socket,” Parmar says.

Although the wall chargers are slow (charging at about 4kW/hour), those available in public spaces can charge a car to full capacity within two hours (charging at60kW/hour), while the slow chargers could take anywhere between seven and 11 hours, depending on the EV model.

Another concern is range anxiety, how far EVs can travel on a full charge.

Well, anywhere from 250km to 450km, depending on the model, the experts say, but it would be wise to plan your trips.

This while “factories involved in the production of vehicle accessories had the most to celebrate, enjoying a 9.2% rise in activity”.

Parmar says the automotive industry contributes 7% to GDP, but with about 680 000 vehicles manufactured for export it could see some tough economic times ahead if it doesn’t adapt, especially with many countries starting to set dates – mostly 2030 – for the complete ban of combustion engines.

“We are not manufacturing any electric vehicles in South Africa and that’s a challenge,” he says.

“South Africa is going to lose its principal markets of export [for motor vehicles],” he adds.

Hastie agrees that South Africa’s exports would need to contain EVs or some form of EV components, especially if local demand does not take off.

“We’ve got the raw materials and minerals available in this country for both electric motors and batteries, so create a battery industry,” Hastie says, but quickly notes that if South Africa is too reliant on exports and doesn’t grow the local base, then this too will fail.

Ultimately, both agree there are opportunities for South Africa to learn from and even surpass other countries when it comes to EVs, especially with 5.1 million electric car sales globally last year, 2 million more than in 2017.

This trend only seems to be rising, and the sooner South Africa joins the movement the better – for the economy and for the environment.

Related Links
Peugeot SA ‘back in the race’, as it launches two new cars
Car review: All hail the muscle Mustang
How the Honda Amaze pays attention to the little things
Share
Next on City Press
Banks face fines for unethical behaviour