You will keep paying for SAA 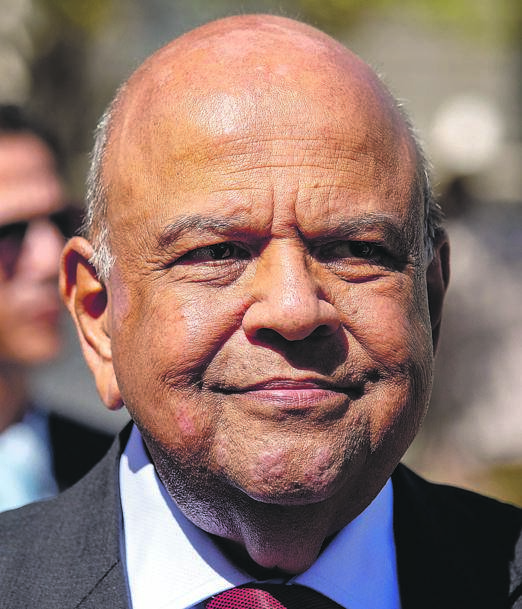 Because the government is the airline’s biggest creditor, it could oppose the closure of the airline, meaning it will continue to limp on, funded by frustrated taxpayers.

Taxpayers – that’s you and me – will probably continue pouring money into a state-owned airline whether it’s SAA or a new national carrier resurrected from its remains.

Public Enterprises Minister Pravin Gordhan was adamant in a virtual parliamentary committee meeting, saying SAA would not be closed or liquidated, even if the business rescue practitioners said these were the only options left.

But he said the government could not continue to provide money requested by the practitioners because no complete business rescue plan had been finalised.

The government could not give money without knowing what it was paying for, he said.

The rescue practitioners, on the other hand, said a restructured airline had to be based on guaranteed finance.

Alf Lees, the DA member of the standing committee on public accounts (Scopa), said the government’s letter of April 10 to the business rescuers, in which they refused further financing to the airline, now appeared to be either a lie or the government had since changed tack dramatically. “Now Gordhan is talking about a new airline that will rise from SAA’s ashes and says the government cannot provide money because there is no business rescue plan.”

Gordhan and the SAA business rescuers, Les Matuson and Siviwe Dongwana, gave Scopa feedback on Friday on the airline’s precarious financial position and progress on the business rescue process.

This was the first time SAA’s books had been open to public scrutiny since 2017.

Read: Has SAA reached the end of the runway?

This was despite R40.3 billion in cash injections and guarantees for loans that the airline had received from the government since 2003.

Members of Parliament were told that the airline would be unable to pay salaries this month and all workers were on unpaid leave.

Derek Mans, Solidarity’s representative in the aviation industry, said yesterday that unions had signed an agreement under which proportional salaries would be paid for this month and next month, based on a sliding scale of spending cuts.

“The maximum cut would have been 50%. But late yesterday afternoon, we heard from the public enterprises department that its calculations showed it would not be affordable,” Mans said.

Dongwana told MPs that the government’s letter of April 10 left the business rescuers with no other option but to close the airline in an orderly manner.

He said an airline had to have enough cash and a strong balance sheet.

“SAA does not have either of the two,” said Dongwana.

As a result of the Covid-19 coronavirus, a new airline will have to begin from a low base and will have to be built up gradually – maybe over a three-year period
Gordhan

The business rescuers requested R7.7 billion from the government on April 2 to pay creditors, lay off certain personnel and provide operating capital.

That was over and above the R5.5 billion they received from the government and the Development Bank of SA earlier this year.

After the government refused to hand over the money, the business rescue practitioners began working on a plan – based on the valuations of the airline’s assets – intending to sell the assets and establish a lay-off plan for the airline’s personnel.

Gordhan refused to accept this as an alternative.

“The plan had serious shortcomings,” he told MPs. “That’s why we had to call in an aviation expert [Seabury] for help,” he said.

He insinuated that the business rescue practitioners, in addition to having a deficient plan, were unable to justify the R30 million they had earned in the past three and a half months.

He lashed out at them for not being able to come up with a workable business rescue plan “after a period of 162 days”.

According to the Companies Act, such a plan should be presented within 25 days.

The question is not whether there is money or not. It’s what you provide money for
Gordhan

Gordhan said a business rescue plan was exactly that: A business is rescued and a sustainable and effective business replaces it.

“One can start such an airline by buying the assets from the old airline. Or you reorganise the existing airline and something new arises from it.”

He did, however, admit that it would be exceptionally difficult to start a new airline in light of the beleaguered position of the industry worldwide and without immediate prospects that flight routes would reopen any time soon.

“As a result of the Covid-19 coronavirus, a new airline will have to begin from a low base and will have to be built up gradually – maybe over a three-year period.

“What we [the government] will spend will depend on the plan that is eventually presented – whether that plan comes from the rescue practitioners or from our own investigations.

“The question is not whether there is money or not. It’s what you provide money for.”

Justine Hoppe, director of recovery and restructuring at Mazars, said decision-making in a business rescue process was usually done by the practitioners.

What made the SAA situation complicated was that the government was the shareholder and, to a great extent, the financier. That meant it had some say in what happened to the airline, she said.

“Because the government is one of the airline’s biggest creditors, it could oppose the closure of SAA.”