ANC must stop serving interests of rich, powerful elite and act for 10 million who voted for it in May, writes Zwelinzima Vavi.

Twenty five years after the end of apartheid, the working class face a catastrophe of poverty, unemployment, inequality, crime, corruption and racism.

The 1994 settlement gave basic rights to all South Africans but failed to transfer wealth and power to the majority, leaving it in the hands the same mainly white capitalist elite.

The result has been that in the first quarter of this year, GDP fell by 3.2%.

The “official” unemployment rate in the same quarter rose to 27.6%, and the number of the jobless rose to 6.2 million.

The more realistic expanded level, which includes those not seeking work, rose to 38%, up from 37% in the fourth quarter of last year.

The country has for years seen the slaughter of jobs in the mining, manufacturing and chemical industries, as the industrial heart of the economy has been gutted.

This was as a result of disastrous neoliberal policies, failure to stop cash outflows, foreign listing of companies, the removal of exchange controls and reduction tariffs, which all contributed to the current economic disaster.

Now this has led to the spread of retrenchments into all corners of the economy – construction, retail, finance, transport and the media.

Thousands of jobs in the private sector have already been lost this year or are under threat, including at Sibanye-Stillwater, Tongaat Hulett, ArcelorMittal SA, Alexkor, Continental Tyre, PPC, Standard Bank, Absa, Deutsche Bank, MultiChoice and Tiso Blackstar.

In the public sector, Eskom, Passenger Rail Agency of SA, SAA and the SABC are all threatening big job cuts. The government is hell-bent on cutting 30 000 public service jobs.

This haemorrhaging of jobs has thrown thousands of workers, their families and communities into destitution.

More than half of all South Africans now live below the poverty line.

Job cuts have left them all without enough staff to run these services properly, yet 6.2 million unemployed people could be employed and trained to work in these services.

The economic crisis has worsened the appalling levels of crime, drug addiction and gang warfare in poor communities.

There were 43 murders in just one weekend in Cape Town, which has been listed as one of the world’s 20 most dangerous cities, a war zone with soldiers patrolling the streets.

The crisis of the capitalist system is starkly seen in the fact that South Africa has been the most unequal society in the world for several years running.

The CEOs of listed companies received an average salary of R5.4 million over the past year.

CEOs of the largest companies earn, on average, R68 219 a day, 426 times the income of those forced to live on the poverty minimum wage of R20 an hour.

All these factors have led to a rapid upsurge in angry community protests.

According to Municipal IQ, there were a record 67 protests against municipalities in the first quarter of this year.

Although they are often on specific issues – corrupt local officials and broken promises by municipalities – they are more often an outcry against the degrading levels of poverty, the decay of their environment and the lack of respect shows by those they elected to serve them.

Unfortunately, these protests are largely fragmented and uncoordinated, and are often diverted into vandalising buildings or xenophobic attacks on foreign businesses.

That is why the SA Federation of Trade Unions (Saftu) last year convened the working class summit, which brought together representatives from 147 organisations, to unite and coordinate workplace and community struggles.

It laid the foundations for building a new, independent, democratic and militant mass working class movement to turn the tide against attacks on jobs and living standards.

However, this work is hampered by a parallel weakening and fragmentation within the labour movement, which ought to be providing leadership to the working class as a whole.

Much of this is the result of deliberate attempts by employers and government to emasculate the trade unions by intransigence in negotiations, abandoning collective bargaining, placing more bureaucratic obstacles to prevent new unions being registered with the department of labour and threatening to deregister existing unions for alleged irregularities.

Employers are also exploiting the opportunities created by recent amendments to the labour laws to delegitimise strikes and picketing, using these laws, as Saftu warned, to trample over workers’ constitutional right to strike.

Making things even worse for workers are the amendments that give more powers to the Commission for Conciliation, Mediation and Arbitration (CCMA), to deal with employees’ complaints against employers who are not paying the national minimum wage and complaints relating to the labour law amendments.

The CCMA was flooded with 1 073 minimum wage referrals in the first half of this year, pushing its overall caseload to more than 100 000 complaints.

These are all problems that Saftu foresaw, which is why we opposed both the poverty national minimum wage and the amendments.

We were, however, excluded from any involvement in the National Economic Development and Labour Council (Nedlac), as we were denied admission by a coalition of government, business and union leaders from Cosatu, Nactu and Fedusa, who voted in favour of these anti-working class laws.

Even the new Minister of Employment and Labour, Thulas Nxesi, now says he is considering amending the Nedlac framework, saying “the admission of other stakeholders or social partners cannot depend on those inside” and that “there must be clear criteria dealing with the admittance of stakeholders … to promote greater inclusivity”.

Saftu will be renewing its application for admission and will not rest until it can raise its voice and demand a complete overhaul of the labour laws to protect the interests of the workers who create the country’s wealth but get a very small share of that wealth.

In response to the worsening economic crisis, the ANC must stop serving the interests of the rich and powerful elite and act for the 10 million poor voters who voted for them on May 8.

It must ditch its conservative economic policies in favour of a socialist, democratically planned economy to expropriate the wealth of the ruling monopoly capitalist class, and bring power to the people!

Vavi is general secretary of the SA Federation of Trade Unions 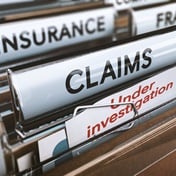 Read more on:
anczwelinzima vaviinequalitypovertyunemployment
MONEY MAKEOVER
Podcast | Mistakes to avoid with your own business