Dion Chang
Share
Flux Trends takes a look at the year ahead with a sample of broad trends that it will explore in-depth at its first presentation of the year called The State We’re In: 2016 – The Rise of the Machines. Using trend pillars, the presentation will present an executive summary of how the world is evolving. Dion Chang outlines the six pillars around which SA and the world will be changing over the next 12 months

. ON-DEMAND ASSISTANCE – YOUR WISH IS THEIR DEMAND There’s an app for everything – from recipes to learning how to use gadgets, to getting home safely, to beauty services, and more.

People who are inspired by dishes on their social feeds rely on Talk to Chef for assistance with daunting recipes. Amateur chefs connect with professional chefs, who respond to their questions via video chat.

Audvisor provides business advice for the career-focused Generation Y in the form of three-minute audio clips from more than 100 experts, while Business Talent Group provides bosses on tap for companies that want to tackle a specific problem without adding another senior executive to the payroll.

Older generations can easily learn how to use new gadgets with Enjoy. The e-tailer sells the latest technologies and also delivers products generated by experts, who spend time showing clients how to use them.

Companion allows you to reach out to friends and family so they can keep an eye on you when you’re travelling late at night.

Task Monkey (the South African version of the US’s Task Rabbit) pairs time-scarce people with people who have time on their hands and are prepared to take on a variety of tasks for an agreed fee.

The on-demand economy is getting up close and personal. A solution to any problem you may have is often just a tap or swipe away.

. MORE CYBERCRIME IN STORE FOR RETAILERS The failure of the retail sector to manage and secure the complex technology underlying their business is resulting in unprecedented cybercrime attacks.

The magnetic stripe and chip systems that pass though checkouts is where cybercriminals glean personal and financial data. Moving on from politics (ie, cyberjihad, online banking and telecommunication), this new wave of cybercrime finds its way through patches in firewalls, USB drives and a surprising weak link – inept supplier passwords. Everyone with a security pass, a password or a vendor account is at risk.

When US retail giant Target was attacked in 2014, the criminals were thought to have used the password of a vendor to access Target’s network. They installed malware on the cashier stations to steal credit card details and send them to servers in Russia. It took Target two weeks to eradicate the malware. By then, 40 million credit card numbers had been stolen.

The most expensive types of e-crime for retailers are personal identification-related frauds, such as account takeovers, followed by card fraud, refund fraud and electronic phishing for private information.

The theft of personal data, specifically card data, is the number one target because it can easily be monetised, unlike the theft of intellectual property. 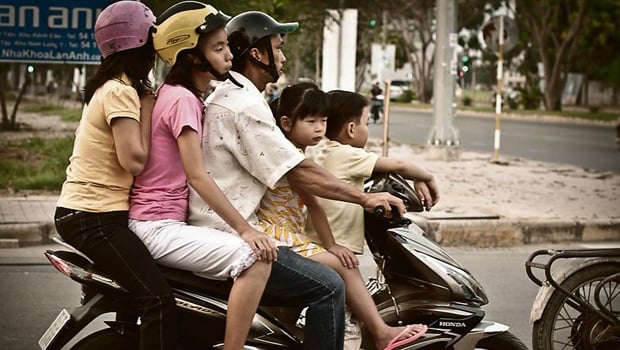 Napster, eBay and Craigslist were the pioneers of the sharing economy, but companies such as Uber and Airbnb have progressively taken collaborative consumption to new heights.

Airbnb was created by the CEO’s idea to help pay the rent, and the system has gone on to disrupt the travel and hospitality industries.

Over the past few years, at least 100 companies have sprouted up to offer owners an income stream out of dozens of types of physical assets, without needing to buy anything themselves.

However, there’s a new twist.

People are now starting to invest in new cars or property to feed into these ecosystems. For example, stories of people adding underutilised cars into the Uber pool to turn their vehicles into an income stream rather than a financial liability are becoming more frequent.

Similarly, investors are buying apartments to add into the Airbnb system, instead of opting for the traditional renting system.

The sharing economy is not only disrupting industries but creating clever passive income streams for both the cash-strapped and entrepreneurs. Rhino-poaching incidents in South Africa rose by 440% between 2008 and 2014. Poachers killed a record 1 004 rhino countrywide in 2013, the equivalent of almost three rhino a day. Time is fast running out for the wild animals.

A new way of tackling the problem is urgently needed.

The rhino-protection zone is an effective initiative from the Rhino Pride Foundation. The intention is to purchase 100 000 hectares of land early this year and complete the first phase of rhino relocation to the zone by the end of 2016.

Rhino owners have expressed their wish for a safe zone where they can confidently leave their animals and pay a monthly fee for their protection and safety. This option works out to be more cost-effective than the antipoaching security methods currently used on their farms. Keeping the animals safe protects the owners’ assets, which will, hopefully, increase in value over time.

Initially, the secure zone will provide a safe haven for rhinos, expanding in time to include other endangered species. The founders of the Rhino Pride Foundation will acquire the animals and various breeding programmes will be established. The #FeesMustFall movement was not merely a symptom of angry students: it was a sign of a much broader undercurrent of anger, and waiting for change is no longer an option.

The bomb has been detonated and the effects are rippling throughout civil society in different ways. Protests have expanded from the townships to the suburbs. The middle classes are gleaning courage from the students’ protests and are mobilising, spurred on by the power of a collective voice, as evidenced by the e-tolls disobedience campaign.

There are now murmurings of a possible tax revolt, especially with the Opposition to Urban Tolling Alliance shifting its focus from e-tolls to corruption and the government’s abuse of taxpayers’ money.

The outsourcing of Wits campus workers was reversed in one week, versus laboured campaigning via political channels.

The current South African movement is a considerably more militant youth who are activating significant change. They are no longer referencing Nelson Mandela, but are propelled by the more militant, anticolonialism ideologies of struggle heroes such as Robert Sobukwe, founder of the Pan Africanist Congress of Azania, and Steve Biko, a student leader who founded the black consciousness movement.

Militant or not, South Africans have reached a tipping point. The student protests have buoyed, inspired and galvanised all citizens to take a firm stand and communicate that enough is enough. 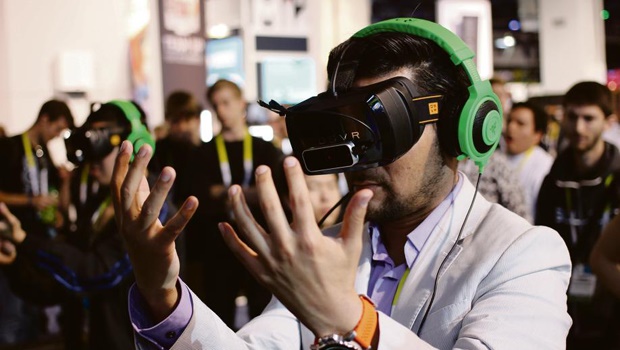 This year will see the opening of Void, a virtual entertainment centre in the US, which will exemplify the next phase of augmented/ virtual reality.

Brands are cashing in on growing global curiosity by digitally transporting consumers to captivating destinations via virtual travel. Recently launched by Marriott Hotel, virtual reality postcards enable guests to order a Samsung Gear VR set and travel to Chile, Rwanda and Beijing from the comfort of their hotel rooms.

British Airways has transported pedestrians in Europe to New York via the Oculus Rift. All users have to do is put on the device and virtually ride a bronco in Dallas, roller-skate on a boardwalk in Los Angeles, or ice skate in Central Park.

At the close of 2015, Samsung launched a dedicated web browser called Samsung Internet for Gear VR, which is specifically for virtual reality enthusiasts, signalling a tipping point of virtual reality as a new mainstream entertainment option.

We live in a world where facts and fiction get blurred
In times of uncertainty you need journalism you can trust. For only R75 per month, you have access to a world of in-depth analyses, investigative journalism, top opinions and a range of features. Journalism strengthens democracy. Invest in the future today.
Subscribe to News24
Related Links
Architecture: What’s coming up in 2016
What celebs want in 2016
The hottest cars for 2016
Next on City Press
On my Radar | Managing your re-entry anxiety