11th-hour demands: That’s why ANC pulled out of motion against Mashaba Mayor Herman Mashaba reporting back on various police operations in the city. The briefing was held at Braamfontein in Johannesburg. Picture: Lucky Morajane

Last-minute demands for top council positions were among the reasons the ANC pulled out of its bid to oust Joburg mayor Herman Mashaba yesterday.

While addressing the media after the failed ANC-led motion of no confidence in Mashaba, Matongo said that negotiations with councillors “across the board” had been progressing well until just before the motion was tabled on Thursday morning.

And then negotiations broke down between the ANC and opposition council members – who had earlier agreed to vote with the party in its second bid to oust Johannesburg Mayor Herman Mashaba.

“Remember in a motion of no confidence, particularly in a situation were you do not have an absolute majority, you consult with other parties and they need to support you as you go into the motion. The negotiations had been going well until the start of council proceedings,” said Matongo.

She added that opposition councillors who had been engaging with them had at the 11th hour raised issues that resulted in the ANC resorting to a “tactical withdrawal” that saw the party deciding to table the motion in the next seating of council in September.

“There were no disagreements, just proposals that came in at a very late stage. For instance they said they need to be part of the executive and mayoral committee. They [the opposition councillors] requested that we need to be specific on which positions they were going to hold in the executive should the motion pass. These discussions were not held prior to them having been raised this morning,” said Matongo.

The ANC Johannesburg spokesperson said this development did not amount to failure, just a change in tactic which will see the party “tightening the screws going forward”.

Johannesburg Mayor Herman Mashaba said the motion by the ANC was “ frivolous” and “a smoke screen” by the party in yet another attempt to “get back into the purse of the city” and “continue their looting.”

A gloating Mashaba said the ANC was a “deeply divided party”, hence its failure to rally together in its effort to remove him.

Alluding to the CR17 campaign scandal that has rocked the ruling party, Mashaba said the ANC “survives through buying people to vote for them, I don’t know may be they didn’t not get enough money this time to buy enough votes.”

He questioned why the ANC had released a statement saying it had 145 votes in council that would have been enough to pass the motion of no confidence against him.

Matongo, however, said their reasons for tabling the motion still stood and they were committing to tabling yet another motion in September when council seats.

he said “no partner had said they would not support the motion,” however, they wanted stronger reassurances of executive positions should the ANC manage to pass the motion.

The ANC has currently has 122 seats in the Johannesburg council which in total consists of 270 council members. The party needs 14 more opposition councillors to vote in their favour for the motion to be passed.

Matongo said if it was up to the ANC Mashaba would be out of office because he “continues to make utterances about the financial well-being of the city” and this was not the case.

“The money that he keeps referring to is money that has not been spent in grants. So he can’t be proud that he has got money in the bank when national and provincial government have given him grants to ensure that service deliver happens and yet he does not spend the money,” he said. 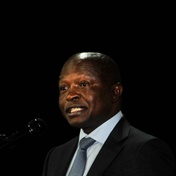 Choose a newsletter
Voting Booth
Kaizer Chiefs, Mamelodi Sundowns and Orlando Pirates have unveiled their new kits for the upcoming PSL season. Which kit do you think is top-class?
Please select an option Oops! Something went wrong, please try again later.
Kaizer Chiefs
54% - 30 votes
Mamelodi Sundowns
20% - 11 votes
Orlando Pirates
27% - 15 votes
Previous Results
ON MY RADAR
for subscribers
On My Radar | Take care as you step into the metaverse