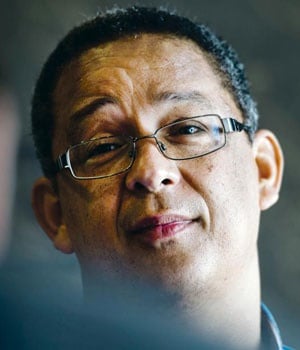 The report into the illegal rendition of Zimbabwean nationals was changed to ensure that then Hawks boss Anwa Dramat got off the hook.

That is one of the damning findings of a report by top law firm Werksmans Attorneys commissioned by Police Minister Nathi Nhleko to investigate how two vastly differing reports into the illegal rendition of five Zimbabweans were compiled.

The law firm’s report, finalised last Friday, recommends Dramat and suspended Gauteng Hawks head Shadrack Sibiya be criminally charged. It also recommends that Robert McBride, the suspended head of the Independent Police Investigative Directorate (Ipid), join them in the dock for allegedly altering the police’s final report into the renditions.

The Werksman investigation points directly at McBride and two Ipid investigators who compiled the second report, saying they should be charged for tampering with the first report and changing its findings for the second report to protect Dramat and Sibiya.

“The second report ... was created for purposes of exonerating the high-ranking officials, specifically Dramat and Sibiya,” it said.

The first Ipid report into the illegal renditions recommended that Dramat, Sibiya and Pretoria Hawks head Colonel Lesley Maluleke be charged for their roles in compiling them. However, the second report exonerates Dramat and Sibiya, recommending that Maluleke alone take the fall.

The Werksmans report said the second Ipid report was not new, but simply an altered version of the first.

The Werksmans report recommends that:

. Dramat and Sibiya be charged with contravening the immigration act, kidnapping, defeating the ends of justice and that disciplinary charges should also be instituted against both men;

. McBride and Ipid lead investigators Innocent Khuba and Matthews Sesoko be criminally charged for defeating the ends of justice. The three compiled and signed the second report;

. Maluleke be charged with contravening the immigration act, kidnapping, fraud, forgery and uttering (forging official documents) and defeating the ends of justice. Maluleke allegedly headed the rendition operation; and

On how there came to be two reports on the renditions, Werksmans said Ipid lead investigators Khuba and a Colonel Moukangwe finalised their investigation in January last year and handed over the first report to senior state advocates Anthony Mosing and Billy Moeletsi.

Moukangwe and Khuba believed theirs was a finalised report and they expected the National Prosecuting Authority to take action on the basis of their recommendations – to thus charge Dramat, Sibiya, and Maluleke.

The law firm said he requested an update of all the high-profile matters Ipid handled, including progress on the rendition investigation.

A week later, McBride, Khuba and Sesoko began working on the second report without consulting prosecutors. Werksmans found that crucial evidence contained in the first report was then deleted.

“There appears to be no valid explanation for the deletion of evidence, nor are we able to ascertain who is responsible for such deletions even after having interviewed Khuba, Sesoko and McBride,” the Werksmans report found.

Werksmans said McBride “vehemently” stood by the recommendations contained in the second report, even though he told them he had not read the first one.

But the Werksmans report ripped into McBride’s claims, disputing that he was not aware of the first report’s existence.

“McBride states he had no input in the [second] report other than to make grammatical changes ... it is difficult to accept McBride’s version for a number of reasons ... it is unlikely that, as an executive director of Ipid, who requested an update on high-profile matters within a week of his appointment, McBride was not aware of the first report.”

Werksmans said McBride also provided them with statements that contradicted those he had made before the North Gauteng High Court.

Dramat, McBride and Sibiya could not be reached for comment.

Nhleko’s spokesperson, Musa Zondi, said they would not comment on leaked reports.