The race to decide the ANC leadership in 2017 got under way this weekend when a lobby group led by some ANC provincial chairpersons claimed its first national victory on Friday after Social Development Minister Bathabile Dlamini was elected as the new president of the ANC Women’s League. She obtained 1 537 votes to Motshekga’s 1 081.

Dlamini’s election is a step forward in the Premier League’s ambitions to influence the ANC’s succession race in 2017 and determine the successor to President Jacob Zuma.

In terms of ANC tradition, it is expected that Deputy President Cyril Ramaphosa will succeed Zuma.

Dlamini had support from KwaZulu-Natal and Limpopo, and her victory signalled the Premier League’s influence.

Although the women’s league does not take a massive delegation to the ANC elective conference, the fact that women constitute 60% of the ANC’s membership means they are a crucial and influential block.

On Thursday, Motshekga lashed out at the involvement of men in the women’s league leadership race.

Motshekga said women’s league structures were being “abused” by men “to serve their own selfish interests”. She did not mention names.

However, on Friday in a closed conference plenary session, Motshekga’s supporters mentioned Magashule, Mabuza and Mahumapelo as the hidden hands behind Dlamini’s campaign, according to delegates sympathetic to the new president. 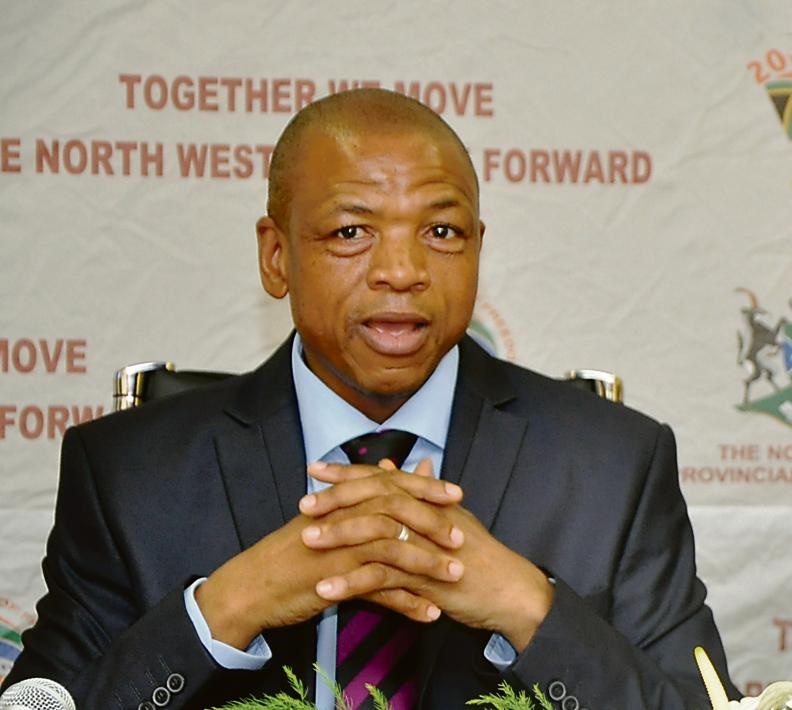 Last month disgruntled branches of the ANC Women’s League in Mpumalanga had been expected to write to ANC secretary-general Gwede Mantashe to protest against the alleged interference in the league’s nomination processes.

City Press heard that most of the Mpumalanga branches of the women’s league had initially nominated Motshekga. However, on May 10, the provincial general council chose Dlamini as the preferred presidential candidate.

According to independent sources, the change in the choice of candidate happened on the day of a meeting between ANC leaders in Mpumalanga’s Ehlanzeni region and regional secretaries of the women’s league.

The meeting allegedly heard there was a political directive from Mabuza that Dlamini be nominated because she was preferred by President Jacob Zuma.

At the general council, only 29 out of the more than 100 branches voted for Motshekga.

On Friday, Mpumalanga ANC spokesperson Sibusiso Themba would not comment on the allegations against Mabuza. He referred questions to the women’s league in the province, saying: “The matter is about them [and] they have a complete structure.”

Mpumalanga women’s league secretary Lydia Moroena said yesterday the organisation was “autonomous and took decisions on its own”. Moroena said the province “could not run with someone who is losing”.

“We were wise enough to see that we cannot run with a loser,” she said. Moroena said the decision to back Dlamini had also been influenced by lobbyists from other provinces.

Two delegates of the North West women’s league also denied Mahumapeloand#039;s involvement in their preparations for the national conference.

Mahumapelo said yesterday it was not the first time the allegations of interfering with the women’s league were made against him. He said it had also happened during his term as ANC secretary in North West in 2010.

“The ANC in North West has a good relationship with the league. We also worked well with [Motshekga],” he said, adding that he had last met her during a “fruitful” meeting in Rustenburg in April.

Mahumapelo said he was at the women’s league conference for a short time on Thursday, but had been in Gauteng for family reasons.

He said Dlamini was the convener of ANC national executive committee deployees in North West and they both shared a constituency office in Rustenburg.

“There is nothing wrong with premiers of the ANC meeting and sharing ideas just like ministers would also do when they meet,” he said.

Magashule said the decision of the women’s league in Free State was taken by its provincial executive committee in consultation with the branches.

“The ANC did not get involved,” he said.

Magashule said his relationship with Mabuza and Mahumapelo started on the basis of the three provinces they lead being the major suppliers of maize to the country. He said he had no political ambitions to serve at national level. “I am fine where I am,” he said.

City Press was alerted to the allegations that the premium price for a voting delegate at the women’s league was a single blanket, tracksuits, airtime and R4 000 in cash.

Approached for comment, senior leaders of the league would not comment on these allegations. Instead, delegates were later given a tongue-lashing during a plenary meeting for communicating the closed-session proceedings with people outside the conference.