This is a man who, through his camera, froze significant moments in South African history for posterity.

Bongani Mnguni, who died last Sunday from a suspected heart attack, spent the last few years waging a struggle to get support for his work to be exhibited and seen in South Africa and internationally.

He knocked patiently on doors that remained cold and shut. Like many of his peers who, in their quest to document our history, took vicious knocks including detention, assault and death threats, he is forgotten by those now walking the corridors of power.

Some of his work is exhibited at the internationally acclaimed Hector Pieterson Museum in Soweto. But, truth be told, Mnguni’s camera captured much more than the June 16 1976 Soweto uprisings with which his name has become synonymous.

He went beyond the call of duty, often at risk to his own safety, to photograph crime, criminals, the bullet-riddled bodies of guerrillas killed after confrontation with apartheid security forces, coups in the former homelands and burning bodies set alight during violence in South African townships in the 1980s.

In one of his close shaves with death during the funeral of some of the people shot and killed by police in the aftermath of the 1976 uprisings, he was attacked by militant township youngsters.

“I was beaten up by those youths. They threw me into a grave and started throwing soil on top of me, burying me alive. But, one of the youths who had seen me taking pictures in the township intervened and saved me. That’s how I survived,” Mnguni told me in an interview back in 2015.

Such was his determination that, even after this incident, he never considered putting away his camera for good. He put the incident behind him and continued on his mission to capture memories.

In the early 1990s, as the country prepared to usher in a new dawn, he was invited to France where he spent a lengthy period exhibiting his work to much acclaim. It was while there that South Africa, which had been on a knife’s edge, finally announced a date for the country’s first democratic election.

He knew that he wouldn’t miss it for the world and quickly returned home to photograph this significant moment and Nelson Mandela’s inauguration in May 1994. He had come full circle. 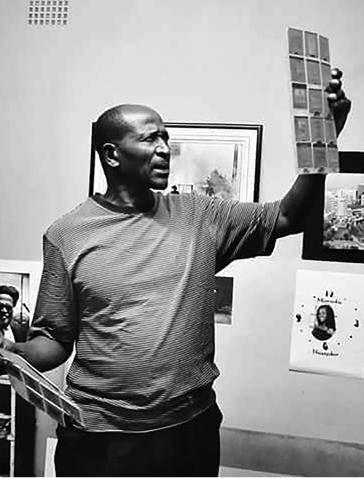 Mnguni’s work went beyond the blood and gore of political violence. He excelled at sport, particularly boxing, which he loved just as much as he did photography. He also shot memorable football cup finals, music concerts and cultural activities. And he photographed the lighter side of life Z dances in the townships, parties and, believe it or not, pin-up girls.

It was this love for photography that saw him leave formal employment in the 1980s and establish Black Image, a photographic agency that was a source of pride and envy.

He was a warm, loving person with a very high work ethic and empathy for his subjects and colleagues alike. His office at City Press, where he was photographic editor in the early 2000s, was like a school of life where all and sundry came to learn life’s lessons, from photographic issues to domestic and even financial matters.

He had a welcoming smile and wicked sense of humour. But he was also a very tough guy honed by life’s experiences, growing up in Soweto where his father, Puncho Villa Mnguni, was a boxer and a popular coal merchant.

Mnguni is survived by his wife, his children and grandchildren. He was buried on Saturday at Westpark cemetery. – Lucas Ledwaba