A model of hi-tech learning 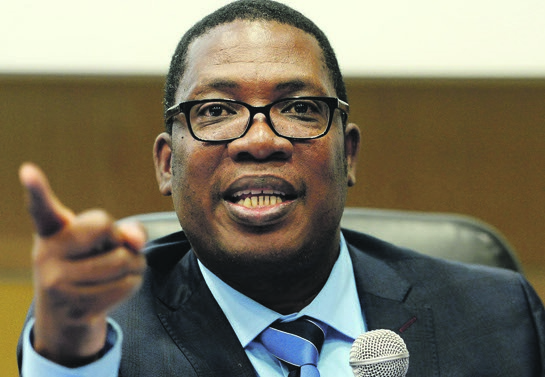 Set in between houses and a sprinkling of shacks in the dusty township of Kaalfontein Extension 8 in Ebony Park, Midrand, Ponelopele Oracle Secondary School has become a beacon of hi-tech learning for the community.

MEC Panyaza Lesufi has hailed the multimillion-rand school, built in 2006 through a public-private partnership between computer technology company Oracle and the Gauteng department of education as a model for how the provincial government’s information and communication technology (ICT) smart schools – with smart boards and tablets – should be preserved.

He told City Press that the school had set a good example of how communities could partner with government to enhance government’s initiatives in transforming education in the midst of raging battles with criminal elements hellbent on thwarting the modernisation of schools in the province.

Ponelopele is one of more than 400 township schools that have benefited from the project across the province.

The City Press team observed that classroom doors and windows were secured with thick burglar bars. The yard was well fenced and the main gate was manned by security guards who signed visitors in and out.

Deputy principal Tinyiko Mkhavele said in spite of these “incredible security features”, they relied mainly on the local community to keep the school’s facilities safe. He said their secret was engaging the community and highlighting the importance of protecting the school’s ICT equipment.

“They own this ICT project. They understand that criminal activities cannot be tolerated to deny these children an opportunity to have a bright future. They know each other in the community,” he said.

He credited the project for the pupils’ excitement and last year’s matric pass rate of 88% and 66 distinctions.

“Schools must call parents to a meeting before their children are enrolled and before the tablets are rolled out to make them aware of the school’s ICT policy,” Mkhavele said, offering advice to prospective beneficiary schools.

He added that parents at Ponelopele had also undertaken to buy or replace the tablets their children lose as part of the school’s policy. This minimised incidents where pupils lost their tablets, he said.

In 2014, government supplied the school with 25 smart boards for classes from Grade 8 to Grade 12, while 1 196 tablets for pupils and laptops for teachers were provided by the education department.

Oupa Bodibe, Gauteng education acting spokesperson, said different brands of tablets including Yekani, Huawei and Samsung, among others, had been purchased through various suppliers.

He said the project had been implemented with the help of service providers Machaba Ratombo Investments and Modlin e-Learning Solutions.

Bodibe also said from January next year 82 more schools, including Lenasia Secondary School and Lenz Public School, would benefit from the project. They will have on-site support, strong school-based ICT committees and ongoing training programmes for teachers.

However, Lenasia Secondary School found itself in a predicament after removing blackboards in seven classes last year before the new smart boards were delivered, according to deputy principal Kenney Ndhlovu.

He said some of the blackboards were donated to less privileged neighbouring schools to help upgrade their teaching facilities.

However, after realising that the education department would only start the smart boards project at a later date, they decided to reinstall some of the remaining chalkboards to continue teaching. Unfortunately, the classrooms were left in an unsightly state because of poor workmanship.