After 20 years of teaching under a tree, maths guru finally gets his classroom 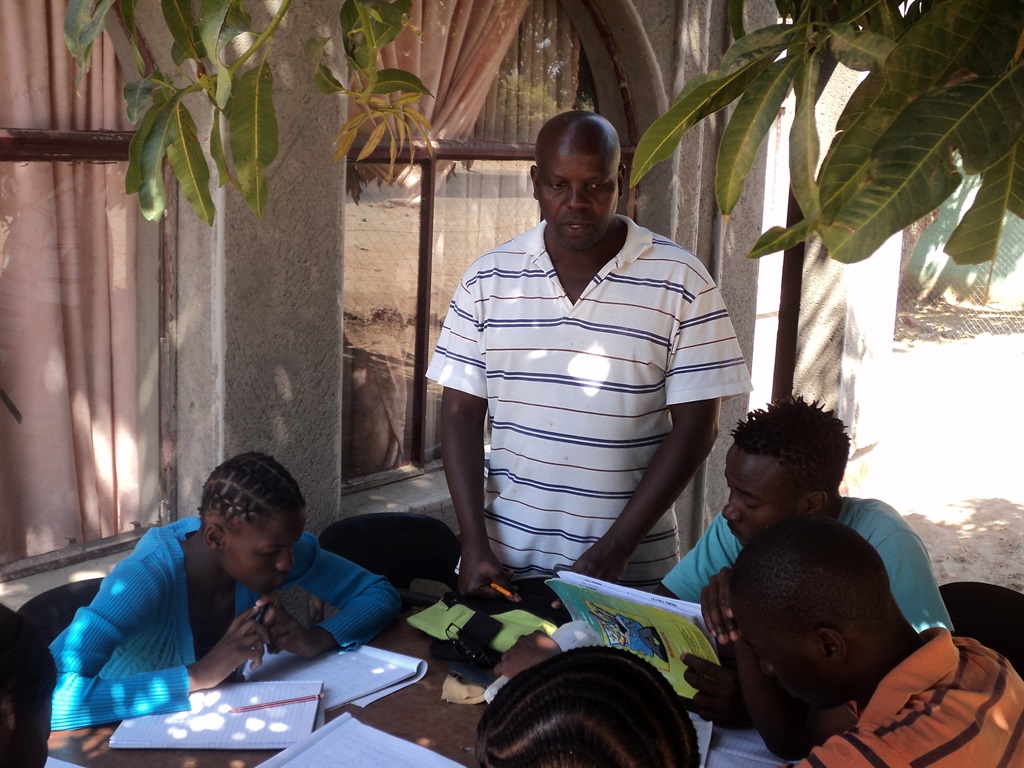 Jerry Mbowane gives maths and science classes to pupils, from under the tree in his yard in 2014. Picture: Yvonne Silaule

Mpumalanga maths guru Jerry Mbowane has been given a classroom where he can finally share his passion with schoolchildren.

Mbowane (58) spent more than two decades giving afternoon maths and science classes under a tree in the yard of his family’s home in Thulamahashe, near Bushbuckridge.

“I have no words to describe the joy I feel today,” he said at the official handing over of the Caltex Academy of Maths and Science, at Zwide Primary School.

It is within walking distance of Mbowane’s home.

“It’s good to know that there won’t be any worry for me and my kids about the change of weather at any given day. Now we have shelter and we have equipment to work with.”

Mbowane had been teaching about 70 pupils under his tree.

In the mornings, he visited government schools around Bushbuckridge to teach, and has had pupils who have attained distinctions in both maths and science.

Petrochemicals company Caltex provided Mbowane with a R150 000 sponsorship, which will provide him with a place to teach, and stationery.

Teaching at the academy was meant to have started in January, but was delayed after the school decided to make more space available to accommodate it.

This meant reworking the contract between the school and the academy, Caltex’s financial and logistics director Arnold le Roux explained.

He said Mbowane deserved to work in a well-equipped classroom.

“We had to step in and do something after reading his stories in newspapers. He is doing a good job and should not be left to do it alone, because the children are our future.”

Mbowane said he was grateful that the company, which is passionate about maths and science, was helping him.

“The thought that we had to be under the tree to exchange knowledge was always nothing compared to the vision I have of eliminating poverty in my community.”

He grew up knowing that no matter how poor someone was, a matric with good marks in mathematics and science could help them improve their life.

“Mathematics and science have been dismissed as difficult subjects.

"I have always had the passion to remove the stubbornness of the stigma behind the two subjects, because I understand the great results that come with good results.”

His plan was to capture minds at a young age, because once children were older, it was hard to get them interested in maths and science.

Mbowane expressed his gratitude to his family for helping to feed his pupils and allowing him to hold his lessons in the house during bad weather.

His sister, Christine Mbowane, said her brother was a “community developer”.

Zwide Primary School’s principal, Orde Ndubane, said children needed extra lessons in maths and science because these were important when applying to university.

“It is great thing to see our community developing this way and we are glad that Caltex was there to back Mbowane to assist our children progress in mathematics. We are struggling as teachers sometimes, to break the science stigma.” – News24