ANC is confident of retaining Mamusa in by-elections An elderly man casts his vote in the Mamusa by-elections on Wednesday. Picture: Tebogo Letsie/City Press

If political T-shirts were to translate into votes, then the EFF and the ANC would be the automatic front-runners in the hotly contested Mamusa Local Municipality by-elections in the North West.

Elections got under way earlier in the morning, with the two parties seen dishing out T-shirts to voters who confirmed their registration status at their desks outside some of the voting stations in Ipelegeng township outside Schweizer Reneke.

As voters trickled into voting stations throughout the day, community members mostly in ANC and EFF shirts, walked up and down the streets while others could be seen pushing wheelbarrows or waiting for their turn to get water from tanker trucks – one of the big challenges in Ipelegeng.

The Forum 4 Service Delivery (F4SD) said, however, they were proof that T-shirts or high visibility did not always reflect good performance for the party.

“The thing is, not everyone in an F4SD T-shirt will vote F4SD and not everyone in an ANC T-shirt votes ANC. We’re all here waiting for counting to be finalised and know where we’re standing irrespective of the number of T-shirts or other resources we gave to the community,” said F4SD leader, Mbahare Kekana.

An opposition party before Mamusa was dissolved late last year, the F4SD came in as a newcomer contesting in five wards, from which they scored three council seats in 2016.

The ANC was contesting all nine wards and won eight of them, with the DA taking the remaining one. In the council, the ANC won 11 council seats out of 18. The EFF was placed after F4SD with two council seats and the DA and Freedom Front Plus with one each.

Following the dissolution of the council by the North West government, all parties were back at work hoping to improve on their last performance.

The ANC has acknowledged the challenges of disunity in the council, including among its own councillors. This affected service delivery and administration and subsequently led to the dissolution. Nevertheless, the ANC remained confident of retaining power after today’s by-elections.

READ: ‘Why must I vote when I still queue for water?’

Coordinator of the interim provincial committee on the ANC in the North West, Hlomane Chauke, said they were vying to “win the elections and get capacity that will respond to the challenges here in Mamusa”.

He said the elections started off well for them.

“Everything has been going smoothly without any incidents and our party agents have been properly deployed. A door-to-door [campaign] has been continuing with people encouraged to go and vote,” Chauke said.

“Our approach is to win all wards … [the] contest is very tough but we have a strategy and we are confident of retaining what we had before dissolution or doing even much better. Anything less that is not us.”

The F4SD was even more determined. The party said its aim was to unseat the ANC and take over Mamusa.

“Our aim is to lead the municipality and all we need is nine seats and we get Mamusa. Our second option is a coalition in this municipality,” Kekana said.

“We contested five wards in 2016 and we’re now in all nine of them. We’re aiming higher this time and we’re not even thinking of dropping from the three council seats we had before dissolution.”

Kekana confirmed to City Press that his party would give R100 000 to each of their candidates who won a ward in Mamusa, which meant they had R900 000 ready if they won all nine wards.

“The thing is, the F4SD has never won a ward … we have 33 proportional representation councillors in three provinces: North West, Mpumalanga and Free State. A ward holds a little bit more power and we need to win wards so we can prove that we are capable of leading municipalities, hence we’ve decided to give money to candidates who deliver wards,” he said. 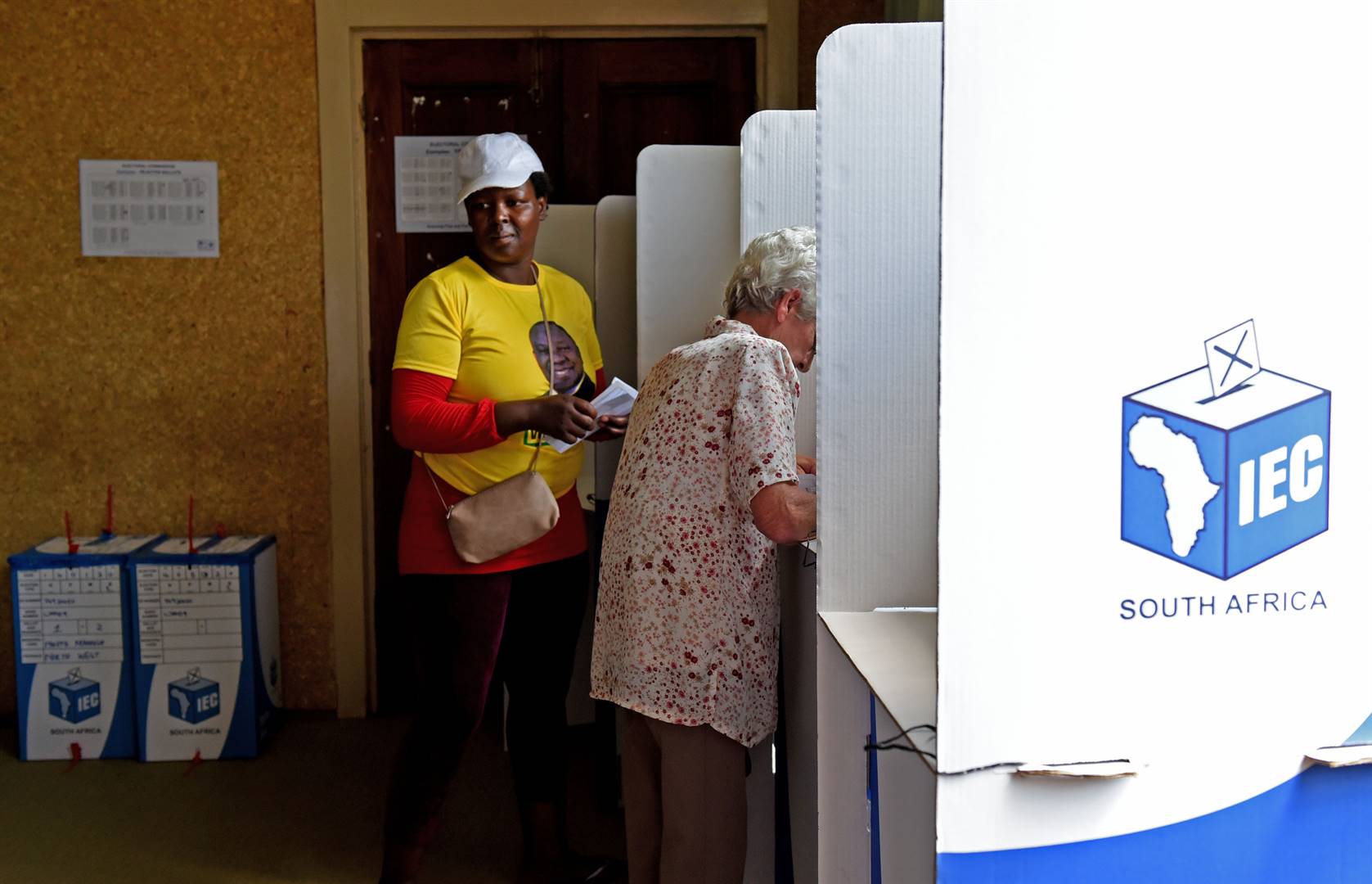 “The long-awaited elections are finally here and we’re excited albeit this being tightly contested elections. Our first prize is to win and retain a ward and add a PR to it,” said DA provincial leader, Joe McGluwa.

He said his party was ready to return to council and serve but emphasised that “we can’t ignore the fact that the ANC has messed up the Mamusa municipality”.

McGluwa added that his party would “accept the outcome and continue to serve the people”.

Meanwhile, head of the Electoral Commission in the province, Dr Tumelontle Thiba, said they had hoped for at turnout of at least 5 000 of the 28 000 registered voters in Mamusa. She said voting stations would close at 9pm and counting will commence as soon as the last person who was in the queue at closing time had voted.

Thiba said official elections results could take about three days to be announced but “we’re hoping for it to be earlier than that”.

Political parties were expected to start doing their own maths as soon as voting was concluded in the 26 voting stations.

Related Links
‘Why must I vote when I still queue for water?'
Share
Next on City Press
Mothers encouraged to breast-feed during Covid-19