The ANC’s alliance partners staged a pushback against some of the key economic reforms punted by Finance Minister Tito Mboweni, warning that some Treasury proposals were a betrayal of the promise that the governing party made to the voters just recently, at the May 8 general elections.

The ANC’s national executive committee (NEC) meeting last weekend, attended by alliance leaders from Cosatu and the SACP, grappled with the economic policy question in a bid to find the most effective way to ignite sluggish economic growth and create jobs.

But some of the new proposals grated the tripartite alliance leaders, particularly the pitch to exempt small, medium and micro enterprises (SMMEs) from the national minimum wage and the extension of bargaining council agreements, as well as the idea to sell off power utility Eskom’s coal-fired stations.

Mboweni was successfully cushioned from taking the heat for the Treasury report alone as the ANC economic transformation subcommittee, through its chairperson Enoch Godongwana, also took ownership of the document.

Godongwana was followed by ministers Ebrahim Patel (Trade and Industry), Gwede Mantashe (Minerals and Energy), Pravin Gordhan (Public Enterprises) and Khumbudzo Ntshavheni (Small Business Development), who also presented parts of their contribution to the Treasury document and made further inputs.

“It became a comprehensive conversation without focusing just on the Treasury document and it forced people to discuss the matter holistically,” said an ANC leader.

“But there were people who raised concerns, for example on the national minimum wage, saying that we seem to be deviating from the elections manifesto. The president also spoke about this minimum wage during the state of the nation address, so we cannot turn back.”

Godongwana told City Press that the elections manifesto was “but one of the documents” that had to be implemented.

“There are others, such as national conference resolutions. The Treasury document, as a number of commentators have alluded to, draws from a number of documents including the National Development Plan (NDP,) and the ANC statement confirms that.”

City Press understands that Mantashe also disagreed with Mboweni on the sale of coal-fired stations, instead preferring for South Africa to look to clean coal technology to exploit its vast coal reserves.

Mantashe, according to those attending the meeting, said that coal provided the country with a strategic advantage in global economic markets and, despite agreement in the ANC that the non-core state assets could be ditched, coal could not just be tossed into private hands.

The submissions from the five ministers were set to be integrated pending further engagements at a planned Alliance Political Council, whose discussion document was already being circulated.

Also persuaded by Cosatu general secretary Bheki Ntshalintshali, the meeting agreed to remove all labour market issues from the discussion and if government wanted to negotiate them, the discussions would be tabled at Nedlac, the business, labour and government negotiating chamber, for consideration.

“This is not a matter that Cosatu, having participated in the manifesto’s drafting, nor the workers who have voted overwhelmingly to defend and elect the ANC back into government, can take lightly or ignore,” said Pamla. The trade union federation agreed that the economy was in a serious crisis, with the 40% and rising unemployment figure being the core of the problem.

“We welcome debates on what must be done. However, the ham-fisted, bull-in-a-china-shop approach of Treasury will, in fact, make matters worse for workers,” he said.

The national minimum wage was a key campaign feature of not only President Cyril Ramaphosa but the ANC, he said, adding that the Treasury proposal to exempt SMMEs would in effect collapse the 10-month-old legislation.

Neither the National Minimum Wage Commission nor the workers had been consulted on this matter.

“In short, government believes that the way to grow the economy is to pay workers a slave wage. If this bore any relation to reality, then South Africa with its inherited apartheid poverty wages would be enjoying 100% and not 40% unemployment rates.”

He said another proposal on limiting the extension of bargaining council agreements amounted to exempting SMMEs from respecting the labour rights of workers. 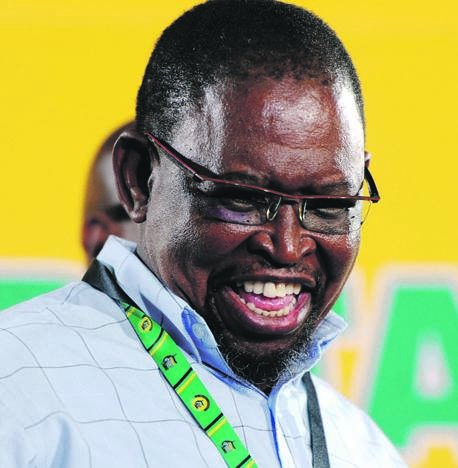 He said Cosatu would participate in the debate on how best to stabilise SOEs but with conditions, including that there would be “no retrenchments, no privatisation” and that “comprehensive forensic audits are conducted, the accused are arrested and stolen assets returned to the state”.

SACP spokesperson Alex Mashilo, who also presented the party’s submissions on the economy at the NEC meeting, said it would be “unethical” to enter into the details of “who said what” at the meeting.

“What we can say is that we welcome the agreement, as recorded in the post-NEC statement, to proceed with the convening of the Alliance Political Council process of consultation,” he said.

At the central committee meeting last month the SACP dismissed the idea to “roll back the legally recognised extension of collective bargaining agreements”.

The party said that the ANC’s elections manifesto, developed in consultation with the alliance, was consequently taken to the electorate for endorsement on the ballot.

“It is important to remain true to history and truthful to our people. The entire progressive thrust of the manifesto must be articulated consistently in policy making in government, rather than undermined.”

However, Ntshavheni said that in terms of current provisions for the national minimum wage, SMMEs had the right to apply for exemption from paying the minimum wage and if they met certain criteria, their application would be granted.

“The current proposal is to make it easier and more efficient for qualifying SMMEs to receive exemptions from paying the national minimum wage (what is termed automatic exemptions),” she said.

While the current exemptions were given on a case-by-case basis, the proposal was to make the qualifying criteria for the national minimum wage exemption standard and its implementation automatic for qualifying SMMEs.

She said “there was never an intention to unilaterally exempt SMMEs from respecting labour rights, but a proposal of matters that should be tabled at Nedlac for negotiations and agreements”.

Ntshavheni said the ANC and government already had a policy position on the sale of non-core and non-strategic state assets as espoused in the NDP.

Specific to the proposal of the sale of coal-fired power stations, she said, “the proposed Integrated Resource Plan of the mineral resources and energy department has necessitated a review of such a position”.

Related Links
There are no silver bullets for SA’s growth crises
Mboweni’s plan: 7 considerations that will actually help small businesses
SA’s economic paralysis is a leadership crisis
Share
Next on City Press
Emfuleni officials implicated in R870m looting spree – but no action taken