Army or no army, residents live in fear 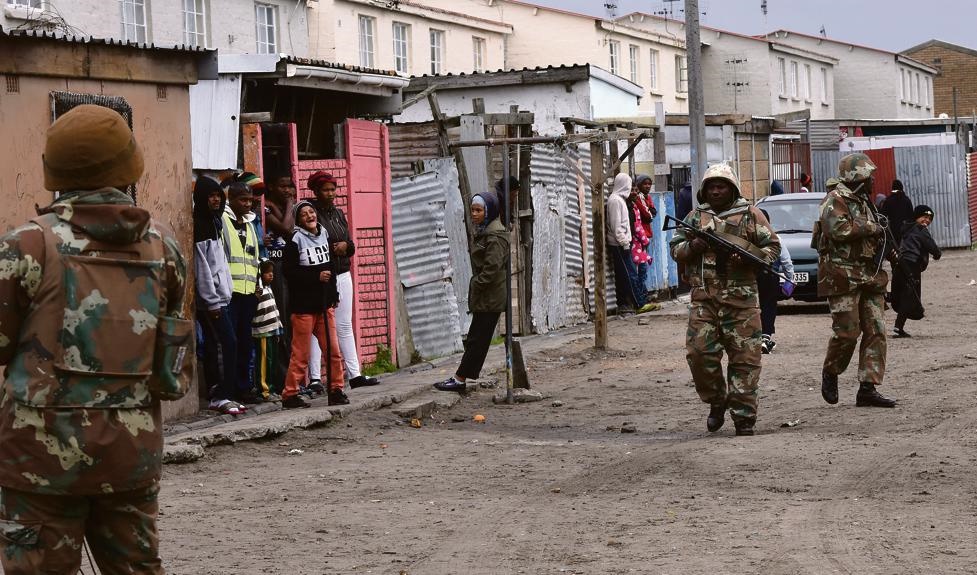 While relative calm has been restored in some volatile Cape townships following the deployment of the SA National Defence Force two weeks ago, residents continue to live in fear and say criminals are lurking around, ready to pounce at any given moment.

The defence force was deployed to the Cape Flats after a spike in violent crime that claimed dozens of lives.

But while Western Cape Premier Alan Winde says the army deployment has made a positive impact in the province, with the murder rate dropping by 50% in the past two weeks, shockingly high murder statistics continue to emerge.

Over the past weekend alone 46 murders were reported in the Western Cape – 20 stabbings, 21 shootings and five other murders.

The murder of Ukrainian tourist Ivan Ivanov, who was stabbed to death while hiking above Cape Town’s Chapman’s Peak Drive, sent shock waves throughout the country.

During a visit to Nyanga township, dubbed South Africa’s murder capital, City press was told by frightened residents that they continue to live in fear as criminals continue to terrorise them.

They said they were convinced that the army was going to patrol their streets on a 24-hour basis, but were shocked to learn that they only patrol for a few hours and then move to other areas.

“Criminals continue to rob us, and stabbings and shootings are the order of the day. The thugs know when is the right time to pounce because the soldiers are not here all the time. Things could have been better if the army and the police were patrolling 24/7,” says Nyanga resident Nonzaliseko Funani (39).

Funani, who has been living in Nyanga for 15 years after moving here from Tsolo in the Eastern Cape, alleges that gunshots continue to ring out at night.

She says that she was forced to send her children back to the Eastern Cape last year following the brutal murder of her boyfriend by thugs who robbed him of his cellphone before stabbing him multiple times.

“I’m glad I did that because this is no place to raise children, unless you want to raise criminals. At least with my grandmother back home I know that they are safe. There are criminals all over the place here and children have no role models. Instead they are exposed to guns and dagga-smoking and as a result they grow up thinking that those things are cool and they end up wanting to emulate that bad lifestyle,” she says.

She says the thugs often boast that they are not scared of the army.

Her sentiments are echoed by her neighbour, Mzukhona Losi (47), who says the thugs have fired a warning message that “the army is not going to be here forever”.

“They make funny remarks that we think we are safe because the soldiers are here and remind us that when the army moves they are coming for us,” says Losi.

He believes unemployment plays a big role in the escalation of crime in black townships such as Nyanga.

“Unemployment is rife here and it is easy for people to turn to crime. Most youngsters are wandering the streets despite being educated, but because of lack of jobs they end up robbing people. Government needs to create jobs, that’s the only solution to this crime.

We live in a world where facts and fiction get blurred
In times of uncertainty you need journalism you can trust. For 14 free days, you can have access to a world of in-depth analyses, investigative journalism, top opinions and a range of features. Journalism strengthens democracy. Invest in the future today. Thereafter you will be billed R75 per month. You can cancel anytime and if you cancel within 14 days you won't be billed.
Subscribe to News24
Related Links
Fake soldier causes panic after infiltrating SANDF
Air force racial rift report surfaces after 14 years
R52 million SANDF tender under the microscope
Next on City Press
Minister threatens to declare SABC board delinquent