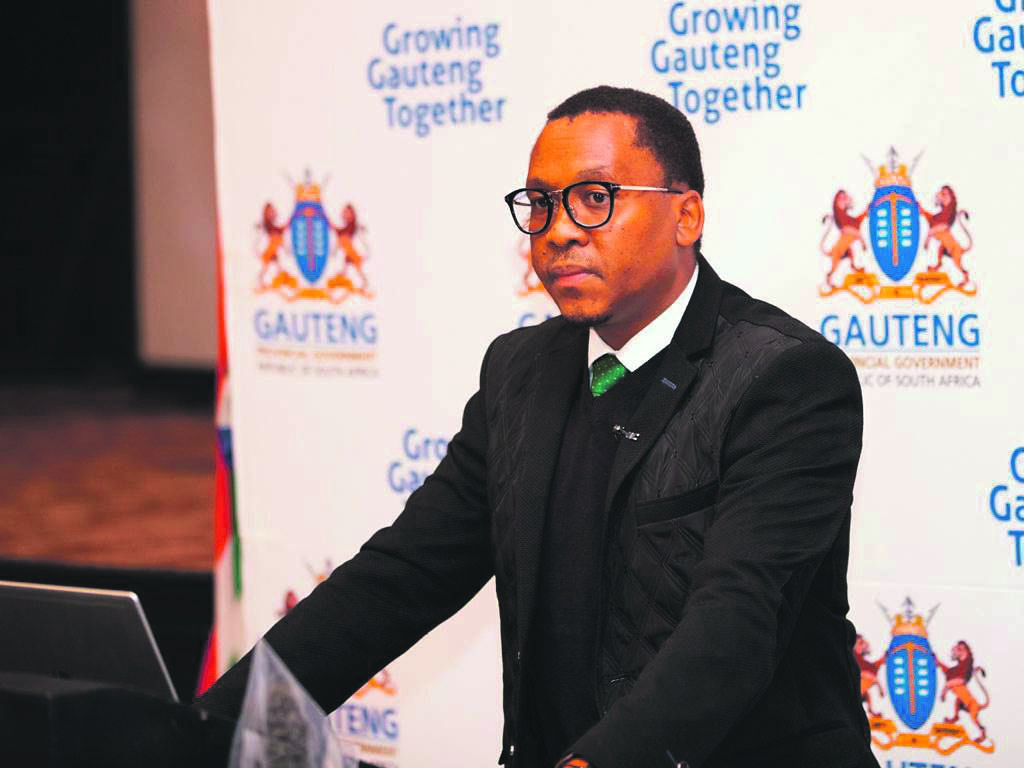 Former Gauteng health MEC Bandile Masuku hopes to live another day after indicating that he will go to court to appeal the interim Special Investigating Unit (SIU) findings on him. He is now also armed with a report compiled by forensic investigator Paul O’Sullivan.

On Friday, Gauteng Premier David Makhura announced that the SIU had found that Masuku failed to execute his functions in compliance with the Constitution and the Public Finance Management Act.

Masuku slammed the SIU, claiming its report “makes incorrect and non-factual findings about my role as the executive authority”.

Masuku accused the SIU of ignoring all affidavits but one, and making no reference in its report to the evidence he and his office had presented.

He said the SIU had used “innuendos in a manner that gives the impression that they’re engaged in political speech, rather than a search for truth and facts”, and that the unit had failed to properly interpret the law, blaming him for decisions he had nothing to do with.

After citing the reasons for sacking Masuku on Friday, Makhura said he might reappoint him if he was cleared of corruption allegations in the final report. He added that he would not appoint another permanent health MEC until the SIU’s investigation was finished.

While the SIU conducted its report, Masuku hired his own investigative team to provide an independent forensic report on the graft in his office.

There is no evidence that Dr Masuku interfered in any personal protective equipment procurement processes.
Paul O’Sullivan

The forensic report by O’Sullivan & Associates, dated October 8, conflicted with the SIU’s report by finding that there was no evidence linking Masuku to any interference in the procurement of healthcare equipment.

O’Sullivan said there was no denying that Masuku’s wife, Loyiso, and presidential spokesperson Khusela Diko – whose husband, Thandisizwe, received personal protective equipment contracts from the Gauteng department of health – were old friends.

“However, no negative conclusion can be drawn from this, given that the Masukus had no idea that Diko, whom they had only known since 2016, was entering bids for the personal protective equipment supply chain. If a negative conclusion were to be drawn in respect of the Diko-Masuku friendship, it should be against Diko, who appears not to have been receptive to the notion that he was conflicted to do business with the Gauteng department of health, as a result of his marriage to an old friend of Mrs and Dr Masuku.

We understand that the premier has the right to act in his capacity, but Masuku was a deployee of the ANC and we deserved to be consulted.
Provincial executive committee member

O’Sullivan said there was also no evidence to suggest that the Masukus had known that Diko was engaging with the health department with a view to supplying personal protective equipment before May 24.

Meanwhile, the ousting of Masuku was criticised by some provincial executive committee members who were not made privy to the decision.

According to one member, the matter was supposed to have been discussed over the weekend.

“The plan was to discuss the SIU’s findings at our next meeting, so we were surprised to hear the premier announce Bandile’s fate before then. We understand that the premier has the right to act in his capacity, but Masuku was a deployee of the ANC and we deserved to be consulted. We’ll let our frustrations out tomorrow,” the member said.

We live in a world where facts and fiction get blurred
In times of uncertainty you need journalism you can trust. For only R75 per month, you have access to a world of in-depth analyses, investigative journalism, top opinions and a range of features. Journalism strengthens democracy. Invest in the future today.
Subscribe to News24
Related Links
UPDATE: Gauteng health MEC does about-turn, will no longer sue eNCA reporter over crowded...
Gauteng Health MEC says department not just planning, but, executing
Gauteng health faces R1.1bn in claims for alleged negligence
Next on City Press
Finally, DA gets its wish as Tshwane mayor is elected Choose a newsletter
Voting Booth
Thousands of Gauteng motorists who refuse to pay their e-tolls could be fined R500 every time they drive under a toll gantry from July next year. In addition, they will have to pay a R100 levy for every one of these fines.
Please select an option Oops! Something went wrong, please try again later.
e-tolls must be scrapped
75% - 133 votes
I still won’t comply
17% - 30 votes
I’ll do my duty and avoid fines
3% - 5 votes
Good idea to help the economy
5% - 9 votes
Previous Results
Dumisane Lubisi
Tributes from friends and colleagues of Dumisane Lubisi