‘Being diagnosed with Covid-19 was the start of my nightmare’ Ncebakazi Willie, 27, tested positive for Coronavirus after returned to her home in Elliotdale, Eastern Cape. Willie works for an Italian based cruse ship, the country with the highest death toll of the virus. She has now recovered and is back with her family in Fameni in Elliotdale after a 14 day quarantine period at Madwaleni Hospital. Photos Lubabalo Ngcukana/ City Press

Ncebakazi Willie thought being diagnosed with the Covid-19 coronavirus was awful, but it was just the beginning of a long battle against the virus and stigma.

The 27-year-old from the Eastern Cape may have recovered physically, but the stigmatisation and trauma she suffered after nurses leaked her condition to the public have left her scarred.

In an interview on Monday afternoon, Willie, who works for an Italy-based cruise ship, said she had returned home in Fameni, Willowvale in the Amathole district, from Italy and she decided to contact doctors from Mthatha and Madwaleni Hospital to get tested.

She said she did not have any symptoms, but decided to get tested since she had returned from a country which was at that stage the epicentre of the virus.

Her fears were confirmed when she tested positive for Covid-19.

Speaking on the sidelines of a mass screening and door-to-door testing drive in her village, Willie said she the 14 days of quarantine at the hospital were tough.

“I was not feeling well about the situation. I decided to pray about it. I decided to have a positive attitude and not dwell much on negative things. I was scared. I am still scared even now. But in the end I had Covid-19. 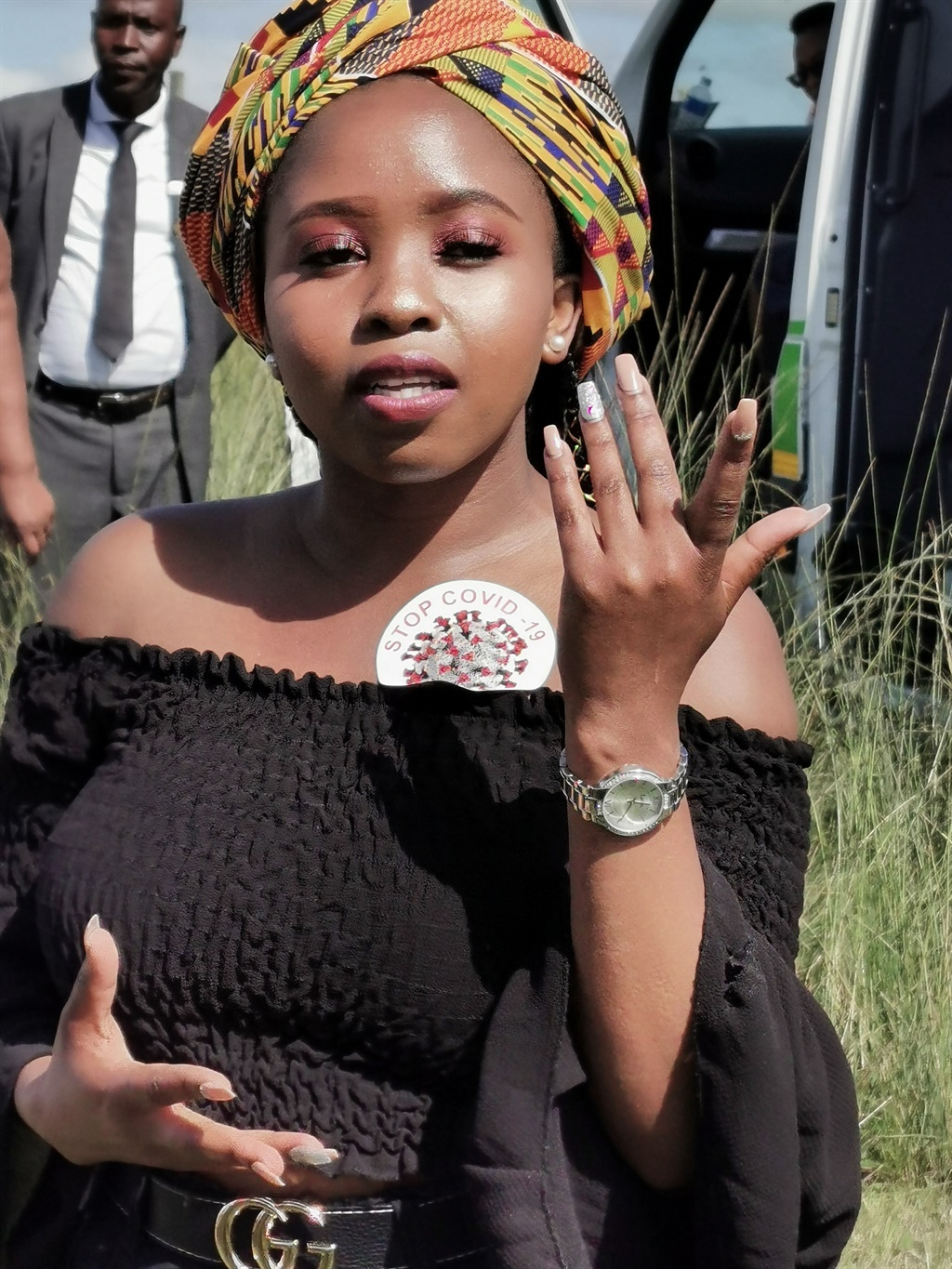 “I had no symptoms – not a cough or anything. It was just because I had been to Italy that I decided to visit Madwaleni Hospital to get help,” she said.

She said there’s a lot to be done to educate people to change their perceptions of the virus because at the moment there’s stigma associated with it.

Willie said in rural areas such as her home people still needed to be taught about how the virus is transmitted.

She said she deleted her social media accounts after her story was leaked on social media and people said all sorts of negative things about her.

“All those mean things people were saying on social media were negatively affecting me. I was still trying to recover from the virus. It was bad because I did not ask to have the coronavirus.”

Willie, who did not want to mention the name of the cruise ship she was working on, said she came back to the country on March 17.

She asked the hospital to quarantine her as she

did not want to infect her family members, in case she tested positive.

“I could not quarantine myself because there are 10 of us at home. So I was quarantined at Madwaleni Hospital. The results came back on the fifth day, I think,” she said.

Willie returned home because her contract had been frozen as a result of the Covid-19 outbreak.

She urged people to comply with the rules of the lockdown as announced by President Cyril Ramaphosa, such as social distancing and wearing masks and gloves.

During her hospital stay, Willie said she kept fit by exercising every morning and boosted her immune system by taking vitamins and drinking hot fluids three to five times a day.

Asked what her plans were, she said: “After this coronavirus is gone I am going back to my work. But while I am still here at home I will continue to educate people about the virus to remove the stigma.” Dr Andrew Miller, clinical manager at Madwaleni Hospital, said he got in contact with Willie after she had contacted doctors in Mthatha saying she wanted to be tested.

Miller said they arranged for her to come into Madwaleni, prepared her and took her straight to the isolation area, where she was assessed and eventually tested.

“At Madwaleni we thought we would get cases of Covid-19 but we didn’t think it was going to happen early in a community like ours, but we were ready.”

“She graciously agreed to stay in the hospital. She couldn’t quarantine or isolate herself at home because there are many people in her house.

“She felt that she could not keep them safe, but we had the capacity at the hospital.”

Miller said they applied sympathetic treatment to deal with Willie’s case, as they would treat any kind of flu or cold.

He said there is no cure for the virus at the moment, but it is something that a healthy immune system has a fair chance of fighting.

“Most people will clear the virus out of their systems within about seven days, which is what happened to Willie. She was never severely sick,” he said.

Miller said Willie spent 14 days in quarantine before being dequarantined after she recovered.

He said the hospital did contact tracing for all the people that Willie had come into contact with, testing anyone who had symptoms.

He said self-quarantine is difficult in rural areas such as Fameni, where people often do not have houses and share small spaces, and where people primarily use public transport, making it difficult to do contact tracing.

Eastern Cape Health MEC Sindiswa Gomba praised Willie for her bravery and said her experience would teach many to have confidence in that people can recover from Covid-19. “Yes, it can be cured. If a person was positive and then a person is negative what do you think is the process? It is curing.

“If you go to a doctor with the simple flu a doctor will tell you that you will not be okay until you sleep and rest.

“As long as you don’t rest that flu will continue, maybe for two weeks. Suddenly you feel stressed and overwhelmed because of this flu that does not leave you. And you take three days and you sleep and rest and the flu is gone,” Gomba said.

The MEC said Covid-19 was similar to HIV in the way in which it affects the immune system.

“No one says they died of Aids. A person will die because of something like meningitis, a person would be dead because it graduated to [tuberculosis] TB , [extensively drug-resistant TB], [multidrug-resistant TB].

“Even with Covid-19, we isolate the symptoms that you have.