straight and narrow TanzanianPresident John Magufuli is increasingly being seen as a despotPHOTO: Thomas Mukoya / REUTERS

Canadian officials yesterday became the latest to speak out against the state-sanctioned anti-gay prejudice that has seen Tanzania making international headlines ever since news broke of the arrest of 10 gay men in Zanzibar over the weekend.

Tanzania is one of Canada’s biggest aid recipients, but the North American country is “reassessing its relationship” with the nation, according to the Canadian Broadcasting Corporation.

This follows “high-level meetings involving not only Canadian and Tanzanian officials, but also those of other western donor nations”.

Other countries have been less diplomatic, with the EU withdrawing its ambassador from Tanzania and the US warning its citizens in the country to be aware of the crackdown. Several countries have issued travel alerts.

The crackdown began with the deployment of “anti-gay patrols” on Monday in Dar es Salaam, Tanzania’s biggest city, according to reports by French international news agency Agence France-Presse.

In a message to Tanzanians, Dar es Salaam regional commissioner Paul Makonda declared: “Give me their names. My ad hoc team will begin to get their hands on them.”

The teams tasked with rounding up lesbian, gay, bisexual, transgender and intersex (LGBTI) people in Tanzania was made up of police, Tanzania Communications Regulatory Authority agents and “media practitioners”, who trolled social media for signs of “homosexual behaviour”.

The news agency reported that more than 5 000 tip-offs had been received by the end of the first day.

The arrests in Zanzibar were the first of the crackdown.

Amnesty International’s deputy director for east Africa, Seif Magango, issued a statement which claimed that all the arrested men had done was to sit together in pairs.

“This must not be allowed to happen. These men must be released immediately.”

Memes of solidarity with LGBTI Tanzanians spread like wildfire on social media in the course of this week and many gay men in Tanzania have been reported to have gone into hiding out of fear that the anti-gay squads would come for them next.

An LGBTI activist told The Guardian: “They are raiding houses. It is a horrible thing. It is just going to get worse. So many people are leaving the city, running away.”

Anti-gay harassment has increased since the election of President John “The Bulldozer” Magufuli in 2015.

Last year the Tanzanian government threatened to publish the names of gay Tanzanians and ordered the closure of 40 walk-in HIV clinics, accusing them of encouraging homosexuality.

Praised by many Tanzanians for his no-nonsense anticorruption drive, Magufuli is causing alarm in the rest of the world as civil liberties have been steadily undermined since his election.

Online content producers have been forced to register with Tanzania’s broadcast regulator and pay a hefty licence fee or face prison time.

A new cybercrime law has targeted anyone who might insult the president; the publishing of statistics that challenge the state’s official ones has been outlawed; the smoking of shisha (water-pipe tobacco) has been banned; and women MPs have been banned from wearing false eyelashes, false nails, short skirts and jeans.

Pregnant teenagers and “lazy” prisoners have also been the subject of Magufuli’s ire.

Four newspapers and two radio stations have been shut down, leading Angela Quintal, a South African journalist and Africa programme coordinator at the Committee to Protect Journalists, to speak against the suppression of journalists.

This week she and a Kenyan colleague, Muthoki Mumo, were visiting Tanzania when they were removed from their hotel by police and released after an international outcry. The women’s passports were returned on Thursday, and only then were they free to leave the country, after a reported diplomatic stand-off. 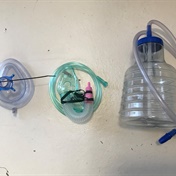