Community vs chief | The story of a struggle for land Prisca Shabalala says Inkosi Shabalala was not made chief by the community, but was imposed on them

Paperwork shows that this land was bought by a group of people originating from Swaziland more than a century ago. The original title deed lists the names of the 120 buyers, and the ownership of the land is held by a committee that represents the buyers.

From a distance, Matiwane’s Kop looks like any other village, where free-roaming cattle and goats stop for a drink at different spots along a network of tributaries from the Cwembe River, which runs alongside the sprawling village.

However, the people who live on this piece of land were dispossessed during apartheid. Their land was reinstated after the advent of democracy, but the community members are now locked in a battle with a local chief.

When the democratic government reversed the apartheid government’s early 1980s expropriation of this land and transferred its ownership to the original buyers’ descendants in 2006, it seemed that all would be well.

During apartheid, the land was taken by the state and some of the now elderly residents remember how the elders in the village used ride their horses to Ladysmith, about 35km away, in their tireless fight to get their land back. 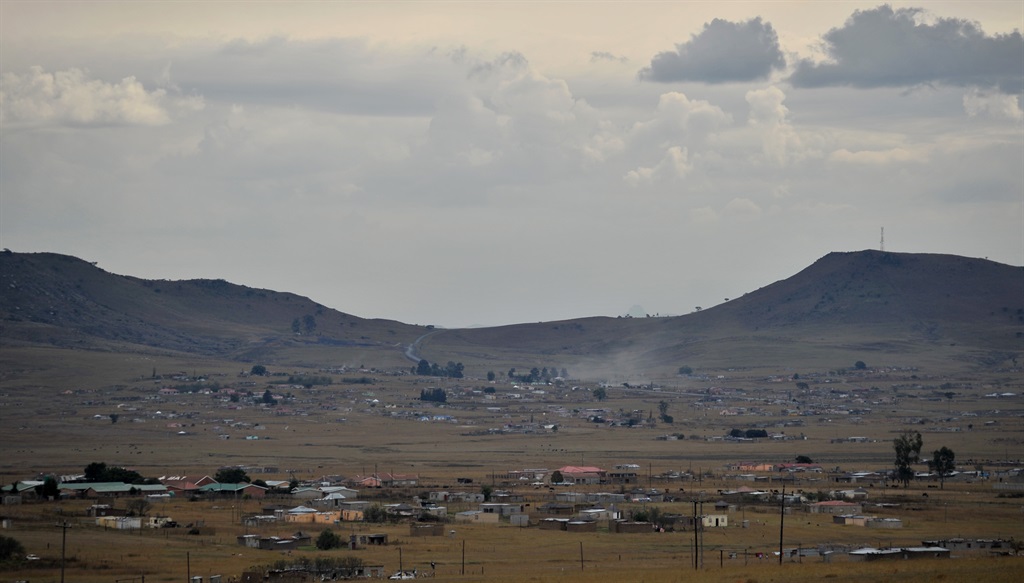 In Matiwaneskop near Ladysmith, KwaZulu-Natal, the community is refusing to be ruled by Inkosi Ntandoyenkosi Shabalala. They say that, when their forefathers bought the land in the 1800s, they had no chief and were just a group of 120 ordinary people. Picture: Tebogo Letsie

NOT THE END OF IT

However, it soon became apparent that there were underlying problems in the community.

In July 2010, parliamentarians heard about some of the issues when a villager and member of the Rural Women’s Movement in KwaZulu-Natal, Prisca Shabalala, made a heartfelt submission to the Portfolio Committee on Rural Development and Land Reform related to the Black Authorities Act Repeal Bill, which also looks into the authority of traditional leaders.

She gave a detailed submission about how 120 men bought the land in the early 1900s and “organised themselves into a syndicate, called the Matiwane’s Kop Management and Syndicate Committee”.

The current row revolves around whether the traditional leader, Inkosi Ntandoyenkosi Shabalala, has authority over the committee representing the land owners. This is complicated by the fact that he is also an owner of the land through his family tree. The other prickly issue is whether he is recognised as a traditional leader at all.

Inkosi Shabalala maintains that he was officially installed as the traditional leader in the area.

“I am the sixth in lineage from 1820 on arrival here from Swaziland. Now they [the community] say there’s never been a chief and that I am imposing myself on them. They can’t suddenly say I am not a chief when I was installed in 1997,” he said.

Prisca said: “The apartheid government tried but failed to make us leave – we fought against forced removals. We thought it was all over when we took back land ownership through the syndicate committee in 2006, but we’re now faced with a new challenge where we’re fighting for our land against one of our own.”

Meanwhile, Shabalala told City Press that the land in question was “bought for the chief”.

“During the forced removals, our original land was taken and my forefathers came with them as a chief. It is more like people brought the land and chose a chief to protect the chieftainship of the Shabalala clan,” he said.

Prisca Shabalala says Inkosi Shabalala was not made chief by the community, but was imposed on them

Together with a group of other community members, Prisca recently told City Press that Shabalala was “imposing himself on us as our chief”, and she drew a horrible picture of life under him as a traditional leader.

One of the community members who also served in the syndicate committee, Hamilton Kubheka (91), made it clear he did not recognise Shabalala as a traditional leader in this area.

“We are buyers ... we don’t have a chief and, yes, we worked together with the late Shabalala, the then chief, but a lot changed with this one,” he said.

“He came in and changed everything and took away all the powers of the landowners committee. We bought Matiwane’s Kop and then fought for it. Why must we fight for this land now, our own land?”

Shabalala said: “Chieftaincy has always been part of the 120 buyers. I was installed by KwaZulu-Natal cooperative governance and traditional affairs MEC in 1997. I wonder why Kubheka is saying there was never a chieftaincy when he served in my council.”

In her submission to the parliamentary committee, Prisca wrote that the chief “unilaterally controls community resources and access to land”, and was therefore shutting out the syndicate committee.

“In most instances, where there are projects that the community has initiated without him, for example the sewing machine project, the chief tries to frustrate the projects and threatens to take away the resources that are needed for the project. This is because he feels like he has no control over the project and the money involved in it,” she said.

“Some of the project resources that the chief wanted to confiscate were donated by the US ambassador’s self-help programme.”

Shabalala was also accused of infringing on the ownership rights of the syndicate committee by allocating land for development without the land owners’ consent.

Prisca said they were “not against development, but processes had to be followed and the owners had to be part of this” as the chief was not the sole owner of the land and, therefore, could not make these decisions by himself.

She also spoke about unfair practices in the traditional court under the chief.

“The conduct at the court is that, if you are a woman, you may not represent yourself ... a man must represent you. As a community, we feel that this is against our human rights and the Constitution, which we fought so hard for and for which our ancestors died,” she said.

“In the case of a widow, she is not even allowed to enter the premises of the court because it is believed she will bring bad spirits with her. Justice in the traditional court is dependent on who you are, your resources and your status in the community.”

Community members further told City Press that the chief was also penalising the families of those who were convicted of rape or murder.

“If your child is sent to jail, the chief will come and fine the family a cow or demand cash. This is double pain for the family,” Prisca said.

THE COST OF CHALLENGING THE CHIEF

As a result of a court case brought by Shabalala, Kubheka has been ordered to pay more than R50 000 to the chief. In 2016, Kubheka allegedly publically stated that Shabalala was “not a chief”. Kubheka was charged with defamation of character, and the local magistrate’s court ruled in favour of Shabalala.

“I don’t owe him anything. The sheriff came to attach my belongings and I was shocked because I didn’t say he was not a chief ... I said he was a KwaZulu chief, but not here at Matiwane’s Kop,” Kubheka said. 91-year-old Hamilton Kubheka one of the the community members refusing to be under the Chieftaincy of Ntandoyeni Shabalala claiming that when their forefathers bought the land in the 1800's they had no chief amongst them but ordinary group of 120 people. The Chief took him to court claiming defamation and won the case which Mandla has to pay Fifty Thousand rands lawsuit. Picture: Tebogo Letsie

“I also wrote him a letter in 2014 saying that we are a registered trust and that he can’t say that we can’t call a meeting when he is not a member of the trust.”

The chief said Kubheka further “undertook not to undermine me or utter harmful words against me”.

Shabalala believes those complaining were not happy with him because he called for change.

He said people such as Kubheka had been members of the syndicate committee for a long time, and that he changed all that and had called for a new committee to be elected.

Do you think that the community should defer to the chief installed by the state?

SMS us on 35697 using the keyword CHIEF and tell us what you think. Please include your name and province. SMSes cost R1.50

We live in a world where facts and fiction get blurred
In times of uncertainty you need journalism you can trust. For 14 free days, you can have access to a world of in-depth analyses, investigative journalism, top opinions and a range of features. Journalism strengthens democracy. Invest in the future today. Thereafter you will be billed R75 per month. You can cancel anytime and if you cancel within 14 days you won't be billed.
Subscribe to News24
Related Links
Land, cleavage and conflict
We want our land back
Next on City Press
Minister threatens to declare SABC board delinquent

Read more on:
our land