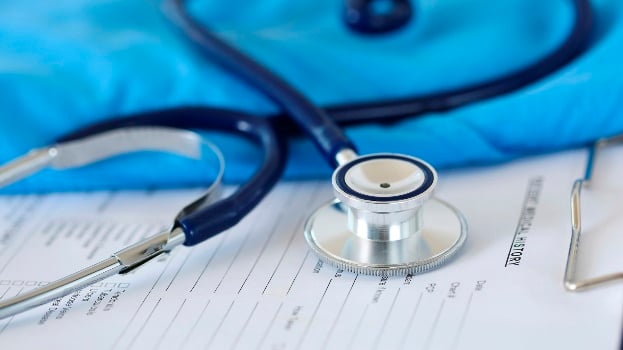 KZN nurses and doctors say they are concerned about shortage of protective equipment at hospitals given the growing number of the covid-19 coronavirus cases in the country.

Nurses in KwaZulu-Natal (KZN) have expressed fear and trepidation over “what is coming” as South Africa battles to contain the Covid-19 coronavirus, with the constant increase in the number of infections.

A shortage of personal protective equipment (PPE) and the consequent rationing of some supplies in the public health sector have left some of those that City Press spoke to “even more anxious”.

They are concerned about some people’s disregard for social distancing, particularly after government relaxed regulations for how many people taxis can carry.

On Friday, the KwaZulu-Natal department of health announced that its laboratories were only now testing 1 000 samples per shift, while private tests – which cost R1 400 – were only being conducted on those deemed to be at high risk.

The SA Cemeteries Association also issued a warning, saying the country’s cities were “currently challenged with the disposal of remains, be it in the provision of burial space or that of cremating our loved ones”.

“Our resources in land, equipment, economic and human capital will render us wanting,” said the association. It urged municipalities to “speedily plan for the potential demand for cemetery and cremation services in response to the anticipated increase in fatalities due to the Covid-19 pandemic”.

As of Friday, the province had registered 225 Covid-19 infections and six deaths, according to KwaZulu-Natal Premier Sihle Zikalala.

The province’s health MEC Nomagugu Simelane-Zulu said all the patients had died in private hospitals.

She also admitted that there was a supply shortage of some PPE in public facilities, but insisted that the hospitals had not “run out” of supplies. Instead, supplies were being rationed.

As the Covid-19 crisis continued to unfold this week, Netcare St Augustine’s Hospital, a private facility in Durban, announced on Friday that three of its patients had died from Covid-19 complications within 72 hours.

Zikalala told a press briefing on Friday, without mentioning St Augustine’s by name, that 11 nurses at a private hospital had tested positive for the virus. However, all the 11 nurses work at that hospital.

Read: Covid-19: Discontent among community healthcare workers on the frontlines

Healthcare workers at the hospital told City Press that many of the nurses travelled in the same taxis to and from work.

Netcare group chief executive Richard Friedland refused to comment on the patients, but told City Press the three did not meet the “case criteria” when they were admitted.

“When the [Covid-19] outbreak started, we were looking for patients who had been on international travels, with flu-like symptoms. None of the patients fulfilled those criteria,” Friedland said.

“We think some of our nurses were inadvertently infected by these patients because they weren’t wearing the full PPE as the patients were not in our Covid-19 ward.

"We have a separate, quarantined-off section for two types of patients – those who are definitely Covid-positive and then a separate section for patients under investigation.”

Friedland said it was ideal not to have patients under investigation, but this had to be done because laboratory testing took “anything between 24 hours and four days” to return results.

“Had we suspected the patients [were infected] or had they met the criteria, they would have been moved into either the Covid-19 ward or the patients under investigation ward.

"That was a very important lesson to us, because that was before there was any community spread [of the virus].”

Friedland was not concerned about the safety of staff who were treating Covid-19 patients because they had comprehensive PPE.

It was the nurses and other staff members who might have “inadvertently contracted the illness because the three patients were not considered Covid-19 or patients under investigation” who were a concern.

The nurses had been asked to self-isolate at home, he said, and four were being provided with private accommodation paid for by Netcare.

“Any of Netcare’s nurses who have come into contact with [Covid-19 patients] and are unable to self-isolate, given their own personal circumstances, will be provided accommodation at Netcare’s cost.”

Surgeries planned for Friday were cancelled and no new patients were admitted until the facility underwent a deep clean, which included the use of ultraviolet lights.

We live in a world where facts and fiction get blurred
In times of uncertainty you need journalism you can trust. For only R75 per month, you have access to a world of in-depth analyses, investigative journalism, top opinions and a range of features. Journalism strengthens democracy. Invest in the future today.
Subscribe to News24
Related Links
Mkhize: The low rate of transmission is just the calm before the storm
SA must conduct ‘hundreds of thousands’ of virus tests, says Zweli Mkhize
Nehawu accuses Mchunu of misleading SA over wage agreement
Next on City Press
Employees and employers frustrated as Ters system ‘more down than operational’