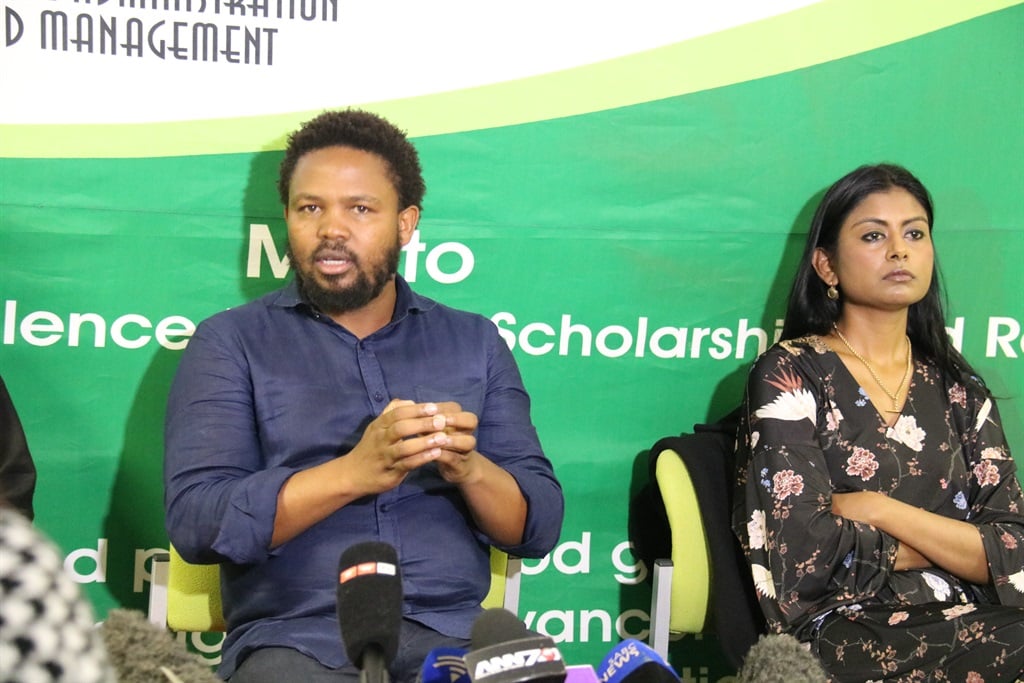 Former Cosatu general secretary, Zwelinzima Vavi, attended a panel discussion on Tuesday at the Tshwane University of Technology in Pretoria to discuss the post-apartheid state.

Vavi, who is now a leader of the newly formed South African Federation of Trade Unions (Saftu), was joined by Black First Land First leader Andile Mngxitama; former treasurer-general of the Economic Freedom Fighters Magdalene Moonsamy; and Professor Mcebisi Ndletyana from the University of Johannesburg.

The topic of the discussion was: “Is the post-apartheid state unravelling?”

“White South Africa has had it good, so when they complain about junk status, they talk about the good life of white people,” Mngxitama said.

“The march tomorrow is organised by white monopoly capital. It is a coup because President Zuma hasn’t done anything illegal.”

Vavi went on to say that radical economic transformation is not occurring in South Africa.

Mngxitama said that Zuma has “made a serious left turn” though.

“For the first time since 1994, a president says land expropriation without compensation,” Mngxitama said.

“Land expropriation without compensation means land was stolen from black people and land must be restored to black people without paying a cent. This is the most radical statement you can ever have.”

Meanwhile, Moonsamy argued that former finance minister, Pravin Gordhan, is also responsible for the downgrade and claimed that he “knew it was coming”.

“When we went into being the most unequal society up against Brazil, it was Pravin Gordhan that was minister at the time that took us there,” she said.

At the end, panellists answered the topic of the discussion regarding whether the post-apartheid state is “unravelling”.

Ndletyana said there are still unresolved questions of inequality.

“You still have injustice, so long as you haven’t addressed issues of redress in this country, you’ll always have a crisis of some sort, up until you address the national grievance,” he said.

“No the post-apartheid state is not unravelling. We haven’t been able to unravel the structures that continue to control.

"Here what you have is a culmination of a white minority up against an under-serviced black majority,” Moonsamy said.

Vavi said: “The contract that was signed between the ANC government and the people of this county, the Freedom Charter, has been unravelling from the beginning and that’s why South Africa has become the most unequal society in the world.”

We live in a world where facts and fiction get blurred
In times of uncertainty you need journalism you can trust. For only R75 per month, you have access to a world of in-depth analyses, investigative journalism, top opinions and a range of features. Journalism strengthens democracy. Invest in the future today.
Subscribe to News24
Related Links
The post-apartheid state unravelling from the start - Vavi
Vavi outlines his plan to oust Zuma and save SA
Anti-state capture movement needs clarity of purpose
Next on City Press
Mabuza distances himself from high-profile Mpumalanga arrests linked to corruption and fraud under his administration

Read more on:
south african federation of trade unionszwelinzima vaviandile mngxitamamagdalene moonsamyjunk ratingnational day of action
Podcasts
Podcast | How to pay off your home and car