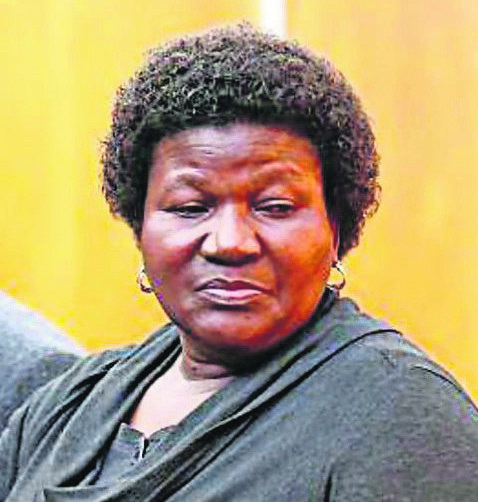 Sizwe Kupelo, provincial health spokesperson, said the department had lost funds that were meant for service delivery through fraudulent claims of negligence that were submitted by legal practitioners.

Kupelo alleged that, in some cases, the lawyers made these bogus claims without their clients’ knowledge in order to enrich themselves – and defraud the state.

To date, the total value of medico-legal claims that the department was grappling with amounted to more than R20 billion, he said.

While the department had settled some claims, added Kupelo, without specifying the amount, these payments were not part of the R20 billion figure currently before the department.

The department was probing each of those claims to distinguish the genuine ones from the fraudulent ones, he said.

“As a department, we are of the view that there are unscrupulous lawyers who are defrauding the state with their medico-legal claims. But our stance remains that we defend each and every case that comes before us.”

The claims relate to allegations of negligence on the part of the department by patients who had visited hospitals in the province.

“Alongside our interventions to strengthen maternal and child health services, we will continue our fight to reduce medico-legal claims through the implementation of our integrated medico-legal strategy. The current levels of claims against the department are unsustainable and pose a serious threat to the provincial fiscus,” said Gomba.

“We have been relentless in our bid to ensure that we root out elements of corruption with regard to the medico-legal claims lodged against the department. Hence, we welcome the recent developments [in identifying fraud].

“We have also made progress in defending medico-legal cases by using a consortium of medico-legal experts who, since their appointment in October 2017, have had 10 matters amounting to R186.6 million withdrawn by litigating attorneys and 20 cost orders awarded against the plaintiffs.”

Kupelo said some of the claims of negligence, especially around the Mthatha area, had been duplicated.

“In some instances, you will find that they just do a ‘cut and paste’ job, and we have picked up those things. Where there is evidence of fraud, we report these cases to the Hawks and the Special Investigating Unit. The unit is investigating some of the medico-legal claims submitted to us.”

Kupelo said legal practitioners had been arrested on fraud charges and had appeared in the magistrates’ court either in Mthatha or Zwelitsha.

“One of those lawyers who was arrested by the Hawks is among the top three claimants in the department. Apart from that, some of the so-called claimants are not even aware that there are claims being made on their behalf,” he said.

This problem of dodgy medico-legal claims was a huge contributing factor in the department’s unauthorised and fruitless expenditure, he said.

Kupelo said this was sickening as this money was meant for patients. Instead, it was being paid to people who were hellbent on defrauding the state and robbing innocent people of funding that was due to them.

“This is money that is supposed to contribute to patients’ wellbeing. It is money for patients’ food. So, this thing is hampering the department’s ability to carry out service delivery and focus on its core function, which is to provide quality healthcare,” he said.

Kupelo added that, at times, claimants who were meant to be paid by the department through the court came to the department’s offices, alleging that they were paid small amounts of money, or nothing, while lawyers took the lion’s share.

“I have been personally approached by several claimants, who say they have been defrauded by lawyers. So, to some of them [lawyers], this is an enrichment scheme of some sort.”

He added that most lawyers had previously used the Road Accident Fund (RAF) in a similar way, whereby they would make claims on behalf of accident victims and get a certain percentage of the payout.

Kupelo said that when the RAF allowed accident victims to claim directly to the fund instead of going through lawyers, many legal practitioners began focusing on the health department and representing claimants in their lawsuits against the department in cases of negligence.

“Government is looking at applying the same principle as it has for the RAF, where claimants can make their claims directly to the department instead of using lawyers. But this is still being discussed,” he said.

Read more on:
eastern cape
MONEY MAKEOVER
Podcast | Mistakes to avoid with your own business