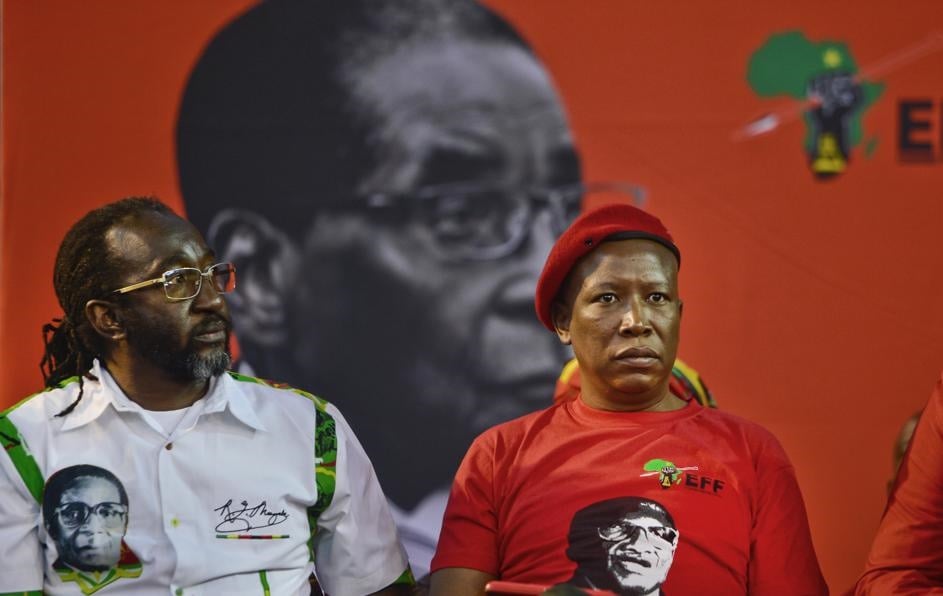 EFF leader Julius Malema made a call to former Zimbabwean ministers currently in exile in South Africa to put aside their differences and join the Red Berets in a move that would consolidate their efforts and give them a fighting chance in their quest to overthrow the current administration led by President Emmerson Mnangagwa.

Just days after Malema made this call, former Zimbabwean minister of public service, labour and social welfare, Patrick Zhuwao, has applied to join the EFF.

“Consequently, I have applied to join EFF as a fighter and ordinary card carrying member in a branch within Gauteng Province. I am happy to work as a ground fighter. I do not seek elected office; as a refugee I am not eligible anyway,” Zhuwao told City Press.

“I have already served in senior leadership positions within Zanu-PF from the time I was elected district secretary (similar to subregion) in 1995 and rose through region, province and national levels to the Zanu-PF politburo. I am putting aside my ego to help Africa develop a political culture that detracts from the entitlement mantra that has become so pervasive in liberation movements. We must fix the continent,” said Zhuwao.

Explaining his decision, Zhuwao said all Zimbabweans were adversely affected by the manner in which the current administration had taken power.

“It’s not just exiled [former president Robert] Mugabe ministers who are affected but other economic and political refugees from Zimbabwe who are scattered throughout South Africa, the continent and the whole orld,” said Zhuwao.

A cocktail of corruption, abuse of office, sanctions, drought and the shortages of foreign currency has left half of Zimbabwe’s population facing hunger.

The shortage of power and fuel has also left the country at an annual inflation estimated at 440%, the second-highest in the world.

The differences between Mnangagwa and opposition leader Nelson Chamisa have also contributed to the country’s economic crisis as it is sharply divided along partisan lines, with institutions polarised and the international community not warming to the current administration.

Speaking to City Press, Zhuwao said the militarised nature of the Zimbabwean state meant that “the Zanu-PF junta would never allow anyone who is not their puppet or stooge to assume power”, hence the need for those in exile to pursue different avenues to unseat the administration.

He said in the absence of reforms from those planning to contest the 2023 elections, their actions would be an exercise in futility.

“It boggles the mind why anyone in their right state of mind would expect to contest elections in 2023 and expect to be allowed to dislodge the military controlled Zanu-PF in the absence of reforms,” said the former minister.

At its recent national people’s assembly, the EFF announced a resolution take by delegates to establish a consolidated EFF across the continent.

Malema said it was imperative for the party to establish a continental structure – to be headed by its former secretary-general Godrich Gardee – so that the united front would disrupt the air of entitlement with which most liberation parties were now going about their leadership.

He also said the administrations of Mnangagwa and eSwatini’s King Mswati III could only be overcome by a united show of force from his party’s envisioned continental structure.

“I agree with CIC Malema’s view that Mnangagwa can be defeated. Chamisa won the 2018 presidential election which was stolen as proven in Professor Jonathan Moyo’s Excelgate book. Whilst I am not a member of MDC, I however respect the democratic expression of Zimbabweans who electorally expressed their wish for Chamisa to be president of Zimbabwe,” Zhuwao said.

The EFF already had parties who appropriated the Red Berets’ name in Namibia, Liberia, Malawi and Zimbabwe.