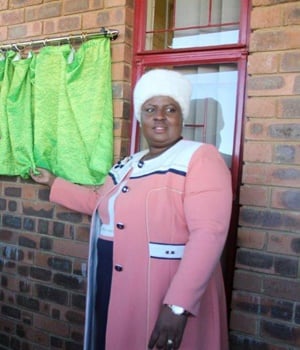 The eMalahleni municipality in Mpumalanga has reversed its decision to purchase a R1.5 million mayoral vehicle.

Municipal manager Theo van Vuuren, put the proposal before council about two weeks ago but the problem with it was that the money would be sourced from savings made on service delivery projects.

This matter sparked a service delivery protest yesterday. Residents of Tasbet Park suburb blockaded roads when they woke up to find their taps dry.

They told Mayor Lindiwe Ntshalintshali to prioritise service delivery before buying the car.

On the other hand, the Democratic Alliance had been asking residents to sign a petition urging Ntshalintshali to reject the vehicle.

Provincial ANC secretary Mandla Ndlovu said today that the municipality would will no longer buy the vehicle.

“That decision has been rescinded,” Ndlovu said. “And buying a car is no longer on the council’s agenda.”

He said that the ANC encouraged mayors to follow guidelines in their South African Local Government Handbook when buying new vehicles and they must buy “affordable” ones.

“When they buy service delivery tools, they must not start with the tools that they will use themselves. They must also make sure that the car has reached its lifespan. At the same time, they should not drive cars that are in a bad condition because their families can sue the municipality if an accident happens,” Ndlovu said.

eMalahleni spokesperson Lebohang Mofokeng confirmed that “the purchase is no longer going to happen”.

“The municipality will budget for a new vehicle later, which means it might be purchased in the new financial year or when we do a budget adjustment”, said Mofokeng.

Last week, Mofokeng said the decision for a new vehicle was justified because the mayoral car, a Lexus, had done 124 813 km and its motor plan had expired.

The South African Local Government Association’s handbook stipulates that a mayoral car should be replaced after reaching 150 000 km.

Msimanga said that a Hyundai i20 or a Toyota Corolla could be used by politicians instead of luxury cars.

We live in a world where facts and fiction get blurred
In times of uncertainty you need journalism you can trust. For 14 free days, you can have access to a world of in-depth analyses, investigative journalism, top opinions and a range of features. Journalism strengthens democracy. Invest in the future today. Thereafter you will be billed R75 per month. You can cancel anytime and if you cancel within 14 days you won't be billed.
Subscribe to News24
Related Links
R1.5m car for mayor despite eMalahleni’s power, water and potholes crises
Municipal manager probed for farm fraud
Next on City Press
‘Use Enyobeni tavern tragedy to start conversations around alcohol with our children’ – psychologist