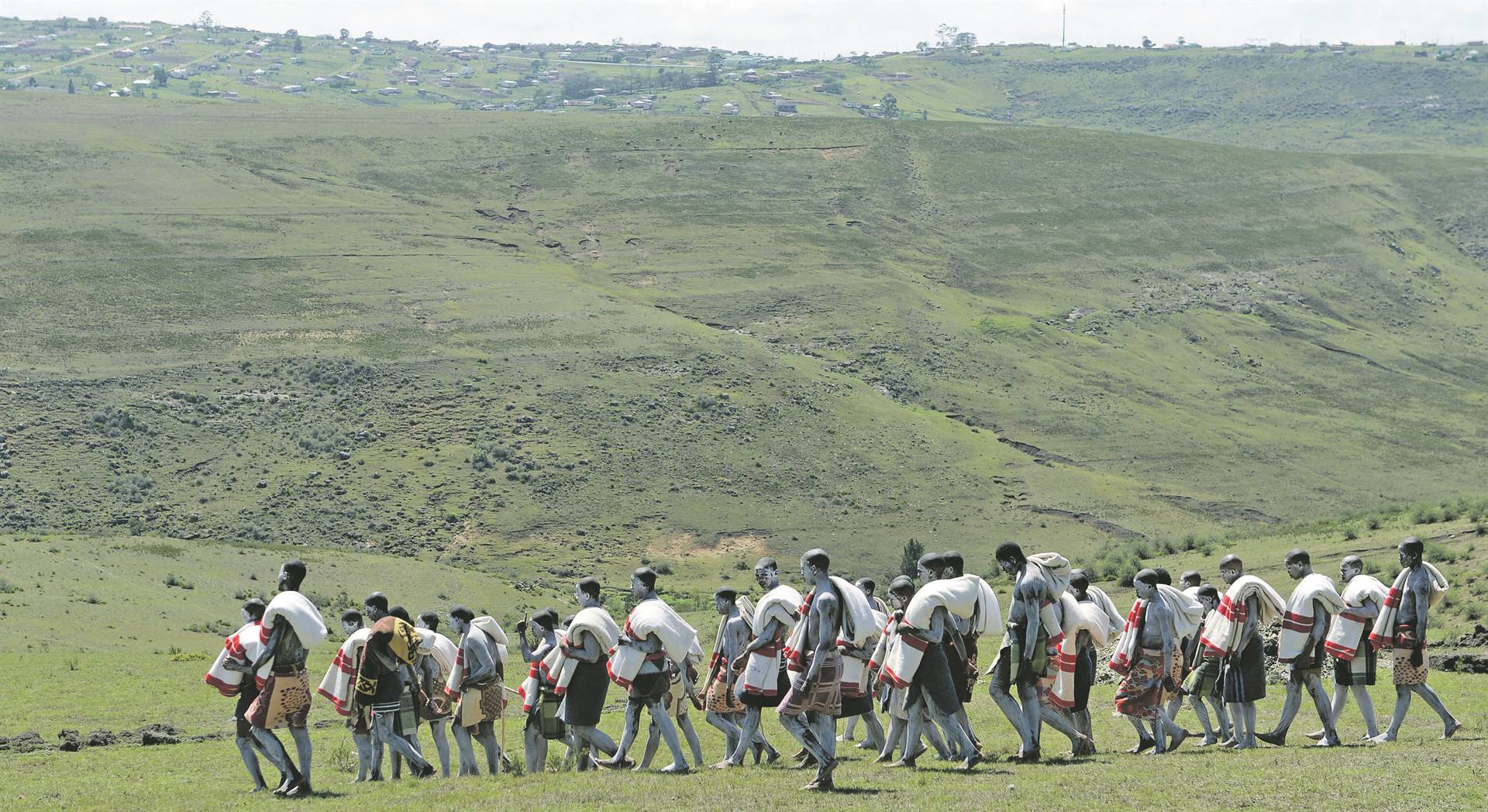 Apart from the Nelson Mandela Bay Metropolitan Municipality in the Eastern Cape, the rest of the province is allowed to hold summer initiations after it presented strict safety guidelines. Picture: Gallo Images

About 30 000 boys (abakhwetha) are expected to undergo the rite of passage to manhood after the winter season was banned in June to prevent the spread of the pandemic.

Traditional male initiation (ulwaluko) was suspended by government in March at the beginning of the pandemic outbreak, which meant that the winter initiation season could not take place.

On Thursday, President Cyril Ramaphosa announced that government would allow traditional initiations to go ahead in the Eastern Cape – except in the Nelson Mandela Bay Metropolitan Municipality – which has been declared a coronavirus hotspot.

Read: Summer initiations go ahead but not in Covid-infected Nelson Mandela Bay Metro

Zolani Mkhiva, the Congress of Traditional Leaders of SA general-secretary, said all other provinces had failed to submit their risk-adjusted plans for the initiations.

Mkhiva said only the Eastern Cape had complied, and was therefore being allowed to carry out initiations this summer.

“All other provinces did not submit their plans even though they know they have communities and constituencies that conduct initiations in summer,” said Mkhiva.

“The fact that it is only the Eastern Cape that has been given permission to conduct traditional initiations is going to create a problem. We can anticipate the problem of some people coming to this province in their numbers to do initiations.

“But we will be there as leaders to give direction.”

We call on all the boys who are going to undergo pre-medical screening, not only for their fitness to undergo initiation as is mandated, but this time to also test for Covid-19.
Nkosi Langa Mavuso

He said they welcomed the president’s decision to allow initiations to take place in the province, although they would have preferred all the provinces be given the go-ahead.

“We are happy that we have a leadership that sometimes listens. The fact that they listened to the compelling arguments that we put across for why the initiation summer season must be opened ... we are happy that they took that into consideration and agreed to our request.”

He said part of the risk-adjusted plan submitted to the national coronavirus command council that informed the decision to allow the initiations included stringent measures that would be enforced at the schools to prevent the spread of the virus.

Overcrowding in the schools, which resulted in initiates being crammed into small spaces, was highlighted as one of the challenges the province might face.

Mkhiva said some of the mitigating factors put in place to address such challenges include:

. Enforcement of the wearing of face masks by initiates, attendants and visitors;

. Restrictions on the number of visitors to the initiation schools;

. Ensuring that parents provided face masks for the initiates and traditional nurses;

. Having a local forum to enforce physical distancing during the admission of initiates;

. Ensuring adequate social distancing, which will be determined by the size of the initiation school;

. Liaising with local municipalities to provide enough water to maintain general hygiene; and

In addition, Covid-19 screening and testing would be done at primary healthcare facilities as an integral part of the customary health screening of prospective initiates.

All prospective initiates are expected to undergo the usual pre-medical screening and Covid-19 testing before undergoing initiation.

The provincial government also welcomed Cabinet’s decision to allow initiations in the province.

Sicwetsha said it would be mandatory for all initiates, ingcibi (traditional surgeons) and traditional nurses to be screened and tested.

He said the initiates’ homecoming ceremonies (imigidi) were a risk factor and called on the families to suspend these ceremonies because they were usually attended by a lot of people.

Mvusiwekhaya said there were facilities that had been identified as possible quarantine sites for initiates in case infections were reported.

Nkosi Langa Mavuso, the acting chairperson of the Eastern Cape House of Traditional Leaders, also called on people to adhere to the Covid-19 protocols during the initiations.

Mavuso said they were raising awareness in communities regarding how people should perform the initiations and be mindful of the pandemic, which has already claimed more than 21 000 lives in South Africa.

“We call on all the boys who are going to undergo pre-medical screening, not only for their fitness to undergo initiation as is mandated, but this time to also test for Covid-19.

“This goes for ingcibi and amakhankatha as well. We don’t want more than three initiates in one initiation hut,” he said.

We live in a world where facts and fiction get blurred
In times of uncertainty you need journalism you can trust. For only R75 per month, you have access to a world of in-depth analyses, investigative journalism, top opinions and a range of features. Journalism strengthens democracy. Invest in the future today.
Subscribe to News24
Related Links
Stigma regarded as main reason young boys go to illegal initiation schools
Death before the unbanning
If not CCTV cameras, I wish there were certificates in those initiation ‘schools’
Next on City Press
Ocean lovers take Shell to court in a bid prevent it from seismic blasting on Wild Coast