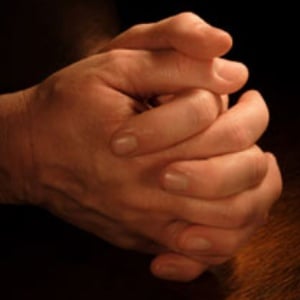 Johannesburg - The Federation of Governing Bodies of South African Schools (Fedsas) and the Organisation for Religious Education and Democracy (OGOD) will square off in the High Court in Johannesburg on Monday morning over the use of religion in schools.

According to Fedsas CEO Paul Colditz, many South Africans are religious people who want to exercise their freedoms.

Colditz told News24 on Sunday that institutions, including schools, have the right to choose their directional preference with regards to freedom of religion.

“A school is a public space, and it’s important that the opportunity be given to everybody involved in the school to exercise and to manifest their religious choice. You cannot expect of teachers or children or parents when they enter this public space to leave their religion at the gate – it is part of their make-up."

AfriForum’s legal team will also present as a friend of the court, on Monday, in favour of a religious ethos in schools.

The organisation said it committed itself to assist schools facing such legal issues.

They contended that the six schools were suppressing scientific teachings of evolution, and that the religious ethos of the schools was a form of religious coercion and an abuse of learners' rights, claiming that they were acting on behalf of learners and parents.

In a previous interview with News24, OGOD's chairperson, Hans Pieterson claimed to not take issue with religion, but rather public schools using government funds to actively promote evangelical or authoritarian Christianity, or schools imposing a dominant religious ethos over another.

Pietersen told the Daily Maverick that activities he was against included “praying before sports matches, having school anthems that refer to a Christian deity, teaching creationism and that all non-believers will go to hell as well as instructing children to draw pictures depicting religious myths”.

The court case, which sparked a national debate on whether religion should play a role in schools, is set to return to court on Monday with Fedsas representing these schools, and AfriForum supporting them with any legal costs incurred.

Colditz confirmed that there were four other organisations supporting Fedsas’ stance on religious ethos at schools including, the Council for the Advancement of the South African Constitution, Cause for Justice, The Council for the Protection and Promotion of Religious Rights and Freedoms, as well as trade union Solidarity.

In 2015 AfriForum initiated a campaign to keep religion in schools to raise awareness and support around the case. The campaign involved influential figures such as actor Hykie Berg hiking up the Drakensberg, as well as a members of the religious sect taking part in a cycle tour to raise funds.