Former Zimbabwean president Robert Mugabe was a larger-than-life political figure, who was respected across the board.

This is according to University of Fort Hare vice-chancellor and principal, Professor Sakhela Buhlungu, who in a statement released on Friday afternoon paid tribute to Mugabe.

Mugabe (95) died on Friday morning at a hospital in Singapore and was an alumni of the university.

The university community, the statement said, was “saddened by Mugabe’s death”.

It referred to Mugabe as a “revolutionary African political leader.”

Mugabe registered at the university for a bachelor in arts degree in 1948 and graduated in 1951. 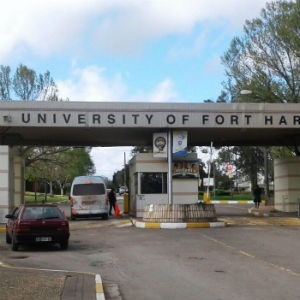 He was one of the five international heads of states to come out of Fort Hare, alongside former president Nelson Mandela, former Ugandan president Yusuf Lule, former prime minister of Lesotho Ntsu Mokhehle and former Botswana president Sir Seretse Khama.

“We are very proud of him. Of course, his legacy is a mixed one, but when all is said and done his legacy started here at Fort Hare. We are very proud that this university produced an African political giant like him. We are saddened by his passing,” said Buhlungu.

One of the legacies of Mugabe at Fort Hare is the presidential scholarship programme that has sent thousands of young Zimbabweans to study at the university. The Zimbabwean presidential scholarship first opened its doors for underprivileged Zimbabwean students in 1995.

Since then, the Zimbabwean government has continued to send students to several South African universities, with Mugabe’s alma mater receiving the largest portion of students.

In 2016, Mugabe was one of the prominent guests to speak at the university’s centenary celebrations.

In his speech, the statement said, he once again affirmed to be fond of being associated with Fort Hare.

“There is a special education here which motivates a student. It’s African-ness, the history ?that it tells of the formation of the ANC and the making, therefore, of the African nation,” the statement qouted Mugabe having said in his speech.

Buhlungu said the relationship that was paved by Mugabe between young Zimbabwean students and the university would remain as the university continues to honour his legacy.

Related Links
Fort Hare should draw from its activism roots and groom SA’s next leaders
Zimbabwe’s farewell to Mugabe, who went from forgiveness to suppression
When Mugabe resigned, the two Houses rose as one. Here’s how it went down
Share
Next on City Press
Emfuleni officials implicated in R870m looting spree – but no action taken