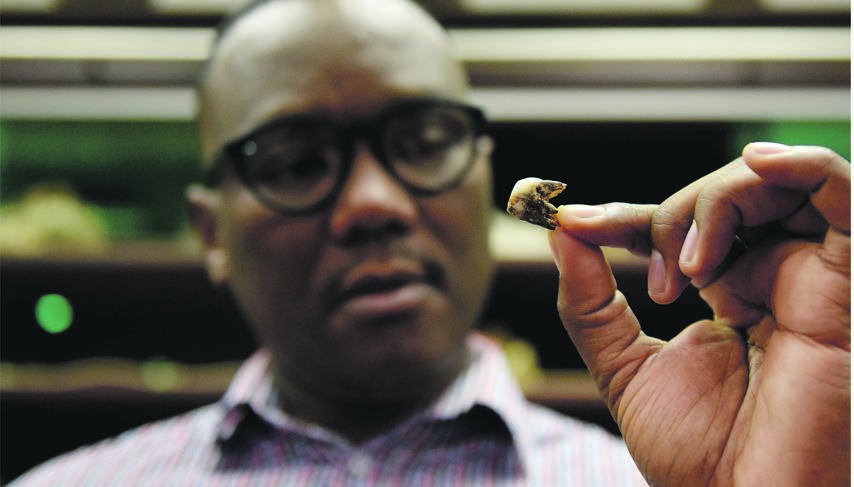 Khethi Nkosi holds the tooth of a Homo erectus specimen that has been named after him. Picture: Tebogo Letsie

A few years ago, Khethi Nkosi would not have paid attention to anything about archaeology. But then he discovered a molar tooth that turned out to be a clue that led to a 2 million-year-old fossil that was later named after him.

When Nkosi took ownership of a farm in Gauteng, he didn’t think much about the property that is situated on a hominid fossil-bearing site in Drimolen, north-west of Johannesburg and close to the Sterkfontein Caves.

Support independent journalism
Get 14 days free to read all our investigative and in-depth journalism. Thereafter you will be billed R75 per month. You can cancel anytime and if you cancel within 14 days you won't be billed.
Subscribe
Already a subscriber? Sign in
Next on City Press
Watch | Shadrack Sibiya’s tale of two jobs