GALLERY: MPs sworn in at Parliament’s first convening since elections Members of the African National Congress are sworn-in for the sixth democratic Parliament.

The 400 members from the 14 political parties that received enough votes in the May general election took their oaths to serve in the sixth democratic Parliament on Wednesday.

Chief Justice Mogoeng Mogoeng presided over the swearing-in ceremony, at which the House of Parliament formally constitutes itself.

Of the designated MPs who took their oaths, members of the EFF were the talk of the day.

As promised by EFF leader Julius Malema last week, party members took up their oath with the vosho dance.

A promise fulfilled by our CIC @Julius_S_Malema

As he makes his way to the podium to be sworn in #EFFinParliament pic.twitter.com/Ic4gOiZa2I

The EFF increased its seats in Parliament from 25 in the fifth Parliament to 44 seats in the sixth.

Other notable events were the announcement that ANC deputy president David Mabuza had postponed taking up his position as deputy president of the country, and outgoing Environmental Affairs Minister Nomvula Mokonyane, Malusi Gigaba and former Speaker Baleka Mbete withdrawing as ANC MPs. Mogoeng presided over the election of the new Speaker of the House following the swearing-in of MPs with Thandi Modise beating the DA’s Thembekile Majola for the position.

Diplomats, guests of the presidency and guests of leaders of political parties represented were among the dignitaries in attendance.

The president-elect will be inaugurated on May 25 in Pretoria. 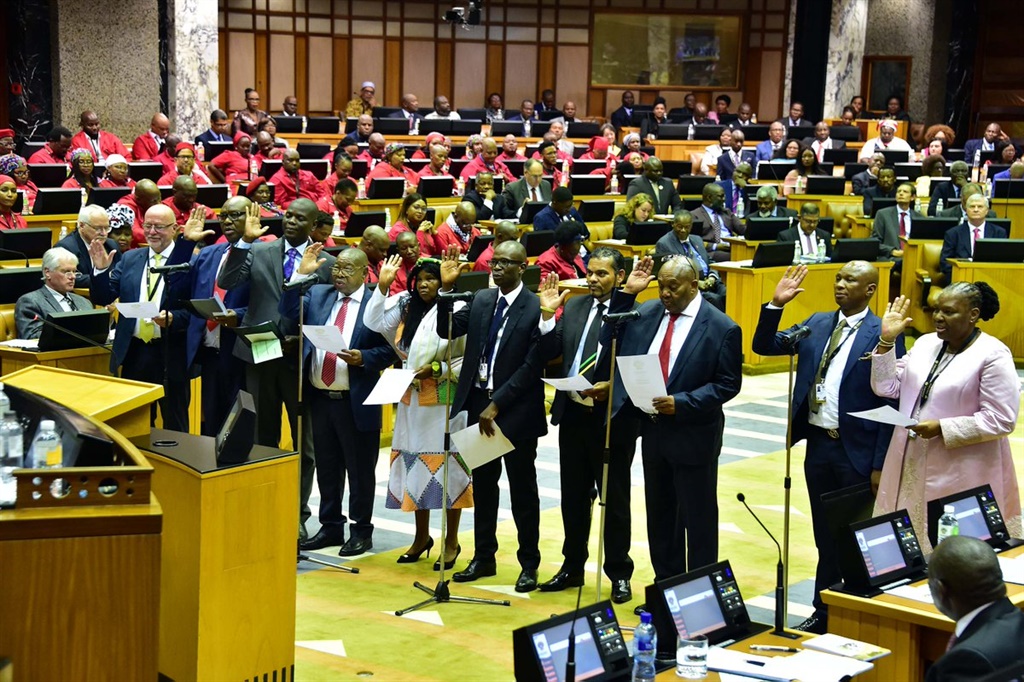 Related Links
An emotional Ramaphosa officially elected president – uncontested
Modise vs Majola: Parliament to vote for new Speaker by secret ballot
Mabuza always said he would quit if convincing reasons were given
Share
Next on City Press
Mbali Ntuli’s battle to uproot the DA’s status quo