‘Guptas offered me R2m a month for 10 years’ 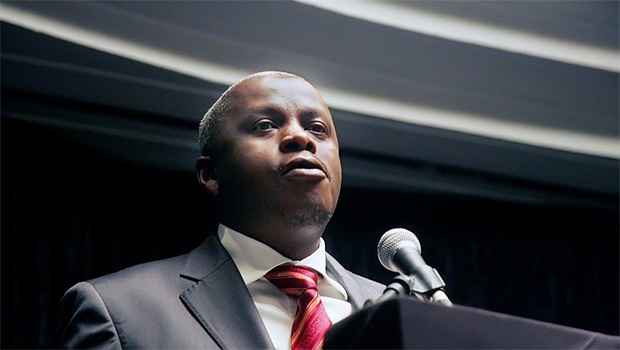 Mxolisi Dukwana says that he was offered R2 million by Tony Gupta to sign off on documents. Picture: File

Tony Gupta put down a R2 million sweetener on the spot to former Free State economic development MEC Mxolisi Dukwana in exchange for his signature for a government deal that would have gained the family control of a cool $2.9 billion (R41.8 billion) investment.

In an interview with City Press, Dukwana claimed he would have also been set to gain a further R2 million fee from Gupta every month for the duration of the contract to build a so-called “New City or City of Tomorrow” in the Lejweleputswa District Municipality in the Free State. The project was expected to take up to 10 years to complete – but it has since failed to take off.

This is according to Dukwana, who told City Press yesterday that he declined the offer.

He said he was also ready to assist the Zondo commission of inquiry into state capture with information regarding the role of ANC secretary-general Ace Magashule during the encounter with Gupta at the Saxonwold compound sometime in 2011.

Dukwana was later fired as MEC in 2012, ostensibly to make way for a more gender-balanced provincial Cabinet.

The $2.9 billion was a commitment by a private company towards the new city project and formed part of the confidential brief that Dukwana had previously given to the provincial executive council.

The figure was also contained in a letter handed to Dukwana by Gupta, prepared on the department’s letterhead and purported to be written by Dukwana. All Dukwana had to do was to sign it and appoint a company, Nulane Management Services, as the turnkey agent for the new city.

The new city project was intended to take advantage of the fibre optic cables that ran through the Free State to roll out basic infrastructure and promote economic development in the areas of Lejweleputswa.

Unfortunately for Magashule, said Dukwana, he would not have received any cut from the new city deal because Gupta said he had numerous other government and private sector projects with the family that he was benefiting from.

He even mentioned some of the [projects] that they did with Magashule in which he is benefiting, including the Jagersfontein Mine
Mxolisi Dukwana

The old open-pit diamond mine is located near the town of Jagersfontein and about 110km southwest of Bloemfontein.

But Dukwana said he could not sign because it was the responsibility of the then head of department, Thuso Ramaema. Gupta was persistent, he said, arguing that he could sign and claiming that the provincial Cabinet would ratify the decision.

He claimed an irate Gupta then told him to fire Ramaema, and swiftly identified former public enterprises director-general Richard Seleka as the suitable replacement.

Magashule was sitting in the same room looking carefree and relaxed, according to Dukwana.

The son of former president Jacob Zuma, Duduzane, was also present at the meeting.

When Dukwana left the Saxonwold compound, he claimed, Magashule did not even walk him out.

He also said the ANC fundraising dinner that Magashule had allegedly told him was the purpose of their visit to Johannesburg at that time, never happened.

At the time, Dukwana was the ANC’s provincial treasurer in the Free State and Magashule the chairperson and premier.

In late 2011, Ramaema left the department to take up the post of chief executive officer of the Free State Development Corporation. Seleka was later appointed to the post.

However, Magashule said in a statement yesterday that Dukwana’s allegations were:

not only baseless and malicious, but are also based on fabrications, which is very unfortunate
Ace Magashule

“The allegations are nothing but an attempt to advance character assassination and further distract the immediate task of unity and renewal,” said Magashule, adding that he normally did not entertain allegations of this nature.

However, he said, “in light of the fact that the allegations relate to matters that are currently the subject of a commission of inquiry and therefore of a national discourse, I feel obliged to respond”. His statement came after News24 had reported on Friday that Magashule, according to court documents, had taken Dukwana to Saxonwold and that an alleged R140 million deal was discussed in the same meeting with Gupta.

“No one should be allowed to use media platforms to be on a personal crusade to garner public sympathy and mileage at the expense of the reputation of others,” Magashule warned.

Dukwana yesterday hit back at Magashule, challenging him to appear before the Zondo commission to be cross-examined on the allegations, “so the public can see who is lying”.

Dukwana said he had information that would “show the Zondo commission how much control the Guptas had over government officials and how they were able to manipulate them by offering hefty bribes”.

He claims he is armed with even more information on the relationship between Magashule and the Guptas, including another visit they had to the family’s Sahara offices in Midrand.

Last month, the Bloemfontein High Court heard an urgent Anton Piller application, brought by Dukwana. “Anton Piller” is legal terminology referring to a court order that provides the right to search premises and seize evidence to preserve it.

Dukwana claimed that he required this evidence to enable him to give evidence before the Zondo commission. He cited the current Free State premier and MEC for economic development as respondents in his legal papers.

The information he sought to attain were travel records for himself and Magashule, cellphone records and a handwritten diary. He stated that he was not granted access to his office again following his removal as MEC in 2012.

The Anton Piller order was granted by the court, and the sheriff went to the offices of both the Free State premier and the current MEC for economic development. Court papers show that none of the documents Dukwana was after could be found.

The court also heard that after the Saxonwold meeting, Dukwana was presented with another letter, prepared on his behalf, relating to the project. He stated that he was again “expected” to sign the second letter, which would authorise Nulane Management Services and another company, P3 Africa, to be compensated to the tune of R140 million in six instalments.

He refused to sign the document and disowned it.

“I remain startled to this day as to why the presentation I made in the provincial executive council, its details, ended up [with] outside persons who were not in government,” he said in court papers.

I can only deduce that Mr Gupta possibly received the details of my presentation from Mr Magashule.
Dukwana

Dukwana told City Press that the new demand for payment related to the preparation of a “masterplan” for the new city which the companies had designed. He said legal threats had also been made against the department if it refused to pay.

However, he added, the executive council had not even approved the deal and no tender was advertised for the service.

He said it was clear that Gupta had access to the confidential information from the provincial Cabinet, including the $2.9 billion investment that a private company had committed to contribute.

He denied that he leaked the court papers to the media and pointed a finger at the respondents.

Magashule fired Dukwana as economic development MEC in 2012 when he embarked on a drive to attain a gender balance in the provincial cabinet.

Dukwana said he was angry about the encounter with Gupta, and his efforts to inform Magashule that he was unhappy were not successful until he was fired.

During ANC and government meetings subsequent to the Saxonwold trip, Magashule had acted as if everything was normal, he said.

From his post as MEC Dukwana became a member of the provincial legislature, but he later resigned. He said the establishment of a commission of inquiry had presented him with a renewed opportunity to speak out.

Do you think Ace Magashule should be summoned to testify at the Zondo commission of inquiry?

SMS us on 35697 using the keyword ACE and tell us what you think. Include your name and province. SMSes cost R1.50

We live in a world where facts and fiction get blurred
In times of uncertainty you need journalism you can trust. For 14 free days, you can have access to a world of in-depth analyses, investigative journalism, top opinions and a range of features. Journalism strengthens democracy. Invest in the future today. Thereafter you will be billed R75 per month. You can cancel anytime and if you cancel within 14 days you won't be billed.
Subscribe to News24
Related Links
How Busisiwe Mkhwebane saved Ace Magashule
Charges laid against Ace Magashule over R150m Free State housing project
I am my own person – Free State premier
Next on City Press
‘If I have to die for justice to prevail, so be it,’ says Senzo murder accused’s sister