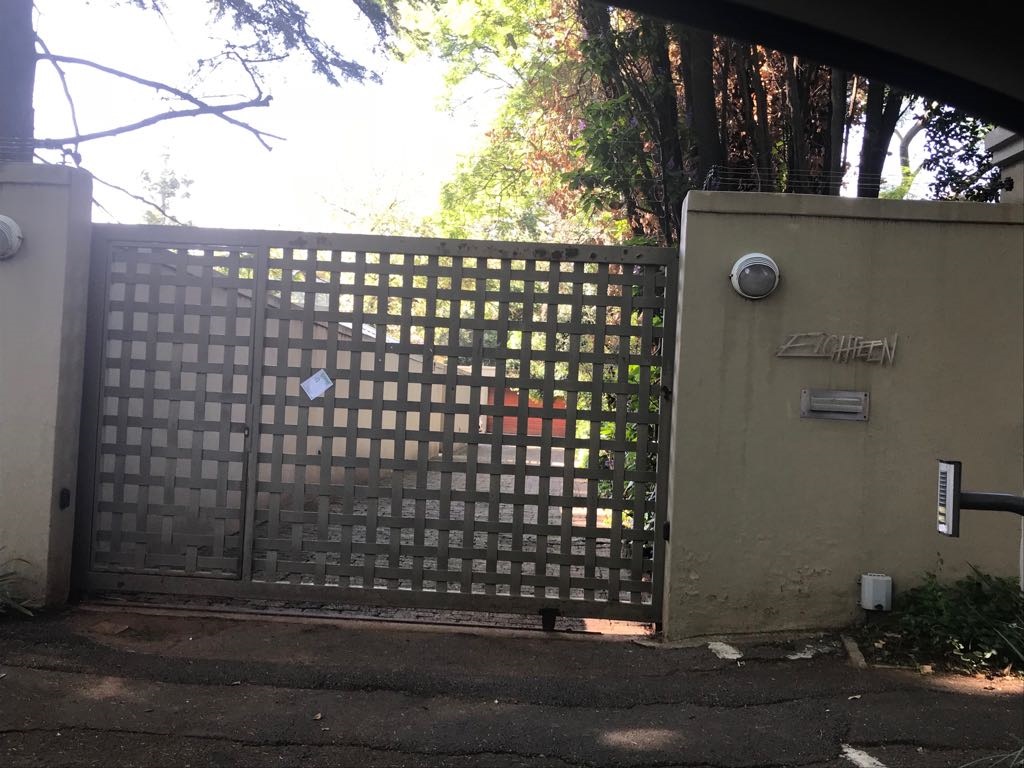 While Hawks officers are on the hunt for President Jacob Zuma’s son, Duduzane, as well as one Gupta brother, all was quiet outside Duduzane Zuma’s Saxonwold home this morning.

The property at 18 Griswold Drive, which is situated about two blocks away from the Gupta family compound in Saxonwold, is registered under the name of a holding company belonging to Duduzane Zuma and the Gupta family.

The expensive-looking property, situated on a double stand in the exclusive suburb, is owned by Mabengela Investments.

The Bank of Baroda gave Mabengela Investments a R3.6 million bond over the property back in 2009.

However, neighbours say that Duduzane Zuma has not been seen or heard at the property for a while now.

Neighbours say that they usually hear the sound of his sportscars’ engines, but these have been silent of late.

His extensive security – which includes a number of guards on duty around the clock and which is usually highly visible from the street – have also not been there.

Today, there was one neighbourhood security guard in the street outside patrolling the area, but there was no sign of life at Duduzane’s home aside from a white Mercedes Benz four-wheel-drive vehicle which was parked in the driveway partially hidden by the house.

Duduzane Zuma is being sought by the Hawks for his involvement in the failed Vrede dairy farm project from which more than R200 million was syphoned off by Gupta-owned companies.

It is unclear which charges Duduzane Zuma will face, however the Asset Forfeiture Unit application to preserve Gupta assets in respect of the dairy project speaks of those involved in syphoning off the cash being potentially guilty of fraud, money laundering and corruption.

City Press could not reach Duduzane Zuma for comment.

We live in a world where facts and fiction get blurred
In times of uncertainty you need journalism you can trust. For only R75 per month, you have access to a world of in-depth analyses, investigative journalism, top opinions and a range of features. Journalism strengthens democracy. Invest in the future today.
Subscribe to News24
Related Links
Guptas, Duduzane Zuma face arrest today
ANC: ‘Zuma has done nothing wrong, but he must resign’
Former free state agriculture head Peter Thabethe arrested
Next on City Press
Photos | Prince Misuzulu leads his first Isandlwana commemoration