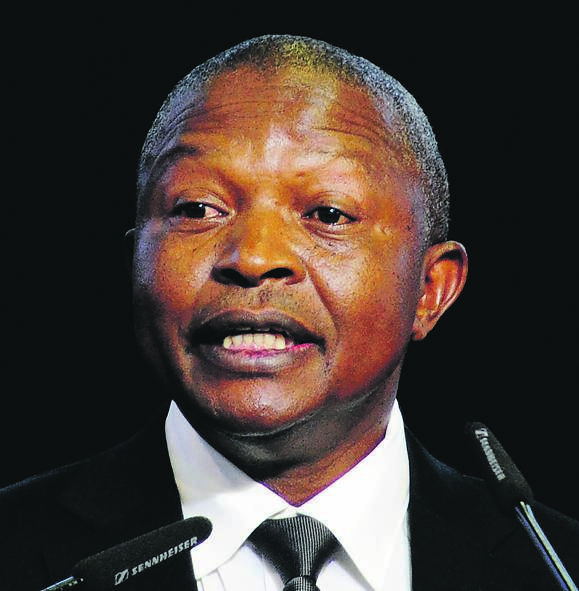 Elite crime fighting unit the Hawks is tracing the source of the cash used to buy a car and a gun for Deputy President David Mabuza’s nemesis – Jan Venter – who is hell-bent on bringing down the politician.

Details of this probe have been vague all along, even though the Hawks and the National Prosecuting Authority (NPA) have confirmed an ongoing investigation into the matter.

But now Venter has shown City Press his communication with Hawks’ investigator, Colonel Herby Heap, of the anti-corruption unit.

Venter, a self-confessed liar on several matters including his relationship with Mabuza, said last week he was revealing the WhatsApp conversations with Heap to prove that this time he was not lying about Mabuza

In 2014 Venter caused a political maelstrom when he became a central figure in a legal dispute between Mabuza and former ANC treasurer general, Mathews Phosa. He claimed he saw Phosa and his associate, Nick Elliot, concocting an intelligence report which alleged that Mabuza was an apartheid spy.

Venter, who worked as Phosa’s butler in Hazyview, went to Mabuza about these allegations after he had a labour dispute with Phosa.

He then played the two politicians by switching his allegiance between them in a build up to a R10 million lawsuit Mabuza had instituted against Phosa for disseminating the so-called spy report.

Phosa maintained that the report was anonymously dropped off at his White River house and he had sent it to the ANC officials – then president Jacob Zuma, his deputy Cyril Ramaphosa, chairperson Baleka Mbete, secretary Gwede Mantashe and treasurer Zweli Mkhize - via deputy secretary Jessie Duarte’s email address.

Venter has been under the NPA’s witness protection programme for 15 months since he approached the Hawks and claimed that Mabuza’s associates had bribed him to testify against Phosa.

Love this, love that people see I am not the liar.
Jan Venter

But the NPA kicked Venter out of the programme last month following his outburst in an email sent to political parties, the media and whole lot of other people on August 16. In the email he revealed the address of the safe house where he lived, published cellphone numbers of senior NPA officials and accused them of being “probably in cahoots with Mabuza to have me killed”.

Venter however said that he was kicked out because he put pressure on the Hawks and the NPA to conclude the investigation and charge Mabuza. He felt that he was being kept in the programme to silence him. In the WhatsApp messages seen by City Press, Heap assures Venter that the investigation is at an advanced stage.

In one, Heap writes: “ … The investigation is at an advanced stage and should be handed over to the NPA for perusal and decision in the near future.

“What takes time is when subpoenas are issued for bank records, we must give the financial institutions at least 14 days to respond … Our aim is to trace back where the money originated from that paid you.”

Heap further writes: “We must identify those persons and or companies. This is what is taking time. Remember we must try and corroborate your evidence independently from what you tell us.”

Then Heap indicates that Venter was bought a car and a firearm. “Got it all, thanks Jan. Besides the slips, we need the accounts as well but we have those. We have also identified the people who bought you your car and firearm,” Heap says.

Venter responds: “Love this, love that people see I am not the liar.” When Venter demands more answers, Heap reminds him that he can not be trusted with keeping information to himself. “Jan, I have to be very cautious when WhatsApping you on progress in the matter because 12 hours later you email all and sundry with my WhatsApps as attachments. We don’t investigate in this manner.”

City Press has also seen an email dated July 30 in which Heap asks Venter to provide cellphone numbers that he used to contact Mabuza, Jasmine Ally (former chief of staff in the Mpumalanga premier’s office), the person who bought Venter a firearm in White River and the person who bought him a vehicle in Nelspruit.

Despite promising to respond after getting the information, Hawks spokesperson Hangwani Mulaudzi did not come back to City Press.

In August, Mulaudzi said: “We have indeed received various allegations or complaints from Venter which we continue to investigate, firstly, in order to establish their veracity and, secondly, to establish possible culpability where necessary.

“When the process concludes, the resultant decision will be communicated,” he said.

Mabuza’s spokesperson, Thami Ngwenya, said: “We are not aware of any legitimate reason why there is this rumour of an investigation. The Minister of Police [Bheki Cele] may be better placed to clarify this matter.”

After the lies Jan Venter has told about David Mabuza in the past, do you think he is now telling the truth?

SMS us on 35697 using the keyword TRUTH and tell us what you think. Please include your name and province. SMSes cost R1.50. By participating, you agree to receive occasional marketing material