‘He tried to flush their clothes’: Inside the Dros rape horror 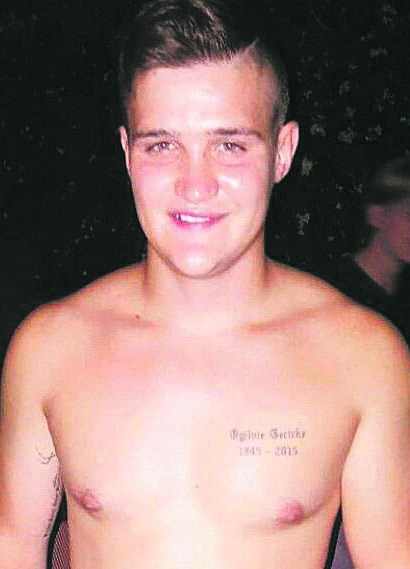 Staff and witnesses at Pretoria’s Dros restaurant have painted a harrowing picture of how Nicholas Ninow tried to flush his and a six-year-old girl’s bloodied clothes down a toilet after he allegedly raped her.

Three waiters and another witness have broken their silence about how Ninow allegedly raped the child in a cubicle in the women’s bathroom, but then fled to the men’s toilets naked, where he allegedly tried to flush away the child’s panties and leggings, and his own bloodied shirt.

The staff told City Press’ sister newspaper Rapport that both Ninow and the girl’s mother visited the Dros in Silverton regularly.

“The mother lives nearby in Mamelodi and often came here to eat,” one of the waiters said on Friday.

“He took one route through the restaurant to the toilet but returned another way, past the play area,” said one waiter. Half an hour later, he was seen going to the toilet again.

Shortly after that, the mother discovered that her child was no longer in the play area, and the staff member in charge of the children told her that the girl had gone to the toilet.

“In the women’s bathroom there are three toilets. One toilet was out of order and there was a notice on the door to that effect. The mother looked into the other two toilets and when she did not find her child she became hysterical,” said one waiter.

The staff came to help and one of the waiters saw feet behind the door of the broken toilet.

Staff and witnesses at Pretoria’s Dros restaurant have painted a harrowing picture of how Nicholas Ninow tried to flush his and a six-year-old girl’s bloodied clothes down a toilet after he allegedly raped her.

“When she touched the door, the child started crying and calling her mother,” said another waiter, who was in the bathroom. The mother and four waitresses then tried to open the door.

“When the door opened, the man struck the women with his belt. He then fled past them to the men’s toilet and locked himself in,” the waiter said.

Customers and staff broke the door down. They found the child’s panties and her leggings and the man’s shirt in the toilet.

“He tried to flush his red shirt down with the girl’s clothes. It was full of blood,” alleged a waiter.

Five or six of the bystanders attacked Ninow before security guards intervened. “He cursed us and shouted. He said he was just trying to clean the girl because she had pooed,” said another waiter.

The staff said Ninow was alone at the restaurant’s bar when he first arrived, but was later joined by an older man. Their bill came to R700.

A video of what happened in the men’s toilet posted on Twitter this week shows Ninow naked and covered in blood. He shouted to the bystanders that he was using the toilet as a woman sobbed hysterically in the background.

The police later called two ambulances. Ninow was taken away in one of them.

The staff said Ninow was alone at the restaurant’s bar when he first arrived, but was later joined by an older man. Their bill came to R700.

“The whole account was just for beer and shooters,” said a waiter.

Friends of Ninow and his colleagues at the cellphone shop in the east of Pretoria, where he has been working for the past four months, said they were shocked at the allegations against him.

One colleague said: “We did not expect anything like this at all. On the contrary, he has always received compliments from customers. The Nicholas who worked with us is 360 degrees (sic) removed from this monster now being depicted here.”

On Tuesday Ninow appeared in the Pretoria Magistrates’ Court on charges of rape and possession of drugs. He is still in custody

Colleagues said the first sign of trouble was when Ninow did not arrive at work last Thursday.

“We tried to phone him, but only got his voicemail. We also phoned his grandmother, but she did not know where he was,” another said.

On Monday, his grandmother sent them a WhatsApp message to say he could not return to work.

“He is in jail. Please let the manager know so that she can arrange with head office for the last of his payments, etc. Thank you,” the message read.

The grandmother, who runs an agency for babysitters, declined to talk about her grandson.

Ninow has at least three active profiles on Facebook.

In October 2016, he said in a post that he was looking for work.

“I will be finished with matric by 10 November. My subjects are Business Studies, Geography and Tourism ... I am very interested in business and love to work with small children,” he wrote.

On Tuesday Ninow appeared in the Pretoria Magistrates’ Court on charges of rape and possession of drugs. He is still in custody.

A school friend said: “I would never have expected something like this from him. He is the kind of guy who always stood up for young people. He was not shy about using his fists, but never as a bully.”

Ninow has a 19-year-old fiancée, who is six months pregnant with their child. She could not be reached for comment this week.

After allegedly raping the child, Ninow yelled at angry patrons who trapped him inside the men’s toilet: “I would never do anything like that. I have a wife and a child on the way.”

Another school friend, who is also his colleague, said he had not spoken to Ninow or his fiancée since Wednesday last week “and I do not want to”, but added that the two became engaged in August last year.

“I do not want to get involved in this business,” he said. “I think the engagement is broken off now.”

Said another former friend: “He liked having a drink and at school he was often in fights. He did not discuss a problem. His fists did the talking.”

Ninow, who changed his surname to his mother’s maiden name, lived with his grandparents.

“Nicholas did not have ambition or future plans. He spent so much time away from school at that stage that I thought he had changed schools,” said the former friend.

Ninow has a 19-year-old fiancée, who is six months pregnant with their child. She could not be reached for comment this week

At one stage, Ninow became a Christian.

“He said he had found the Lord, but then he would land up back in a fight, or one heard stories about drugs again.”

Since the attack, civil society organisations have expressed fury and vowed to protest outside the court during his next appearance.

The United Democratic Movement Women’s Organisation said it was shocked and outraged by the incident and would picket outside court against Ninow being granted bail.

Crime statistics for the 2017/18 financial year released earlier this month showed that 23 488 sex crimes had been committed against children that year.

Related Links
Mthatha: Where rape and murder thrive
‘It’s so draining’: Rhodes student accused of rape on Twitter speaks out
Gender blindness as a source of inadvertent secondary victimisation
Share
Next on City Press
Covid-19: First antibody test gets green light in SA, but use will be limited