Here’s what you did wrong: Malema reminds Zuma of his sins 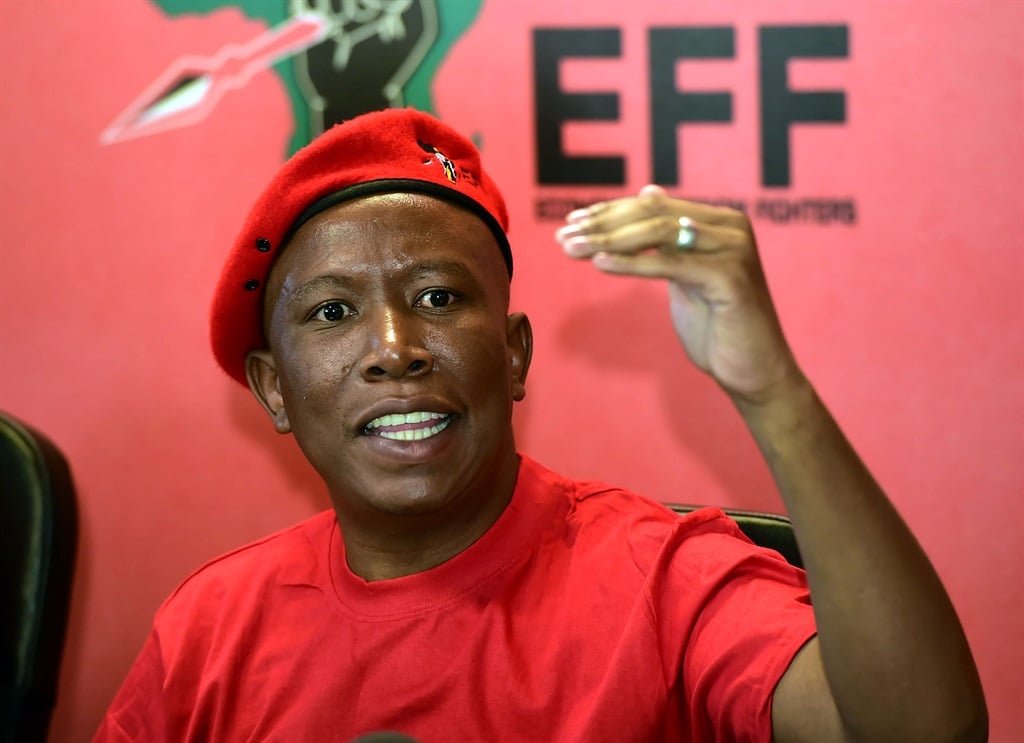 In his last two addresses to the nation, former president Jacob Zuma exhibited amnesia-like symptoms as he claimed that he was unaware of the reasons that led his own party to recall him.

A more than willing Julius Malema held a press briefing to respond to Zuma’s question: What did I do wrong?

The Economic Freedom Fighters leader said: “In his very ignorant, arrogant and politically illiterate articulation, Jacob Zuma says he does not know why he had to leave the office of the president. This is because those who engaged with him are afraid and very scared of him. Therefore, we wish to take this opportunity to remind him of his many sins but because they are many we will state just a few.”

Malema went on to name the following:

• It was under Zuma’s presidency that 34 mine workers were massacred by the ANC government in Marikana and this of course happened in collaboration with and due to the pressure of current ANC president Cyril Ramaphosa.

• It was under Zuma that the corruption committed during the arms deal was swept under the carpet and suppressed through a commission of inquiry that ignored critical evidence of wrongdoing by people who to this day still enjoy the proceeds of the corruption.

• It was under Zuma’s leadership that Libyan leader Colonel Muammar Gaddafi was surrendered to imperialist forces, and was killed like a dog in events that resulted in a regressive degeneration of Libya.

• It was under Zuma and because of Zuma that Parliament was militarised – with police, the defence force and violent bouncers deployed and employed to intimidate and suppress members of Parliament.

• There are so many other reasons why the resignation of Zuma is long overdue, and for him to claim ignorance of all these represents an over-exaggerated sense of aloofness and self-seeking greed.

Malema did not stop there – he also claimed that “it was Pravin Gordhan working with Trevor Manuel and the crooks in the South African Revenue Service who came after me and took my properties and subjected me to huge humiliation. They persecuted me, thinking that I’ll go sell loose cigarettes in Masakaneng Zone”.

The visibly agitated Malema said: “We must dispel the claims that Zuma gave free education to the country; free education was a result of the Fees Must Fall generation, which brought Zuma’s government screaming and kicking to the table to concede on fee free education.”

Malema said the “EFF won’t participate in the election and the swearing-in of the new president because we want Parliament dissolved”.

And true to his word, the EFF walked out of the House after having failed to force the Speaker of Parliament, Baleka Mbete, to concede to dissolving Parliament and holding early elections.

In an ominous warning to the rest of the ANC members of Parliament, starting with new president Ramaphosa, Malema’s parting words in his press briefing were: “Jacob Zuma is gone. I’m coming for them.”

We live in a world where facts and fiction get blurred
In times of uncertainty you need journalism you can trust. For only R75 per month, you have access to a world of in-depth analyses, investigative journalism, top opinions and a range of features. Journalism strengthens democracy. Invest in the future today.
Subscribe to News24
Related Links
Opposition parties say it is not enough for only Zuma to exit
Ten most hilarious public responses to Zuma’s resignation
Zuma's unforgettable moments
Next on City Press
No textbooks for pupils on first day of school in Eastern Cape