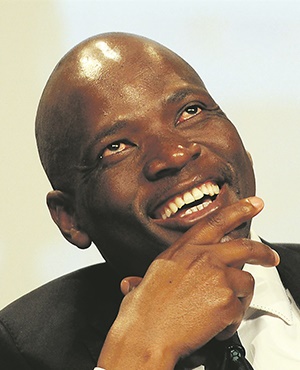 The Guptas tried to take control of the SABC's news production, the State Security Agency (SSA) investigated certain staff members, and the real power was with Hlaudi Motsoeneng and not the CEO.

These were some of the revelations yesterday – day four – at the parliamentary inquiry into the SABC.

On the same day when the Western Cape High Court ruled that Motsoeneng’s appointment was unlawful, Parliament’s ad hoc committee heard shocking testimony about the shenanigans at the public broadcaster.

Here’s what you need to know from the inquiry:

We live in a world where facts and fiction get blurred
In times of uncertainty you need journalism you can trust. For 14 free days, you can have access to a world of in-depth analyses, investigative journalism, top opinions and a range of features. Journalism strengthens democracy. Invest in the future today. Thereafter you will be billed R75 per month. You can cancel anytime and if you cancel within 14 days you won't be billed.
Subscribe to News24
Related Links
‘Bullied’ SABC boss Maguvhe still defiant
How Hlaudi sold the SABC
Muthambi concedes: Hlaudi’s position was not advertised
Next on City Press
‘If I have to die for justice to prevail, so be it,’ says Senzo murder accused’s sister