‘I must bury my son’s bones before I die’: Activist’s parents plead for closure 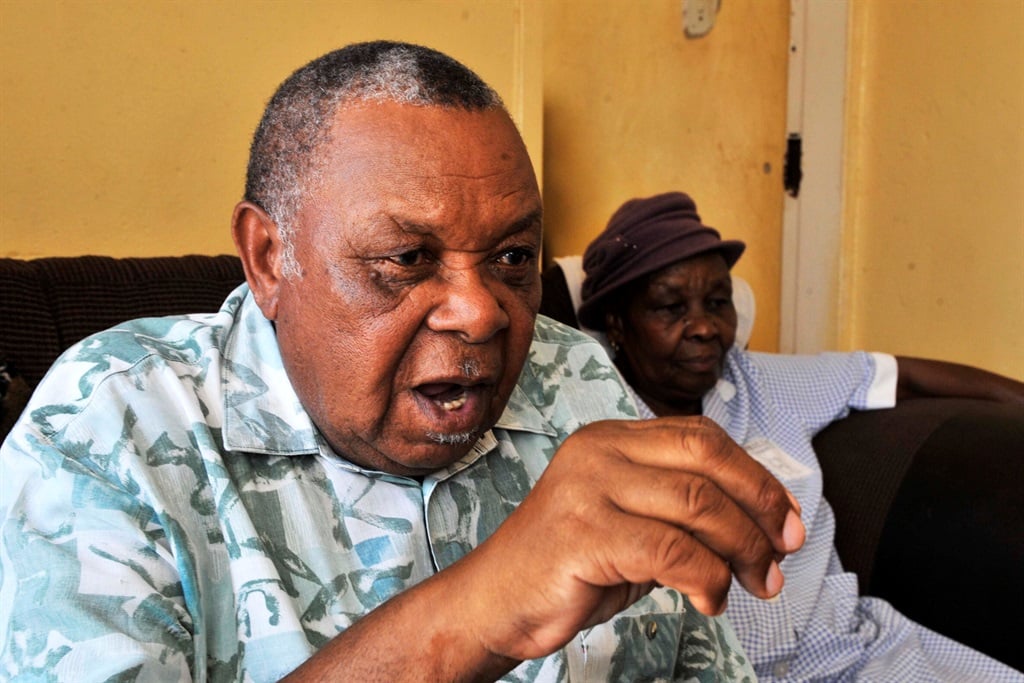 The family of struggle activist Ramatha Tlhapi say they have been let down by the National Prosecuting Authority’s missing persons task team, which has not recovered his remains believed to be at the bottom of a disused mine shaft for the past 30 years.

“How can I sleep at night knowing my son’s body, which was last seen battered and bloodied in some office at a police station, is possibly lying at the bottom of a disused mine shaft for the past 30 years?” said Barileng Tlhapi, the father of Ramatha.

Affectionately known as Boikie, Tlhapi’s son was a struggle activist who never made it back home after he was arrested with several others while on their way from Potchefstroom to a night vigil of a fellow activist in Klerksdorp, North West, on March 20 1986.

On Monday March 20, it will be exactly 30 years since Tlhapi saw his son alive. The family’s last hope of finding his remains relies on claims made by a former apartheid policeman, George Mbathu, that he saw a badly injured Boikie at Stilfontein police station where he worked at the time. He also claimed that Boikie’s body was later loaded into a police van and dumped in the infamous James Shaft – an abandoned mine shaft nearby.

The Tlhapi family have been hoping that someone in the NPA would at least give Mbathu’s statement some attention and the benefit of the doubt by going down the shaft to Boikie’s body and that of other activists that disappeared in the small town.

The authorities, however, do not seem convinced. They have not rushed to explore the shaft in search of the bodies despite the information coming from Mbathu.

The missing persons task team told City Press they were aware of Boikie’s disappearance and claims around what happened to his body. The task team’s head, Madeleine Fullard, said Mbathu’s statement was only “hearsay” and that “something concrete” was needed to trigger such enormous work at the shaft, believed to be more than 2 000 metres deep.

“We need conclusive facts and not just hearsay but we have been working on the case and our investigation continues. I am not saying we will never go search the shaft,” Fullard said.

Her statement has given the family some hope even though they have ran out of patience with authorities. 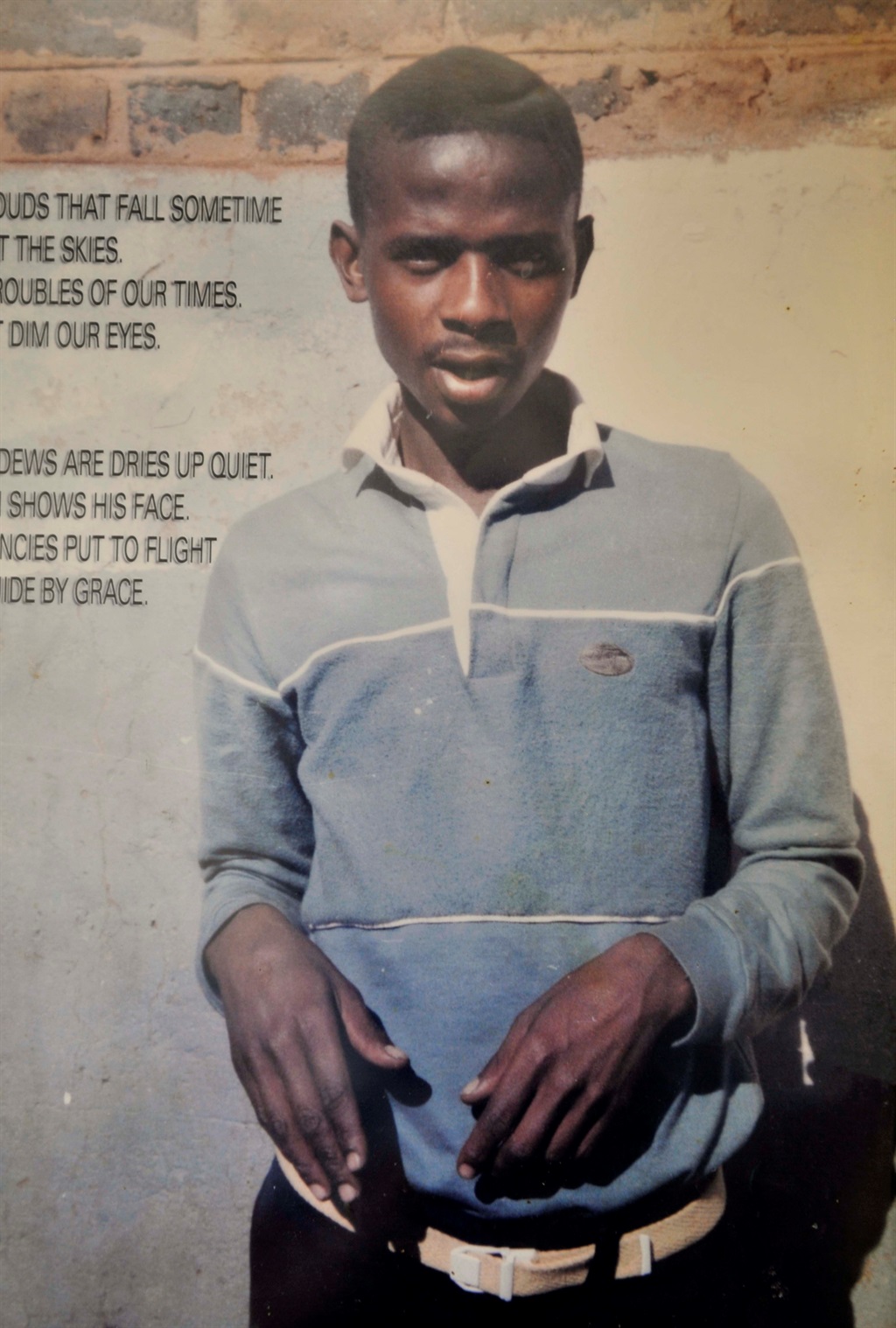 Boikie Tlhapi, who went missing in custody of the South African Police in the 1980s. Picture: Tebogo Letsie

Back in Ikageng township in Potchefstroom, the Tlhapi family is desperate for closure. The mood was sombre inside the family lounge where Boikie’s framed picture is still hanging on the wall.

“We’re desperate for closure. Who in our shoes would not believe Mbathu?” Tlhapi senior said.

If he could, he said, he would go down the shaft himself and retrieve his son’s remains. But this is a dangerous mission that requires experts with specialised equipment, he lamented.

Boikie’s 75-year-old mother Thalitha remained silent during the interview. Her face shiny, with sunken eyes, she often nodded in agreement with her husband as she shared the heart-rending tale of her family’s three decades of torment and endless questions about what could have happened to their child.

Thalitha was rushed to hospital 20 years ago after she fainted at the Truth and Reconciliation Commission (TRC) hearings while her husband was giving testimony on the disappearance of their son. No police officer applied for amnesty or confessed to killing or disposing of Boikie’s body.

Tlhapi told the TRC: “The people involved are Viljoen and April [two police officers] and this other one who witnessed the electrocution of my son. I would appreciate it if they come to tell exactly what they did to him. If my child is alive, please bring him back. If he is dead, it is still okay; bring him back and I will bury him.”

City Press has since learnt that April Tshwaedi – who has been named by Tlhapi and Mbathu as one of those who last saw Boikie – died earlier this year possibly taking the secret to the grave with him.

The Hawks spokesperson Brigadier Hangwani Mulaudzi told City Press they found out that the “central person who knew about the allegations was Tshwaedi, who unfortunately allegedly committed suicide”.

Fullard said her task team has tried to make contact with Tshwaedi but said he had been “evasive”. It was not clear where the other policeman last seen with Boikie, “Viljoen”, was.

“Around 2007 or 2008 our team unsuccessfully tried to interview an implicated former police officer Tshwaedi. We then interviewed Mbathu in 2013 and also made some inquiries on the shaft looking for details like owners, its depth and so on,” Fullard said.

“The challenge is we don’t have anything from any of the alleged perpetrators. Going down the shaft would be a huge and dangerous operation that we would like to do [if we had] conclusive facts. We appeal to anyone with information to come forward even if it means doing so anonymously to ourselves,” she said.

Nothing will make Tlhapi, now 77, happier than dying knowing he gave his missing son a decent burial.

“We’re about to die having not seen our son’s bones. We are hugely disappointed. But we still hope that someone in government somewhere would move to our side and help us find closure.

“Individuals within the police service have failed us by not telling the truth and not applying for amnesty. Some of them have taken it to the grave and thus denied us justice and closure,” he said.

Tlhapi said he had twice been to James Shaft where divers went on a “search for about four minutes and came back empty handed”.

“When we went back few months later, I think in the early 90s, surprisingly the shaft was covered with concrete. A remote-controlled camera was lowered into the shaft and we watched on a monitor from the surface. I saw some black things and lots of water,” Tlhapi said.

“Later a white man came to me and said: ‘Are you satisfied now. There are no bodies down there.’ He threw his hands in the air and walked away when I said to him, I saw black things and we’re told bodies were covered in black plastic bags before they were thrown in there.”

Tlhapi said he was not satisfied with these efforts. “Technology has now advanced and I ask myself why police come to take statements from us almost every year but nothing is happening. Mbathu has provided information ... why can’t they act on it and retrieve my son’s body?” he asked.

Fullard noted work done by the Lawyers for Human Rights on Boikie’s case in the late 80s and 90s.

“It went as far as inquest, which I think was inconclusive. We also did not get any report or footage from the time when a camera was lowered into the shaft,” she said.

Charge me if I lied

Mbathu remains unyielding in his belief that the bodies are down the shaft. He has put his head on the block saying: “Please charge me if you go there and return empty-handed. I am saying Boikie Tlhapi’s body was thrown down James Shaft and many other bodies have ended up in there.” George Mbathu a former police officer in the 1970's untill early 1990s, says he knows where polictical activists’ bodies were discarded during the apartheid struggle in Klerdsdorp and Potchefstroom. Picture: Tebogo Letsie

He told City Press he had an office not far from the one Boikie was kept.

“I went to that office on March 21 1986 and when I could not open the door I walked around and through the window, I saw Boikie lying there covered in blood which was also coming out his mouth and nose ... he had been badly beaten.”

“There were two officers, April Tshwaedi and Viljoen, in the office and the next day records showed that Boikie was released and I ask myself how they released him when he did not look like he was alive,” he said.

He said he also saw officers loading a black plastic bag in the bakkie and I knew very well that was Boikie’s body. One officer later came to me and said: “We’re done with those people. You will sleep in peace; that boy has been thrown in the shaft”.

Mbathu said the “sleeping in peace” referred to him not having to worry about his house in the township being stoned or torched after it had happened several times before.

Meanwhile, Fullard said her team was also aware of claims made by Mbathu that the body of another struggle activist, Nokuthula Simelane, ended down the same shaft. She said a probe into Simelane’s disappearance was also continuing.

Simelane, an uMkhonto weSizwe member, was abducted in 1983 at the age of 23 and the TRC heard of how she was beaten and tortured by the security police. There were contradicting statements of her body buried somewhere around Rustenburg while others claimed the body was last seen in Potchefstroom.

Mbathu claimed to have seen her body at Stilfontein police station where he worked – which is about 35km away from Potchefstroom. Simelane’s body was never found and her sister, who is now the mayor of Polokwane in Limpopo, Thembi Nkadimeng, said the “search continues”. George Magwejane a friend of Boikie Tlhapi, who went missing in custody of the South African Police in 1980s. Picture: Tebogo Letsie

“We were arrested together and the following day I was being led to another office for my turn to be tortured when I saw him lying motionless on the floor. I can’t say if he was alive or not but I noticed blood coming out of his mouth, ears and nose,” Magwejane said.

“I was severely beaten and tortured but my injuries were nothing compared to what Boikie looked like.” He said.

The missing persons task team has unearthed the remains of apartheid victims from all over the country and beyond borders. It remained unclear whether the “notorious” shaft is ever going to be searched for any possible human remains.

The Hawks said they were dealing with separate TRC matters. They referred City Press to North West provincial detective offices.