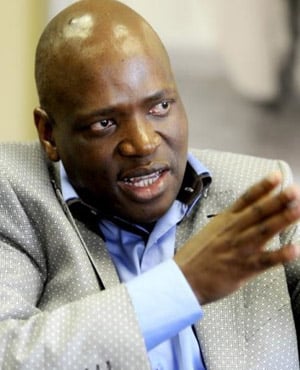 Hlaudi Motsoeneng. Picture: City Press
Several organisations have teamed up to submit an urgent application to the Independent Communications Authority of South Africa to force the SABC to immediately revoke its controversial decision to not broadcast footage of the destruction of property during protests.
Media Monitoring Africa, the SOS Coalition – a pressure group campaigning for an independent public broadcaster – and the Freedom of Expression Institute were preparing to submit the urgent complaint to Icasa’s Complaints Compliance Committee in Johannesburg later today.
William Bird, head of Media Monitoring Africa, said that the organisation saw the ban as a violation of the Broadcasting Act and the public broadcaster had also broken its own “licence conditions”.
“It is a fundamentally poor and illegal decision. It is profoundly unfortunate that the SABC can take such a decision.
“It is also very confusing. First, the SABC is not clear what it wants to do because on the one hand [in a press release] it says that it will not broadcast visuals of destruction but on the other hand, it says it will still broadcast protest marches.
“If you make such a decision, you must be clear what problem you want to address.”
Bird said that decisions like this can also confuse the SABC’s own journalists.
He said that the question rather was whether the decision would lead to a solution for the problem of violence during protests.
“The abuse of women and children is a bad thing. Are we going to stop reporting on this too? People involved in violent protests don’t wait for the TV cameras before they start protesting.
“The TV cameras were not there when schools were burnt down in Vuwani in Limpopo. It was filmed after the schools were set alight.”
Bird said the decision restricted media freedom and there was no evidence, as required by law, that justified the SABC’s decision.
The decision – announced on Friday – was welcomed by Communications Minister Faith Muthambi “in the interests of nation-building”, but slammed by the ANC’s alliance partner Cosatu, among others.
We live in a world where facts and fiction get blurred
In times of uncertainty you need journalism you can trust. For 14 free days, you can have access to a world of in-depth analyses, investigative journalism, top opinions and a range of features. Journalism strengthens democracy. Invest in the future today. Thereafter you will be billed R75 per month. You can cancel anytime and if you cancel within 14 days you won't be billed.
Subscribe to News24
Related Links
Indian listeners slam ‘arrogant’ Motsoeneng
Sanef, R2K raise concern over SABC ‘censorship’
Hlaudi: ‘Part of my job is to take risks’
Next on City Press
Minister threatens to declare SABC board delinquent