‘It will take 11 years to vaccinate 40 million South Africans’ 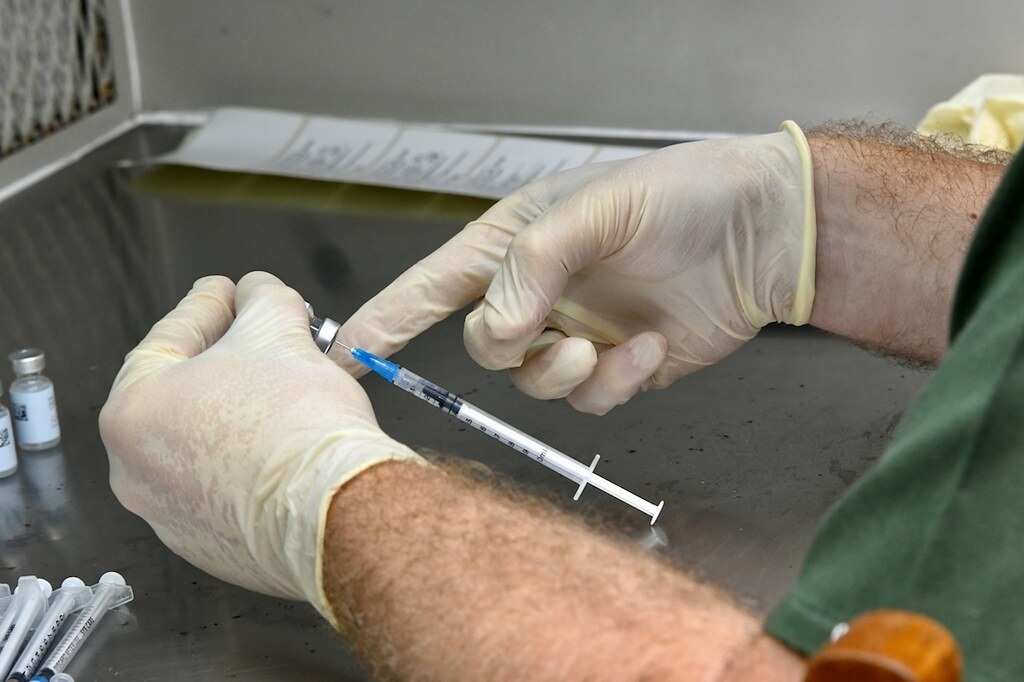 The roll-out of the vaccine programme at Frere Hospital in the Eastern Cape. Picture: GCIS

The DA says the country’s vaccination programme has failed even before it began and demands answers from Deputy President David Mabuza.

Siviwe Gwarube, DA member of Parliament and health spokesperson for the official opposition, said they would use the deputy president’s appearance at the National Assembly this week to seek answers and get an update on the vaccine roll-out in the country.

Mabuza is the head of the inter-ministerial committee which is tasked to oversee the country’s vaccination programme.

“While the government has tried to create the impression that South Africa has started its vaccine programme, the truth is that the vaccines being administered thus far are merely part of a Johnson & Johnson trial – the Sisonke Protocol. This part of the vaccine roll-out phase is perhaps the simplest as it targets healthcare workers in healthcare facilities.”

“What is an impending crisis is how we are intending on reaching the millions of remaining healthcare workers and the most vulnerable who require the vaccine when we can hardly put together 10 000 vaccinations per day,” said Gwarube on Monday.

She said South Africa was currently only managing to vaccinate an average of just more than 6 000 people per day.

According to Gwarube, at the current pace of the vaccine programme it would take up to 11 years to meet the government’s target of 40 million people.

“Even if we manage to ramp up the vaccination to 10 000 people per day – which is wholly inadequate – it would still take us 4 000 days, essentially 10-11 years to meet the government’s target of vaccinating 40 million people to reach population immunity.”

“This will mean that instead of vaccinating 65% of the population by the end of the year, the target will only be met by 2031,” said Gwarube.

She said a third wave of Covid-19 infections hung over South Africa like a grim reaper while the department of health keeps celebrating mediocrity that will cost the country lives.

Our target is to vaccinate 67% of the population, which will allow us to achieve herd immunity.
Department of health

Gwarube said countries the world over were vaccinating large chunks of their populations while South Africa was still scrambling to get to 200 000 vaccines a month into the roll-out process.

“The deputy president is expected to answer questions in the National Assembly this week, and we will certainly use this as an opportunity to grill him on what the delays are and how these challenges will be addressed. The very function of the committee which was convened by President [Cyril Ramaphosa] was meant to provide political and administrative accountability over this process. It is time that the government stops ducking and diving and level with the country on this process,” she said.

According to the government’s Covid-19 vaccination messaging guidelines published last Monday on the department of health’s website, 40 million people are targeted to be vaccinated in order to achieve herd immunity.

“This is the largest vaccination campaign undertaken in our history – it stretches across 52 districts and 280 wards to reach 40 million of our people. The programme entails procurement, distribution, actual vaccination, monitoring, communication and mobilisation.”

“While the government will lead the vaccine roll-out initiative, it requires a multi-sectoral collaboration to ensure that the vaccine drive is effective.”

Read | The burning question: to vax or not to vax?

The department of health said the Covid-19 vaccine would be rolled out in three phases and that it was anticipated that by the end of the final phase, about 40 million citizens would have been immunised.

“Our roll-out of the vaccine will take a three-phase approach that begins with the most vulnerable in our population. Our target is to vaccinate 67% of the population, which will allow us to achieve herd immunity. Phase 1 will focus on frontline healthcare workers, with a target of 1 250 000 people,” said the department.

It is becoming apparent that South Africa’s vaccine roll-out has failed before it has even started.

Minister of Health Dr Zweli Mkhize in a statement on Sunday said the cumulative number of Covid-19 cases for South Africa was 1 529 420.

The minister also revealed that the number of healthcare workers vaccinated under the Sisonke Protocol remained 145 544 by Sunday, with the vaccination programme resuming on Monday.

Gwarube said there has never been a greater imperative for the South African government than this pandemic and its vaccination programme and that silence on this can only mean the crisis is worse than anticipated.

We live in a world where facts and fiction get blurred
In times of uncertainty you need journalism you can trust. For only R75 per month, you have access to a world of in-depth analyses, investigative journalism, top opinions and a range of features. Journalism strengthens democracy. Invest in the future today.
Subscribe to News24
Related Links
From humble beginnings to vaccinating the president, Sister Bennett’s journey of hope
Editorial | Time is of the essence on vaccines
SA receives 80 000 more Covid-19 vaccines as vaccinations gather pace
Next on City Press
SADC pushes for a one-stop cross border post to reduce congestion

Choose a newsletter
Voting Booth
President Cyril Ramaphosa banned the sale of alcohol for off-site consumption for the Easter weekend to control the spread of the Covid-19 virus. What do you think about the ban?
Please select an option Oops! Something went wrong, please try again later.
I’ve stocked up
23% - 82 votes
And drinking and driving?
9% - 33 votes
Don’t drink, don’t care
31% - 108 votes
It’s no longer about Covid-19
37% - 131 votes
Previous Results
The best of 2020
Can you guess who featured in our most popular articles from 2020?