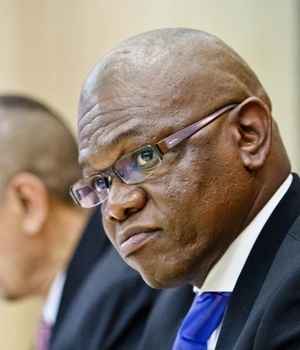 Newly elected Johannesburg Mayor Geoffrey Makhubo has constituted a multiparty government in the city, rewarding political parties that helped the ANC gain power with five seats on the mayoral committee.

Five of the 10 members of the committee are from the ANC, while two are from the Inkatha Freedom Party (IFP) and one each from the Congress of the People (Cope), the Patriotic Alliance and the African Independent Congress (AIC).

For ditching it cooperative alliance with the DA and aligning with the ANC, the IFP received two MMC positions, with transport and housing to be headed by Nonhlanhla Makhuba and Mlungisi Mabaso, respectively.

The economic development portfolio was given to the Patriotic Alliance's Lloyd Philips, the AIC's Margaret Arnolds will oversee community safety responsibilities, while Cope will oversee development planning through Jay Maharaj.

The ANC regained the metro it lost in 2016 as a result of some of the DA's members jumping ship and voting with the governing party during the council vote on Wednesday. ANC secretary-general Ace Magashule claimed that there were 11 DA councillors in Johannesburg who were interested in joining the ANC, but has not revealed their identities.

Makhubo received a majority 137 votes, beating the DA's Funzela Ngobeni who got 101 votes.

The allocation of MMC positions reflected the ANC's gratitude for its alliance partners.

READ: DA embarrassed as its own members vote for ANC’s Makhubo to become Joburg mayor

After his team’s announcement, Makhubo urged the MMCs to “serve the people of Johannesburg with pride and dignity” as residents expect “quality services delivery” from the new administration.

He said it was unfortunate that time is not on the committee’s side as it only has 18 months to turn around the fortunes of the city before the next local government elections.

The vacancy in Johannesburg leadership occurred as a result of former mayor Herman Mashaba resigning in protest at the new DA leadership under Helen Zille and John Steenhuisen.

Makhubo said “the city needs to be cleaned and waste must be collected regularly in suburbs and townships” going forward.

He also addressed the issue of electricity outages in Bryanston and its surrounding areas, saying this was as a result of a supply board that blew up at the Brynorth substation. He said City Power was urgently attending to the matter.

All the MMCs will be sworn in on Tuesday.

Related Links
DA embarrassed as its own members vote for ANC’s Makhubo to become Joburg mayor
Gauteng steps in, issues stern warning over political games in Joburg, Tshwane
DA ‘confident’ it will be able to retain Joburg mayorship
Share
Next on City Press
Some TB patients still required to take pills in front of witnesses