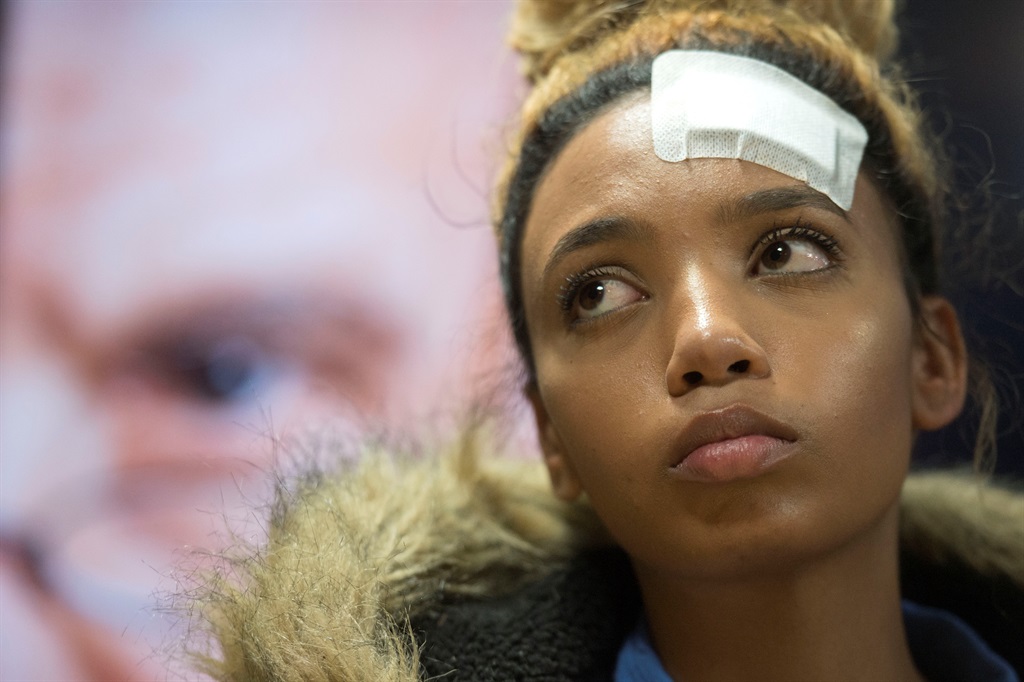 Judgment was reserved today in the case involving diplomatic immunity for Zimbabwe’s first lady Grace Mugabe and her assault case.

Civil rights group AfriForum made its case at the North Gauteng High Court to get the decision of diplomatic immunity, which was granted by International Relations and Cooperation Minister Maite Nkoana-Mashabane, set aside.

This came after Mugabe allegedly assaulted 20-year-old model Gabriella Engels at a Sandton Hotel on August 13.

Advocate Etienne Labuschagne argued on behalf of Engels, who was with Mugabe’s sons at the hotel when, she alleged, she was assaulted by Mugabe after she was struck with an extension cord on her forehead.

AfriForum came on board to assist Engels and her family and on August 15, two days after the assault, AfriForum requested the arrest of Mugabe. After conflicting reports from Police Minister Fikile Mbalula, Mugabe was supposed to have handed herself into police custody and appear at the Randburg Magistrates’ Court where Engels laid charges of assault against her, yet Mugabe failed to appear in court.

Ahead of court proceedings today, Engels mother, Debbie, told the media that allegations which have since surfaced about Gabriela allegedly attacking Mugabe with a knife are false and shouldn’t be entertained.

“I don’t want to even respond to that, it’s just a pathetic attempt to get off this whole thing. I don’t see how she even gets to the point where she can say that my daughter wanted to attack her with a knife when she’s got so many bodyguards surrounding her all the time,” Debbie Engels said.

Public outcry over this case has seen political parties such as the Democratic Alliance questioning the issue of diplomatic immunity.

AfriForum is not the first to seek to have the decision to grant diplomatic immunity to Grace Mugabe set aside. On August 25 the DA took the matter directly to the Constitutional Court where they filed papers to request “direct access” to argue against the decision by the minister and that it “should be set aside as wholly without legal merit and should thus be declared unconstitutional and invalid.”

The DA also called for Mashabane to appear before Parliament to account for why she had granted diplomatic immunity to Mugabe, but she is yet to appear.

On September 6, MP Stevens Mokgalapa, DA spokesperson on international relations and cooperation said that Mashabane had refused to appear before Parliament to account for her role.

“Today, however, the DA received a letter from the minister saying that she will not be appearing in front of the committee to explain her decision. Mashabane claimed that since the DA had submitted an application to the high court, the matter was now sub-judice,” Mokgalapa said.

Labuschagne argued in court today that they wanted to serve papers to Mugabe at President Robert Mugabe’s office but, in response, Advocate Simba Chitando, who represented the Zimbabwe embassy, said that Mugabe “does not reside there”.

Judgment has been reserved in the case. Read more on:
afriforumgrace mugabe
WINNING WOMEN
for subscribers
Winning Women | Poetry is about telling stories to the world