Justice and tears for former EFF staffer after assault The conviction of a former EFF deputy for assaulting former staffer Maggie Klaas is something of a bittersweet victory for her as she is now unemployed and is yet to receive a cent even after the Commission for Conciliation, Mediation and Arbitration (CCMA) ordered the party to compensate her for wrongful dismissal.

Klaas took then provincial deputy chairperson Bunga Ntsangane to court after laying a case of assault in November 2017.

His sentence of R6 000 or six months in prison was suspended for a period of three years.

Speaking to City Press, Klaas said she was relieved that the court battle had come to an end, but believed there was no sufficient justice to compensate for the stress and emotional abuse she suffered.

“I have been under severe stress and emotional abuse from party members and supporters who did not believe my version of events and described me as an enemy of the EFF. I am relieved this is over,” she said.

Klaas accused Ntsangane of assaulting her and threatening to have her genitals “cut off” during an altercation in his office in November last year.

After laying charges against Ntsangane, Klaas says the EFF took her through internal disciplinary hearings, which led to her dismissal for what she describes as having spoken up against abuse. 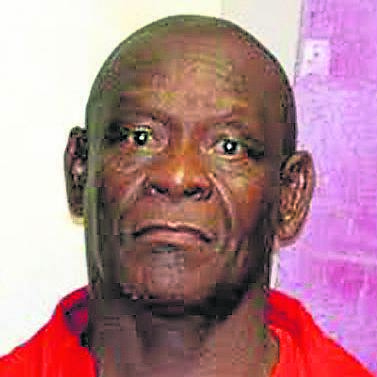 “Maggie never lost her job because of Ntsangane. She refused to take instructions and we had to implement labour laws against her. She then took us to the CCMA and the matter was ruled in her favour. However, we have appealed the outcome and questioned the process.”

In April, the EFF in the North West was ordered to pay her 11 months’ salary for unfair dismissal. This was after the CCMA found that her dismissal was procedurally and substantively unfair.

The EFF had to pay her a total R102 300 before the end of April, but Klaas says she has not yet received the payment.

“If she takes us to labour court and they tell us to take her back we will, as we can’t appeal forever. However, we do have a right to appeal processes and will do so if we think they are not consistent. But as for the judgment, we welcome it.”

Klaas told City Press that she was in the process of starting her own non-governmental organisation to help women in politics who suffer abuse at the hands of their comrades.

“I have been unemployed and staying home since the EFF fired me. It has been the support of friends, family and the media that has helped me through this process. It has left me emotional, tired and stranded, but I am glad it has come to an end and that justice prevailed.

“I am disappointed in the leadership of the EFF and feel that they did not protect me, yet they are quick to speak up when celebrities and rich people are victims of abuse. But because I am poor and unknown they were quiet. The EFF and defenders of abusers have been exposed and it’s unfortunate that I remain jobless because the EFF did not believe me and instead subjected me to secondary victimisation.

“This while my perpetrator remains a member without being called to any disciplinary hearing.”

Babuile said the EFF welcomed the judgment and sentence and would look into internal processes to discipline the former deputy chairperson, who is still a member of the party.

“Our position is very clear, we don’t support gender-based violence and now that there is a judgment we will look into internal processes of the party to discipline Ntsangane”.

Artist and activist Rosie Motene, who has provided counselling and support for Klaas since the beginning of her court battle, told City Press that she had been in tears since learning of the court judgment.

“I was emotional when I heard it. I was worried about her because of the profile of her abuser and the political attachment to the case. Today is a victory for all of us, for all survivors, and there still is a long way to go.”

“They tried to shut her up and two years down the line, after much pain and frustration, she saw victory. But we still have a long way to go, people are still getting away with it.

We shouldn’t have to go through secondary victimisation, but five or 10 years ago her case might not have got to the courts. It would have been squashed.

“Even those who didn’t believe her have heard the court outcome and this is a lesson to society,” Motene added.

Do you think the sentence handed to Bunga Ntshangane is fitting of his crime?