Keeping food tradition: How a doctor and elderly women farmers teamed up A doctor and a rural community of mostly elderly women have teamed up to bring the rich heritage of the soil to the city.

Anna Trapido travels to rural Venda in Limpopo to meet the farmers.

She doesn’t discount the role of modern medicine, but rather argues for a multifaceted approach that recognises that, “in some situations, medicines are essential, but they generally deal with a symptom not a root cause”.

“You cannot expect a drug to cure a problematic lifestyle on its own. When the long-term impact of the way we have lived has made us ill, lifestyle changes, including dietary changes, need to be part of the treatment approach.

"Ancient African ingredients have many health-giving properties with a role to play in such change,” she says.

She is available for private patient consultations at her practice in Houghton, Johannesburg, but most foodie fans know her from her Modern Traditions stalls.

She trades at several food markets in Gauteng, offering a range of indigenous ingredients – all of which are sustainably grown in the Niani district of Venda in Limpopo. 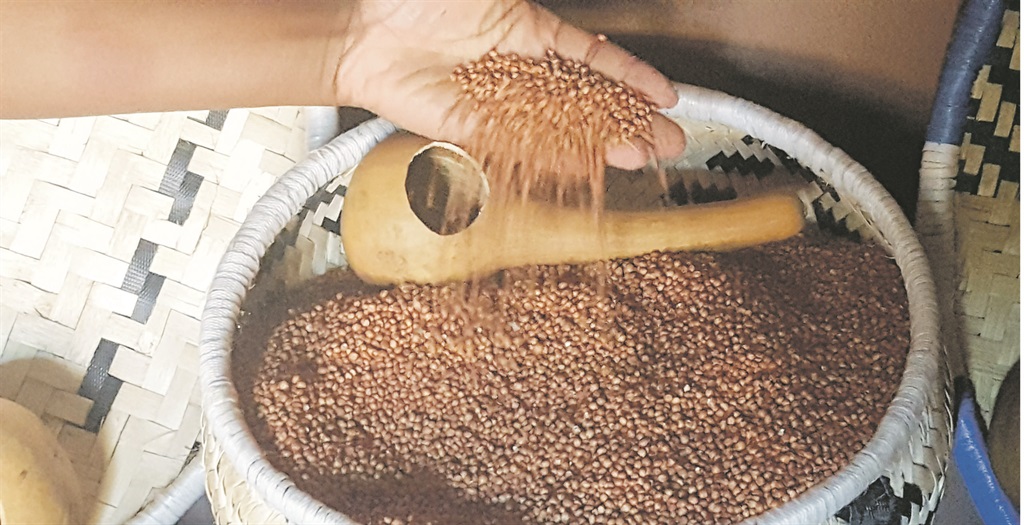 Whether you want a nutritious takeaway tub of organic finger millet with heritage chicken, a gluten-free sorghum flour bread topped with marula nut butter, a vitamin C-laden baobab and mulberry ice cream, or a deliciously dark, silky cacao and mushidzhi morogo muffin, the doctor-chef has a tasty treat to suit every health issue, palate and wallet.

The problem with many purveyors of heritage ingredients is that they are so interested in the health-giving and historical nature of such crops that they don’t put sufficient thought, effort or skill into cooking them well.

When selling food, being interesting and/or virtuous is not enough – it also needs to taste good and, quite often, it doesn’t. The good news is that Nelwamondo is an excellent and conscientious cook.

She has no formal food training, but rather the culinary equivalent of green fingers. Everything she touches turns to yum. She also makes cosmetics, including a superbly soothing, skin softening marula oil.

All of the above is grown and harvested in Niani by 132 mostly elderly, previously subsistence women farmers who work from a combination of family, communal and tribal lands.

Some have experience as seasonal pickers in commercial tomato farms, but most have raised and fed families from the fringes of the cash economy.

They now sell their surplus to Nelwamondo, but she is keen to point out that “these are hardworking, strong and self-sufficient people. Supplying Modern Traditions is a beneficial addition, not a dependency.”

The urban/rural relationship, now in its third year, took time to establish.

“I come from Duthuni in Venda, but Niani is much further north. From a health stance, I knew that Niani people grew the traditional crops that I was most interested in, so I wanted to reach out to them,” Nelwamondo says.

“I was fortunate that my mother knew a local schoolteacher who could help us with the initial interactions, but the community was understandably cautious at first. They thought maybe I had come to cheat them. “My mother, myself and our field worker Phumudzo Munyai went through a slow, careful process of engagement with traditional and civic municipal leadership, which gave people confidence that this would be a long-term, humble and mutually beneficial interaction.”

An initial “uluvha” to the Royal Council was followed by permissions from the Musina Local Municipality.

Having been recognised by all community leadership structures, Nelwamondo now buys directly from individual women producers – there are no middlemen involved.

A collective rate per kilogram is set at an annual meeting, after which amounts paid are determined by output.

Crops are processed all year round, with monthly payments ranging between R1 000 and R3 000 per producer. Regular and personalised collection and payment is important in the maintenance of relationships of respect and trust.

As farmer Maliehe Nyawasedza observes, “we like that they make the effort to come to us themselves every month. They are like our daughters. They don’t just send someone with a truck. We know who we are dealing with personally.”

Nelwamondo describes her relationship with the women of Niani as “humbling, exhilarating and mind-expanding.

"I have learnt such a lot, and grown such a lot as a person and as a doctor. There is a depth of farming and food knowledge that allows me to reach into my heritage and access new ways of understanding and practising medicine.”

“I see traditional ways of processing food that are explained in terms of taste that I can also apply medically.

"For instance, from textbooks, I learnt the nutritional benefits of sprouting sorghum, but the Niani ladies have taught me that they have always sprouted to make the grain taste sweeter,” she says.

“Many ancient food techniques have the health elements built into the food culture.

"When I see such things being undertaken in context, it makes my medical and nutritional knowledge come alive for me. Things that I thought were foreign now feel very familiar.”

With economic empowerment has come increasing community recognition that the older women of Niani are the keepers of ancient and valuable food skills. Farmer Salphina Mukondeleli says: “We used to struggle to get young girls interested – if they did help us, it was because there would be nothing to eat otherwise – but now they want to learn how to shell marula nuts. They can see the benefits.

“When someone gets sick, we send them to the doctor. When there are Saturday classes at the high school, our children can go. That comes from the skill in our hands and the knowledge passed down from our ancestors.”

We live in a world where facts and fiction get blurred
In times of uncertainty you need journalism you can trust. For 14 free days, you can have access to a world of in-depth analyses, investigative journalism, top opinions and a range of features. Journalism strengthens democracy. Invest in the future today. Thereafter you will be billed R75 per month. You can cancel anytime and if you cancel within 14 days you won't be billed.
Subscribe to News24
Related Links
Villagers must get title deeds
Land reform is a success on this farm in Limpopo
How 24-year-old Mbalentle Sipengane became a successful farmer
Next on City Press
Marikana workers plan to put Ramaphosa in the dock in a civil claim