The police are pressing panic buttons over an exponential increase in high-profile kidnappings for ransom that saw local and international abduction syndicates rake in a fortune worth more than R1 billion last year.

A general in the SA Police Service told City Press this week that the police were overwhelmed by kidnappings for ransom, adding that this was increasingly threatening the country’s national security.

The general, who spoke on condition of anonymity, said that despite the threat, the police did not regard these kidnappings as a priority crime as the cases were underreported.

“The families of victims never report the crimes as they are threatened not to do so,” the general said.

“In most of the cases, families of victims simply choose to pay the ransom and never involve the police.”

City Press can also reveal that the sophisticated abduction syndicates involve police officers, at least 14 of whom have been arrested.

I can confirm, without a fear of contradiction, that a number of police officers have been arrested for colluding with kidnappers
National police spokesperson Vishnu Naidoo

National police spokesperson Vishnu Naidoo confirmed that a number of police officers had been arrested in connection with kidnapping.

“I can confirm, without a fear of contradiction, that a number of police officers have been arrested for colluding with kidnappers,” he said.

“But I cannot tell you the number as I do not know it. We know that people are being kidnapped and that the kidnappers are demanding millions in ransom money, but we do not have any figures as to how many people have been kidnapped. Even if we had the figures, I cannot give them to you because there is a moratorium on the release of crime statistics.”

The general said that the crime intelligence unit handling kidnappings across the country had five members only and was grossly understaffed.

“I know that the capacity of the crime intelligence team is small and wholly insufficient to investigate such a big national threat. Kidnappings are on the rise, but we are more reactive than proactive because we are always forced to deal with kidnappings that have already taken place.

“There is a lack of investigation capacity and most of the cases are not going anywhere in court. There is a lot of information to follow nationally, but because of capacity deficiency, it is not possible.”

Besides wealthy South Africans who own cash businesses, the officer alleged that the syndicates were also targeting Pakistanis, Indians and other Asians.

“This is how it works: People who are in South Africa arrange fraudulent documents for people in Asia to travel to South Africa from Zimbabwe, Swaziland and Mozambique. As soon as they cross the border, they are flagged and stopped by the police. That is how they get kidnapped. The abductors contact their families in Asia, demanding a ransom for their release.”

Hawala, which originated in Asia, is an international remittance system in which people in different jurisdictions transfer money to each other, using brokers, without exchanging physical cash with each other.

The general said Hawala is controversial as it is often used to launder money and finance terrorism.

Another police officer said the syndicates were well-organised and used international numbers and phones bought outside South Africa.

“I foresee the kidnappings going up because the victims’ families are willing to pay the ransoms. We are really worried that some of these guys could have links to terrorist organisations,” he said.

THE CASES: THE PAKISTANIS

A docket registered at Johannesburg Central Police Station, seen by City Press, shows that on Wednesday, Fyzan Syed, a Pakistani national, was kidnapped in Fordsburg – and that his kidnappers are demanding $5 million (R78 million) from his family.

“A certain group within MQM used the money to acquire businesses, such as the Palm Continental Hotel in Fordsburg. The contributors, or investors, of the $500 million wanted their monies, and that is how the fight within MQM in South Africa started.

“It is reported that it is the second kidnapping in the family of Syed. In 2018, an eight-year-old was kidnapped and was released after the payment of a ransom. The family did not want police involvement.”

Another docket seen by City Press, opened at Parkview Police Station in August last year, shows that a Jordanian man and his son were kidnapped by men driving a Toyota Fortuna in Mayfair.

“The Jordanian embassy is now calling the family, asking whether the police are assisting with the case.

“Crime intelligence’s kidnapping team is assisting with the investigation and the grabber [surveillance equipment] is on board to locate the numbers.”

Of this case, another senior police officer said: “The family paid the money and the hostages were kept for four months. But they were eventually released.” 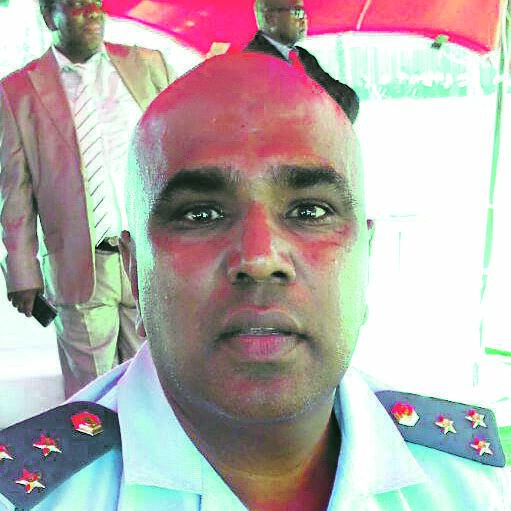 Another docket seen by City Press, also opened at Parkview Police Station in August, shows that an unidentified family was forced by kidnappers to pay R3 million after two of their relatives were kidnapped.

“The family of the victim went ahead with [making a] ransom payment to the kidnappers. They did not want police involvement. R3 million in cash was dropped off in Kliptown, Soweto, by the family, without police,” reads the docket.

“The family is presently awaiting a call to fetch the two victims. The status of the victims will be monitored for possible debriefing. We hope the victims are released and that the suspects do not demand more money, as they initially demanded R10 million.”

MOZAMBICAN, INDIAN AND OTHERS

Earlier this week, Guitabali Samngi, a 53-year old Mozambican man who was kidnapped in Mbombela, Mpumalanga in October, was found dead in Emalahleni.

A man who works for a private security firm that is often contracted to find kidnapped people alleged that Samngi’s family had paid R7 million to the kidnappers.

“But they demanded another R7 million. We are told that the family paid another R1 million, but the kidnappers ended up killing her.”

Another police officer, who did not want to be named, said that in August, an Indian man was kidnapped after landing at OR Tambo International Airport in Johannesburg.

“This victim landed at OR Tambo on an Emirates flight from Dubai. He came to South Africa from Belgium via Dubai. Upon landing, he called a business associate, who advised him to book in at a lodge ahead of a meeting the following day. This meeting did not take place as the victim was kidnapped.

“A ransom of $1.5 million is being demanded and it is alleged that the business partner was told not to involve the police. A case of kidnapping was opened.”

The officer cited the high-profile abductions of wealthy businessmen Omar Carrim, Zhaun Ahmed, Shiraz Gathoo and Noor Mohammed Karriem as reasons to be concerned about the increase in cases of kidnapping for ransom.

“I can tell you that in all cases, hundreds of millions were paid to secure their release.”

The general, who spoke on condition of anonymity, said that despite the threat, the police did not regard these kidnappings as a priority crime as the cases were underreported.

What is interesting with the cases in which the wealthy businessmen were taken, is that all of them said they were tied in chains and kept in the passage of whatever house they were in.

“They also said that from where they were kept, they could hear trains passing by from a distance,” said an officer.

“This tells us that there is a possibility that the kidnappings are the work of a syndicate.

“We have also noted that almost all of these businessmen were involved in cash businesses, which generate a huge amount of cash on a daily basis.”

The kidnappings, he said, have also proliferated in and around the Oriental Plaza in Fordsburg and China Mall in Mayfair, all of which are home to a number of Asians who run cash businesses.

SMS us on 35697 using the keyword RANSOM and tell us what you think. Please include your name and province. SMSes cost R1.50. By participating, you agree to receive occasional marketing material

We live in a world where facts and fiction get blurred
In times of uncertainty you need journalism you can trust. For only R75 per month, you have access to a world of in-depth analyses, investigative journalism, top opinions and a range of features. Journalism strengthens democracy. Invest in the future today.
Subscribe to News24
Related Links
Cops given small bakkies for high-speed chases while office-bound staff cruise in GTI
Drama over Free State cops’ interference in investigations into organised crime
Couple’s alleged nightmare at the hands of ‘drunk’ police
Next on City Press
Government is hauled to court for its position on the Miss Universe pageant in Israel