Nick Serfontein of Sernick Group was one of the speakers at the Land Indaba. Picture: Deon Raath

Less than six weeks ago, Landbouweekblad and AgriSA’s land summit in Bela-Bela created the equivalent of a small earthquake. The earthquake sparked a tsunami that has washed over our country, creating new hope. The summit will rightly be remembered as one of the most important landmarks in the history of agriculture in South Africa.

This land summit came near the end of the series of public hearings that were held across the country about the amendment of section 25 of the Constitution.

The naked racism and radicalism that were on display during these hearings were shocking. Apart from the fact that it was an indictment against the political climate of our country, it can also be seen as a dangerous spiral towards a place we really don’t want to go to. The public hearings were an unpleasant experience and, unfortunately, the wrong question was asked of the wrong people.

Two weeks after the Bela-Bela summit, President Cyril Ramaphosa announced his economic rescue plan, which, in spite of much criticism, added a little more hope.

More important, however, was his announcement that a balanced advisory panel would advise the interministerial task team on land reform. What is important about the foregoing is the seriousness and political will to take the bull by the horns, something we haven’t seen for years. These two events added further momentum to the tsunami, making its crest a little higher.

Just when we thought the wave was breaking, City Press and Rapport’s Land Indaba came along this past week. The extent of the participation from all sectors in our society was astonishing. The large audience included former president Kgalema Motlanthe, senior officials, organised agriculture, agribusiness, commercial banks, the private sector, delegates from seven political parties, farmers, the media, academics, members of the advisory panel and people who just care – such as the iconic Brand Pretorius.

And one can’t help but compliment City Press and Rapport for the initiative and for organising an exceptional conference. The quality of the indaba was telling, and just like at the Bela-Bela land summit, the excitement and the enthusiasm was tangible. Anybody who walked out of the conference without hope that there is light at the end of the tunnel is living on another planet.

During the first session of the conference, a look was taken at the history that still haunts us, but also at success stories originating from the private sector, such as the ones that came to the fore in Bela-Bela – success stories that nobody was aware of, which says a lot about the nature of our society. There was consensus about the concept of land redistribution and land restitution – it is morally correct because it gives back to those who had their land taken against their will; it is socially acceptable because it creates the self-confidence and dignity that goes along with owning land and the right to land; and it is economically correct because it creates opportunities for better lives.

Tragically, however, the way land reform has been administered over the past 24 years and the corruption that went along with it, is a treason against the people who were intended to benefit from it. The ANC’s admission of this is praiseworthy and in stark contrast to previous denials of any maladministration.

During the second session, a look was taken at the future. The right to land in the former homelands remains a sticking point, but there are also success stories and possible solutions. The biggest need for ownership is probably in urban areas, however, where the solutions are relatively simple and can take place if the necessary political will is forthcoming.

The differences of opinion related to how land reform should take place, as well as the necessity to change section 25 of the Constitution to speed up land reform. Recognition was given to the Motlanthe report, undoubtedly the most well-researched document on land reform, which recommends that it is unnecessary to amend section 25 of the Constitution. The differences between political parties were politely expressed, with only the Economic Freedom Fighters advancing the nationalisation of all land.

With this overwhelmingly successful conference now over, the question is: Where does it leave us and what next?

I agree with AgriSA president Dan Kriek that policy certainty around land rights is important and urgent. Farmers are worried and the present uncertainty is unhealthy, but the land reform process has momentum and the political will to effect it is seemingly present. It is critical that the momentum be maintained and that the tsunami not be allowed to break.

The state is sitting with hundreds of thousands of hectares of unproductive land that has been transferred to the political elite. There is no reason this land, along with the correct support mechanisms, can’t be transferred to the right people. But there remains an open question: Whose responsibility is this?

The two government departments that have been responsible for reform in the past have made a mess of it. To use the same structures and do the same things and then expect different results is both crazy and irresponsible. They do not have the capacity or the knowledge to farm successfully.

A good example is the situation around animal healthcare in South Africa, which has become a ticking time bomb and threatens to sink the entire cattle industry. The present system is like the Titanic – it can’t turn around and must sink. 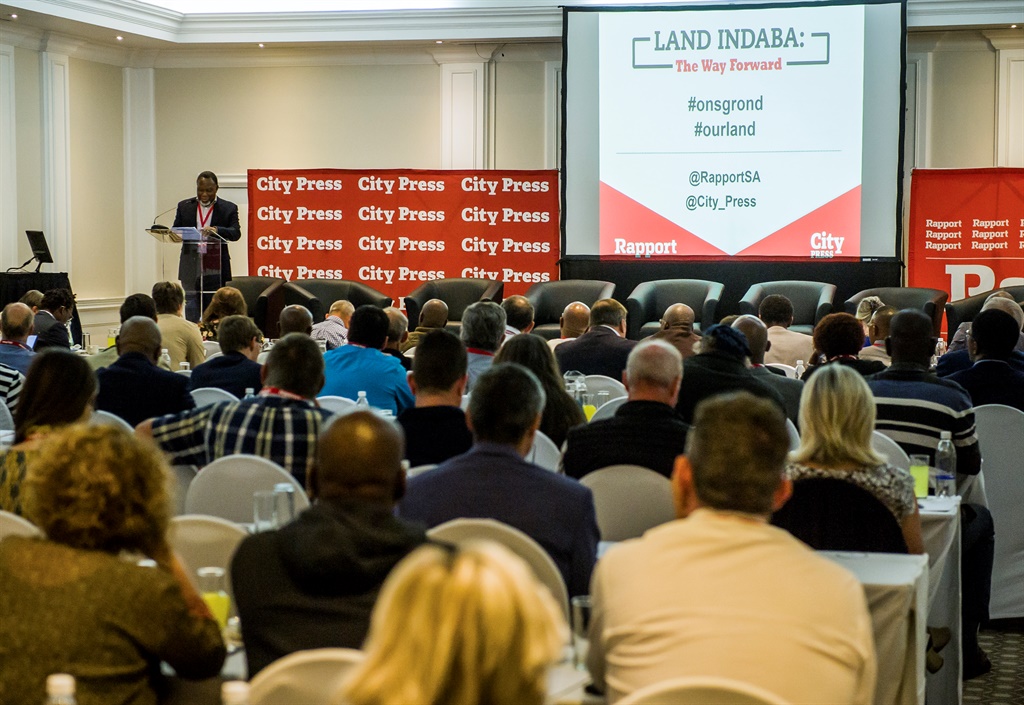 The solution lies in the proposed Agricultural Development Agency, which is on the table and is being driven by agribusiness, the private sector, the Land Bank, commercial banks and other financing entities to:

. Provide the sort of inexpensive financing that placed white farmers on the road to success after colonialism;

South Africa has an incredibly dynamic agricultural sector, with some of the best farmers in the world

In the meat industry, we are in 22nd position worldwide when one looks at the numbers. But when it comes to production of beef, we are in 11th place internationally, despite the fact that 40% of our cattle are in communal areas where production is low. Imagine a situation where the right structures are in place, the political will is there, and the support and mentorship of commercial farmers is paired with newly established, upcoming farmers. The obvious outcome speaks for itself.

This recent conference, together with the Bela-Bela summit, has inspired me and given me hope for a bright future in agriculture. My call to the agriculturalists in this beautiful country would be that we keep believing because the future belongs to those who believe the most and for the longest time. And we have to realise that every success story, no matter how small, makes a massive difference.

The advisory committee has an exceptionally difficult and important task ahead of it, but it is a formidable team. Naturally, there are going to be differences, but this is a good thing because if we all agreed on everything in life, we would never get to the right end result.

Serfontein is chairperson of the Sernick Group

What’s next for SA after the two recent successful land conferences?

SMS us on 35697 using the keyword REFORM and tell us what you think. Please include your name and province. SMSes cost R1.50. By participating, you agree to receive occasional marketing material