‘Let Mmusi run the country to take it forward, clean it up’: Maimane 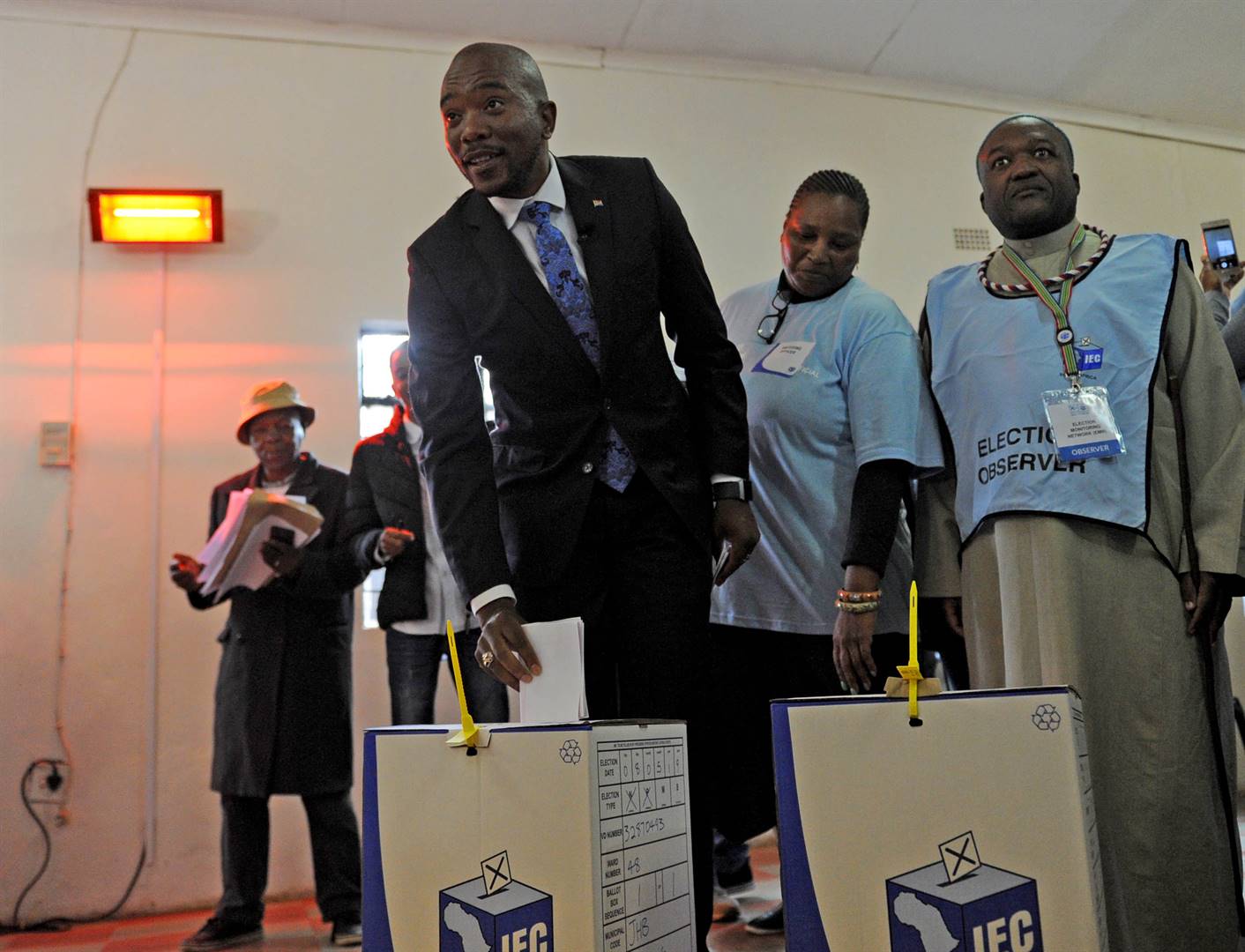 “This election will demonstrate to South Africans that the DA is the only party that can grow in all communities,” DA leader Mmusi Maimane told the media on Wednesday morning, just moments after he cast his vote at the Presbyterian Church in Dobsonville in Soweto – around the corner from his family house.

Maimane said the 2019 general elections would prove that the party was growing in every province, especially in “communities that people would have never thought that the DA will grow in”. He said the DA was the only party that could grow both in Alex and in Sandton.

He said this would be in line with “the transformation of the DA, a party that represents all South Africans”, and it would “prove that black people and white people want to work together”.

“I’m not building a party for one race but for all races,” he said.

And the DA's Mmusi Maimane casts his vote in Soweto. He double-checks his ballot paper before putting it in the box. "I just want to make sure I did the right thing," he jokes. Video: @setumostone pic.twitter.com/6YzSt7N5eJ

Responding to questions about whether his critics within the party would call for his head if the DA lost support, Maimane said: “I’m not worried about that”.

He said the party worked hard in its elections campaign and the voters heard the message.

“We are pursuing a dream. A nonracial future is profound for this country and no other party is fighting for that. No other party list is as diverse as we are. Which other parties speak of minorities and majorities working together? This is not about Mmusi Maimane.”

This is not about politics or office, it is about the future and I will give it my life.

He said he was prepared to dedicate his life to achieving the dream, “for as long as I still have air in my lungs”.

He urged voters to come out in numbers and vote, adding them to also forget about loyalty and vote for a competent government. 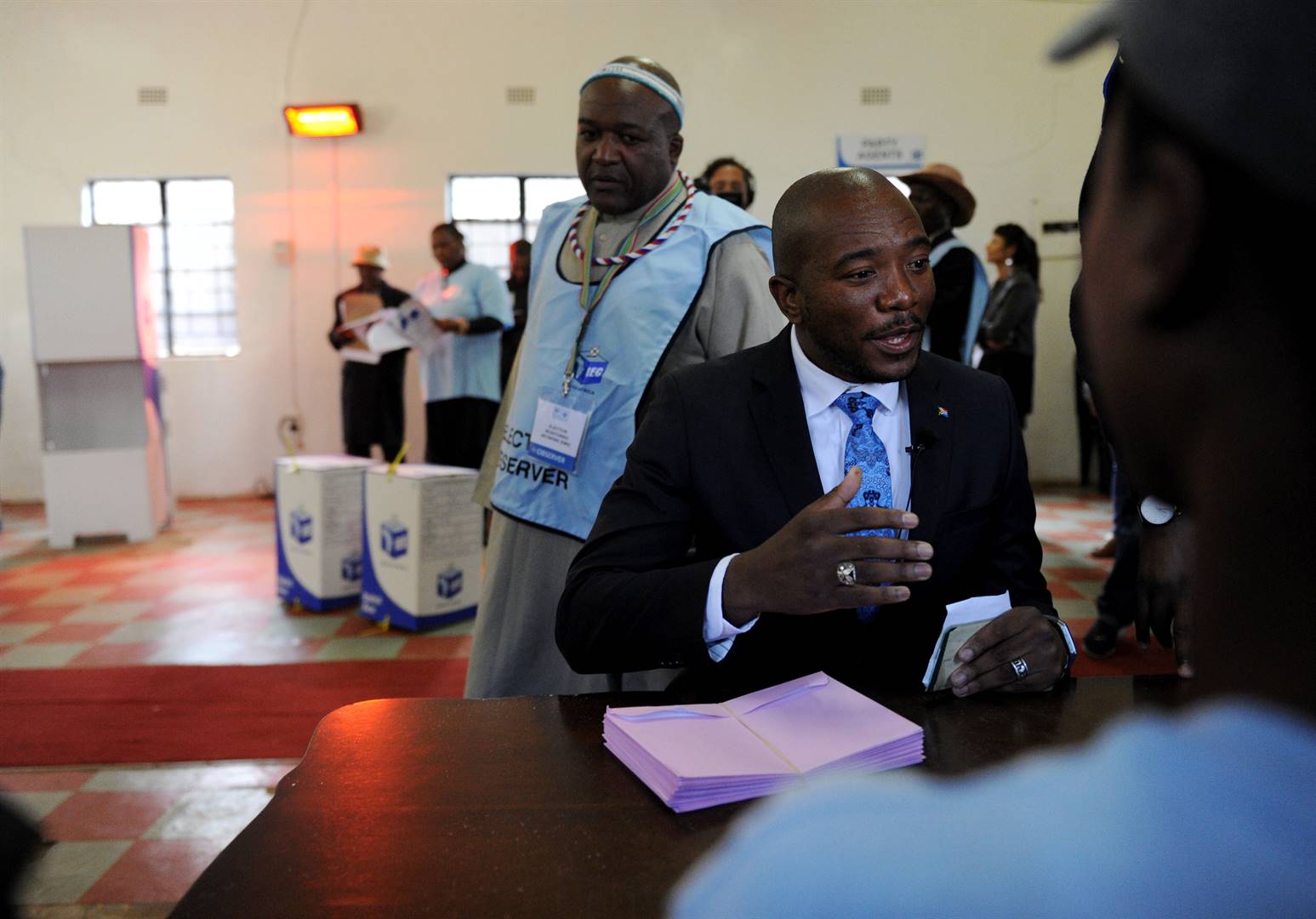 “It is about saying let Mmusi run this country so that we can take it forward and clean it up. The last 25 years we had a great start but a dreadful finish.”

“This election is about competence and building a government for all. That is what I’m working towards,” he said.

He said voting was not like a beauty contest or marriage. Instead, he said, it was about a contract to deliver jobs, clean up corruption and make sure we never speak about tragedies like Life Esidimeni in Gauteng – when mental patients died due to negligence.

“Fear says let’s stick to what we know but hope says let’s bring change and let’s bring a new chapter in this province. Let’s not be fearful now because our country is asking for more from us.”

Maimane said Soweto was symbolic for him because it represented the home of the new struggle for jobs.

“We are entering a new struggle for jobs. Vote for the future of the country and for the South Africans who are unemployed.”

Related Links
This elections, the truth is on trial
Invisible voters - What do the homeless and unemployed think of the elections
As elections loom, subsistence farmers call for faster land reform
Share
Next on City Press
Sanef announces relief fund for journalists, laments impact of ‘shrinking media industry on our democracy’

Read more on:
democratic alliancedammusi mai­maneunemployedelections 2019youthvote
MONEY MAKEOVER
What to look for when drawing up your will and estate planning