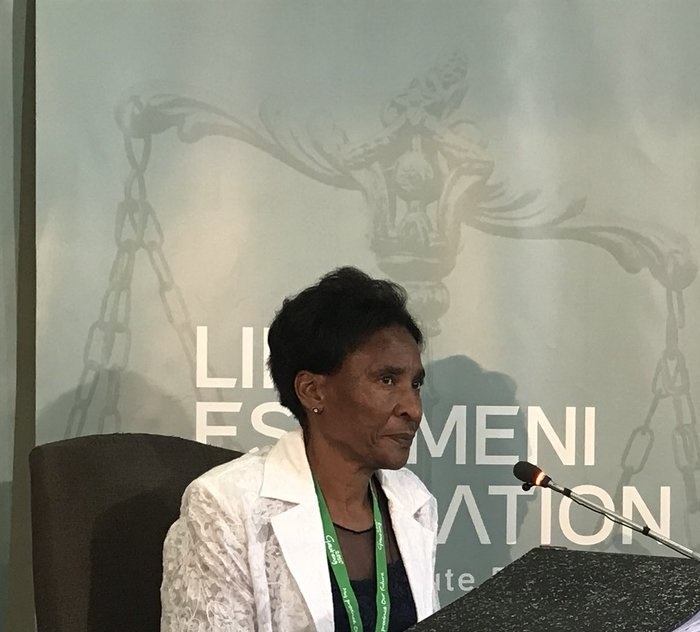 Jacobus was testifying at the Life Esidimeni arbitration hearing in Parktown on Thursday which resumed following a six-week break.

She said Manamela, who resigned from her position as director of mental health on Wednesday, instructed her to license NGOs which were designated to house psychiatric patients.

The fatal decision resulted in the death of more than 140 mentally-ill patients.

Gauteng’s suspended head of health, Dr Barney Selebano, who approved the transfer of the patients to unregistered NGOs, resigned on Monday.

Jacobus, who handles the NGOs operating in the province, told the hearings that she had been working for the department since the 1980s and was appointed the mental health services deputy director four years ago.

She went on to explain that the process to license NGOs is long and complicated and that it wasn’t followed in the Life Esidimeni project because Manamela had instructed her to bypass it.

“When I alluded to Dr Manamela ‘but we cannot do this because we have to follow the other processes’... again Dr Manamela said its unusual circumstances and there are time stamps for the closure of Life Esidimeni,” Jacobus said.

In her testimony last year, Manamela said that she too was given instructions to rush the process from former MEC Qedani Mahlangu, who is expected to testify next week.

Meanwhile, the Democratic Alliance has called for Selebano to be criminally charged as his resignation “was not sufficient”.

“This is not sufficient accountability ... he should face criminal charges in a court of law along with former health MEC Qedani Mahlangu and other implicated officials,” DA Gauteng health spokesperson Jack Bloom said.

“His resignation clears the way for the appointment of a new head for this troubled department which desperately needs strong leadership to fix budgetary problems and provide quality health care to all patients,” Bloom said.